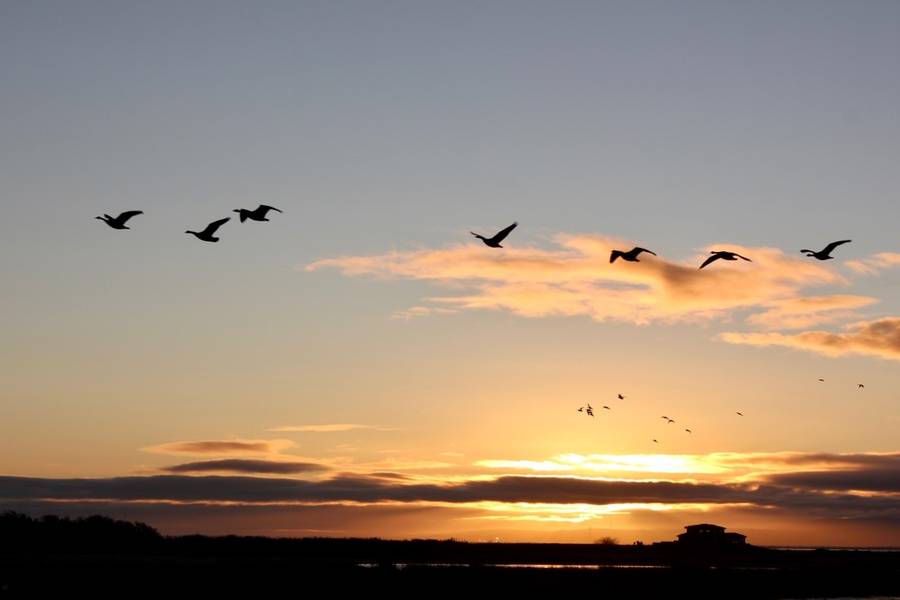 As a novice to the art of blogging the repeated advice given has been to keep the writing to a minimum and rely heavily on images. Well, as usual things in my world never seem to be so straightforward or adapt so readily to the standard. Bear with me .... WWT Caerlaverock is an exceptional place and merits the appropriate response for not only the obvious sights to be seen but for the sounds and the encounters afforded there.

Last week I took the time to familiarise myself with the site, this week I focused in on the people, and straight off I have some great news. The Swan Lady said yes!  Whoop Whoop(er)!!! 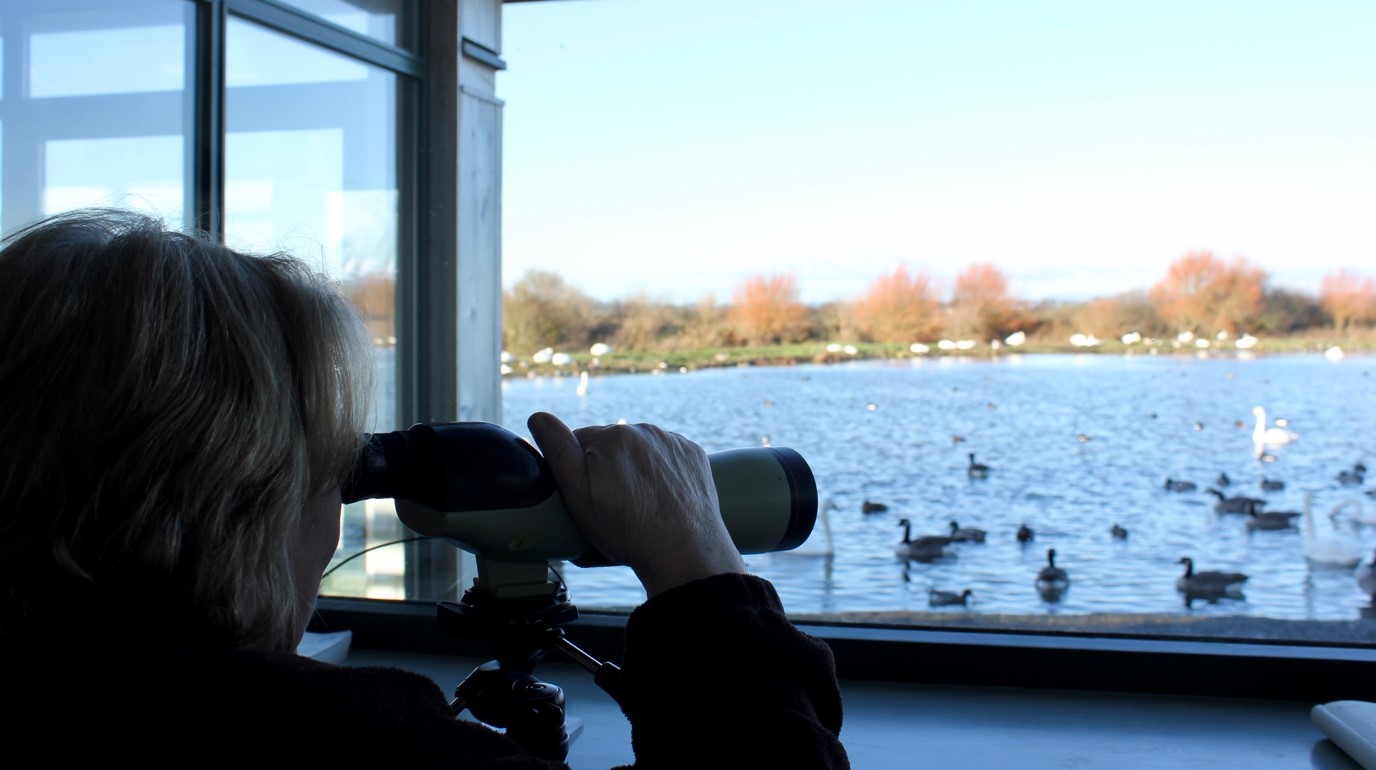 “Whooper Goldberg” and “Whooper Cushion” are amongst a few of her self-adopted nicknames and perhaps indicates why I find her so charming. A skilled musician, this lady has extended her creative ability to transform her weekly observations of the swans at Caerlaverock into anthropomorphic sketches in the forms of anecdotes, poems and even a full family tree.  Interestingly, Swan Lady finds it bemusing that her narratives have worth and sullies them under the label “unscientific”.

Serendipitously enough, I returned home with a book of images of the artwork of Sir Peter Scott, the founder of WWT, whom I discovered also had a history for humanising animals when writing stories for his brother, looking forward to telling her of this illustrious precedent! 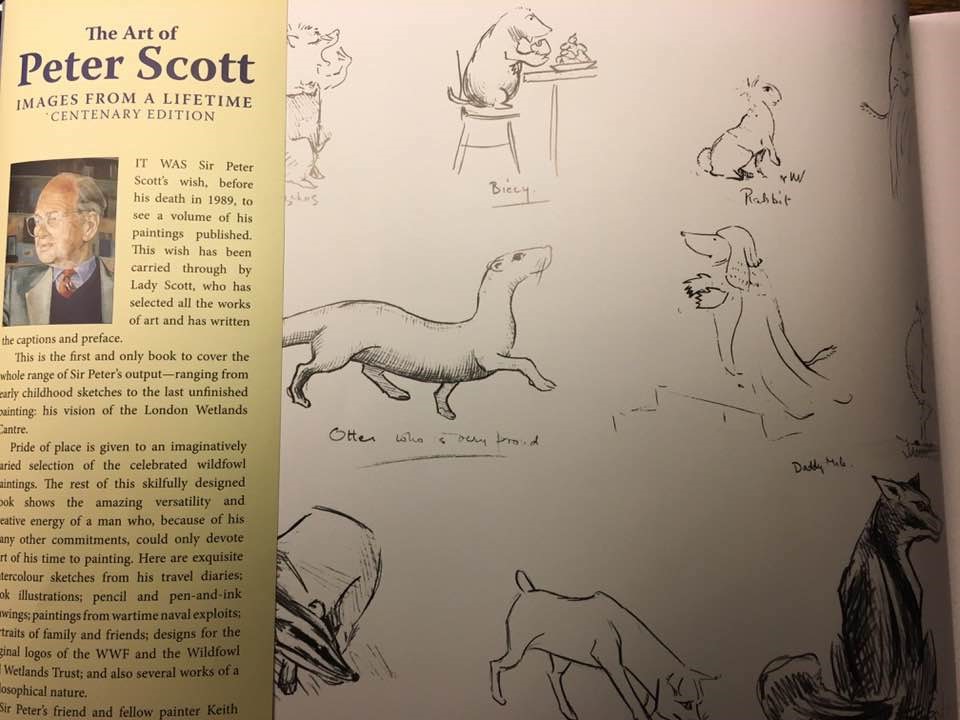 Sir Peter Scott’s WWT charity is one of the world’s leading science and conservation institutions in its field. The wildlife is intensely studied and recorded here, not only by the staff but by the visiting public. This week was my opportunity to watch the watchers.

The seriousness of image capturing is evident in the quality of camera equipment carried around by some of the photographers. I developed a serious case of camera envy accompanied with a sharp sense of shame associated with my meagre kit. My feelings of inadequacy deepened when I asked to see the photographs captured. It is not only the equipment that enables these images but the dedication and perseverance of the photographers. I came across one gentleman who had sat for three consecutive days to capture one specific bird in a precise location. There appears to be high level of pride and competition amongst the both the photographers and the bird enthusiasts. Sightings are talked about incessantly, conversations punctuated with rare birds seen and “got”. I had to remind myself several times that I was not a photographer but the compulsion to try and capture all the visual stimuli at Caerlaverock is a constant. Thankfully many of my “How do I?” questions on the technical aspects of photography were answered by another extremely helpful and knowledgeable WWT volunteer photographer Alex Hillier. 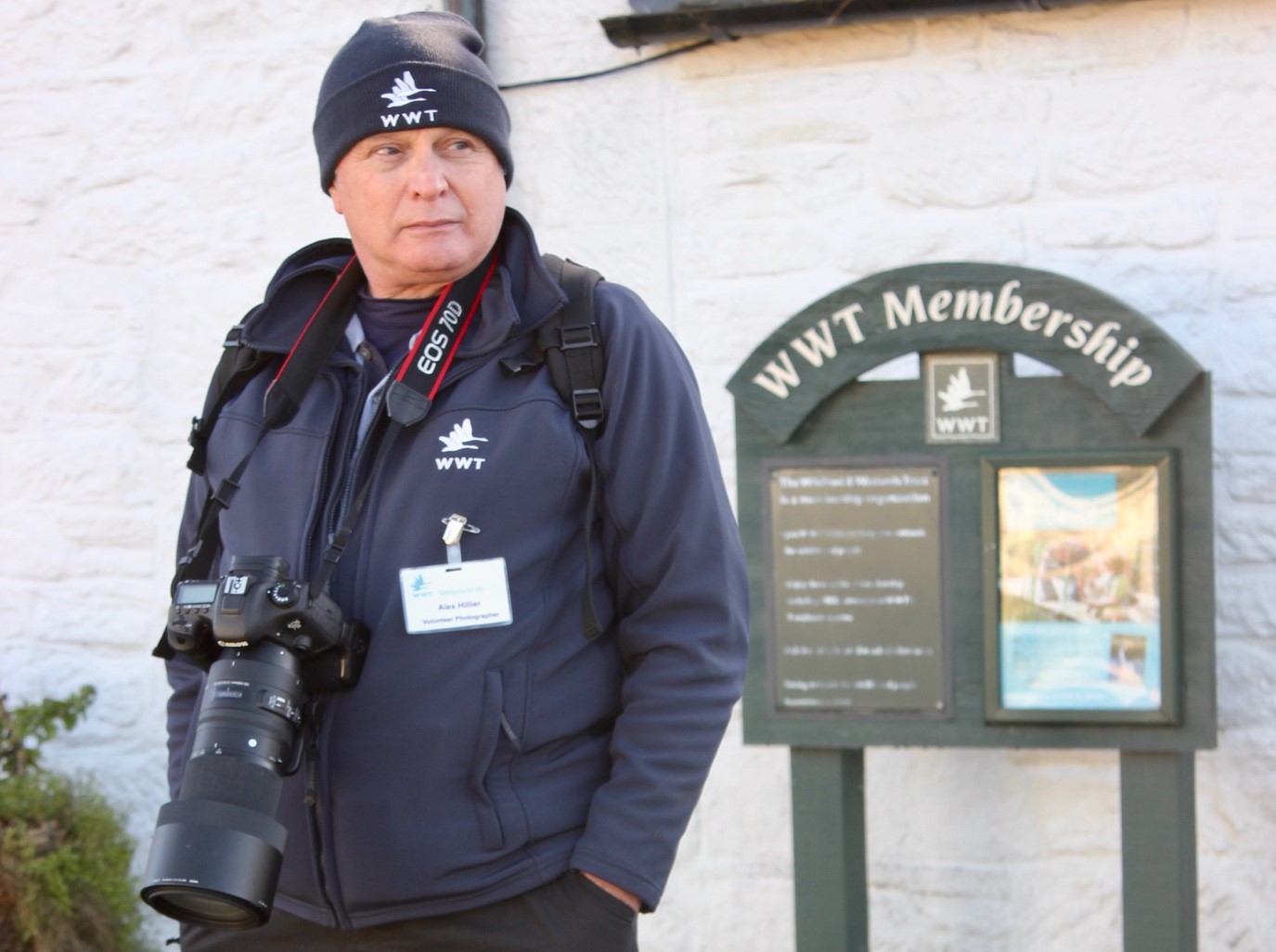 Much has been written throughout history on value of creating an image, from Plato on art to one of my preferred authors Susan Sontag on photography. At the WWT Caerlaverock site I concur with the premise that experience supersedes the captured, but with a blog to write I have compromise this! Tsk! Double standards!

One such experience that cannot be replicated through photography alone is the Dusk Flight at WWT Caerlaverock. Sunday evening I joined the Dusk Flight, where Reserve Warden Steve Cooper walked a group of visitors to the outer edge of the site to witness the barnacle geese fly out to the Solway mudflats to roost for the night. Steve is another erudite member of the WWT team whose passion for conservation very evident. 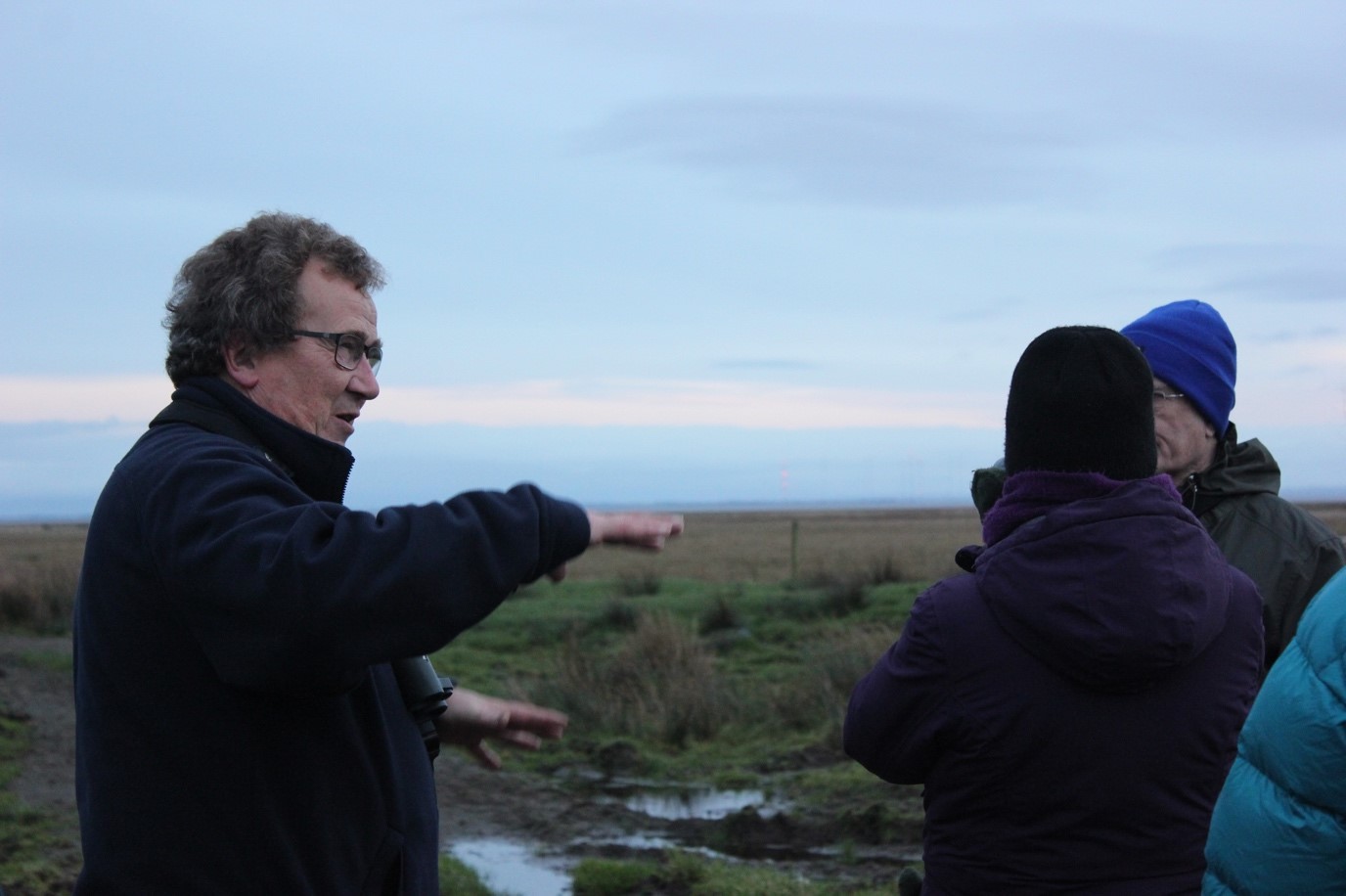 The birds move when they are good and ready, and waiting for them to take off became an intense exercise in listening to their calls to each other, anticipating the pre-cursory flight mumble Steve had talked about. The evening was cold and I had forgotten my hat and gloves, so I moved to a hide for some shelter. Unfortunately, when I was in transit, the birds decided to take off!  However, with no visual spectacle the sound experience of thousands of birds taking off en masse was heightened and an incredible experience, something that needs to be heard to be believed.  I intend to re-visit at dusk to record this auditory phenomenon, which I am told can also be physically felt through the vibrations in the ground!

This second blog has proven a real task to write. I had so much to say and feel constrained a little by the blog format. Next time I will let you in on the unique accommodation facility at the heart of the conservation site and the after dark activities! 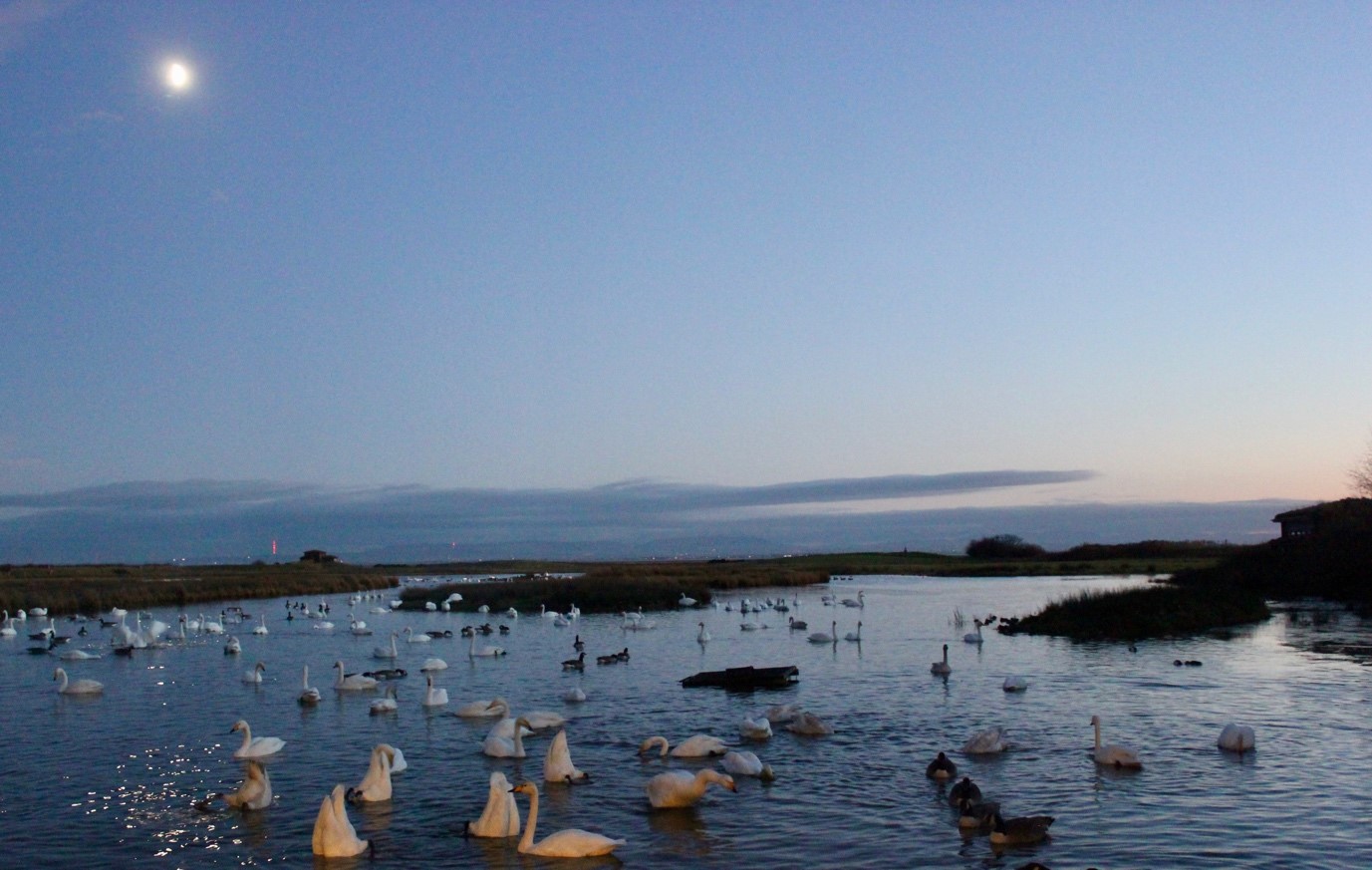 I will leave you with a few exploratory video still images taken from trying to capture the environment in an obfuscated manner … I have my motivations!

(I will be at Caerlaverock for the last time this month on the afternoon of Tuesday the 5th until Thursday the 7th. Would be particularly keen to hear any personal accounts of local landscape history and environment.) 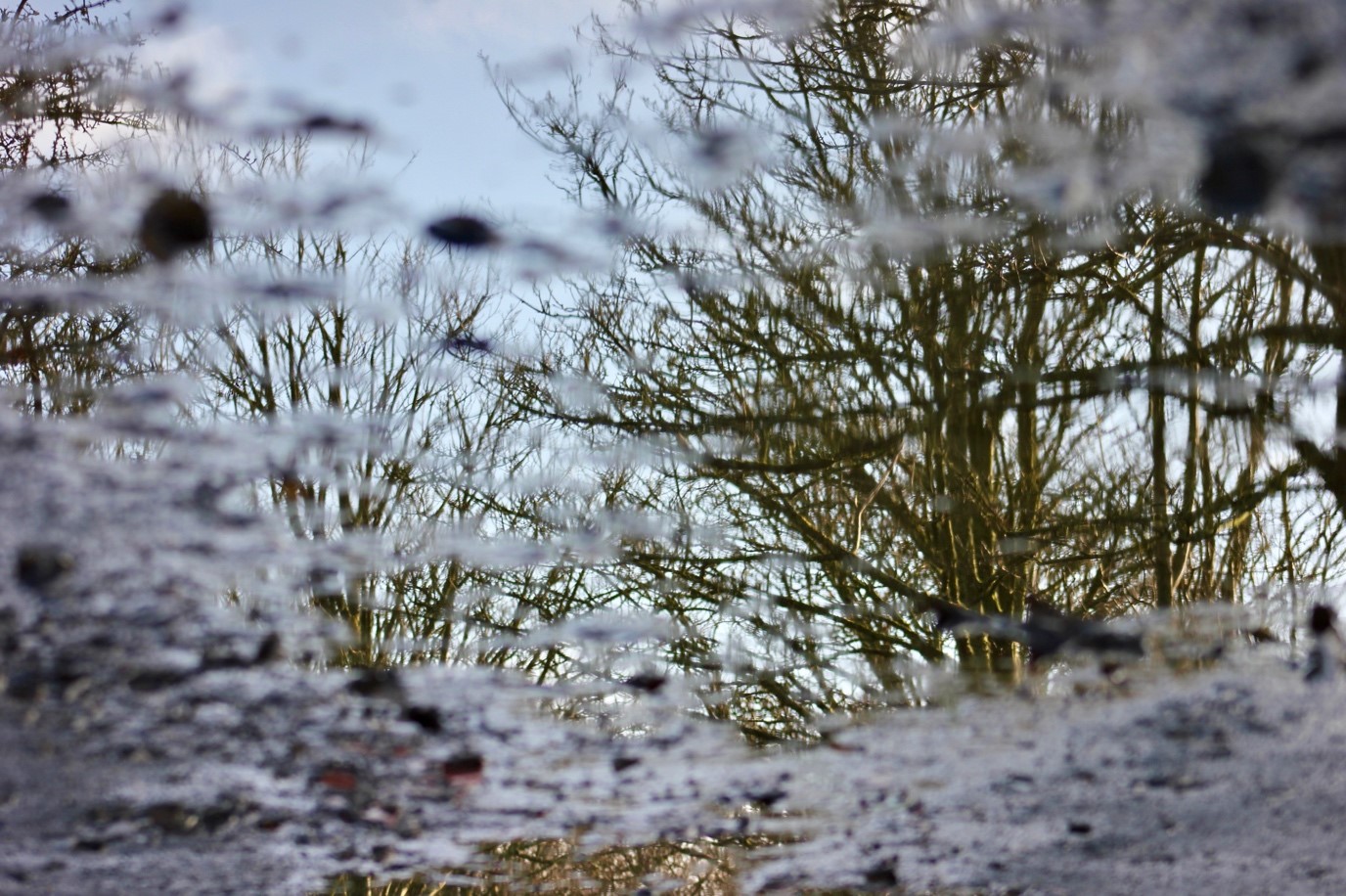 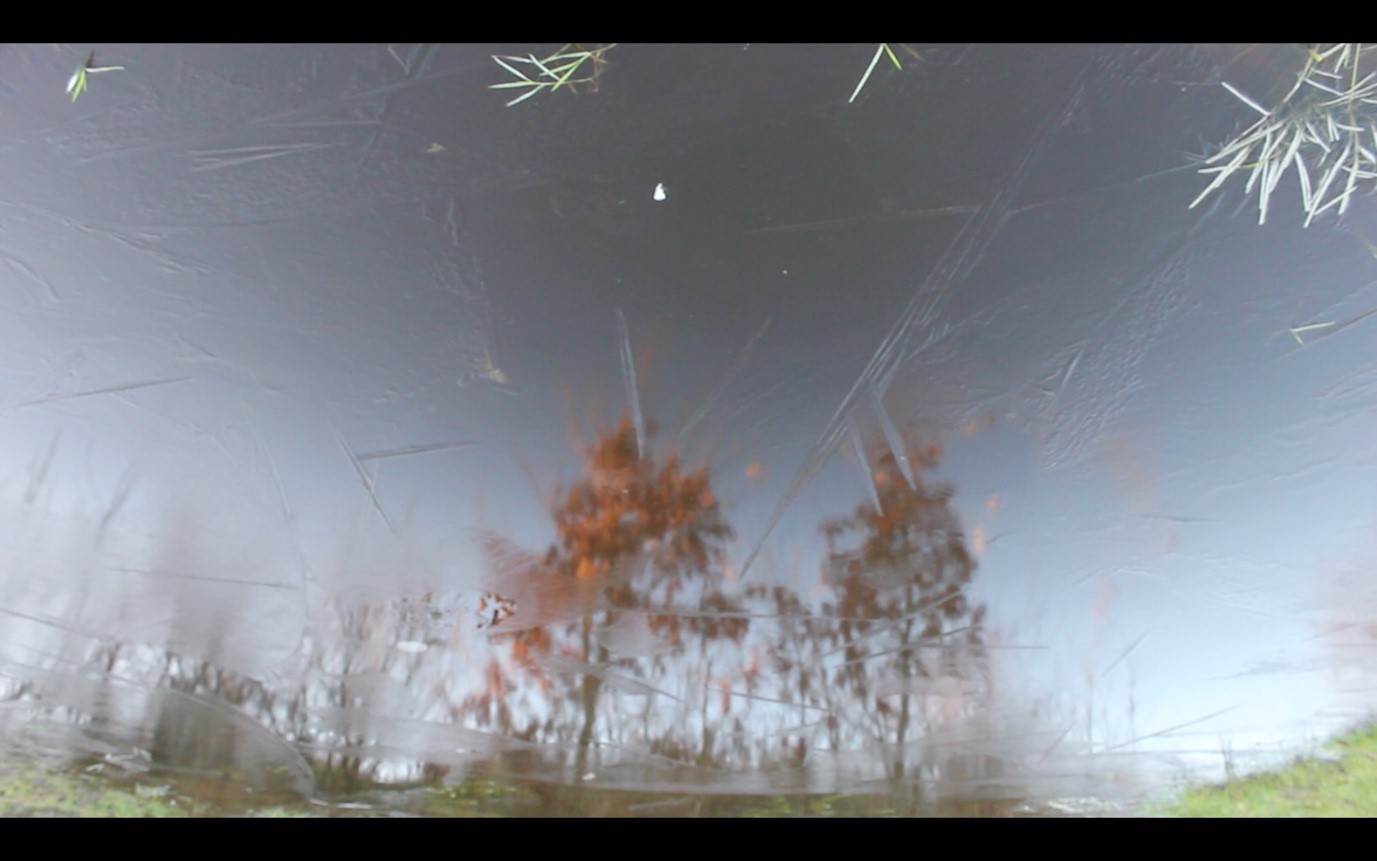 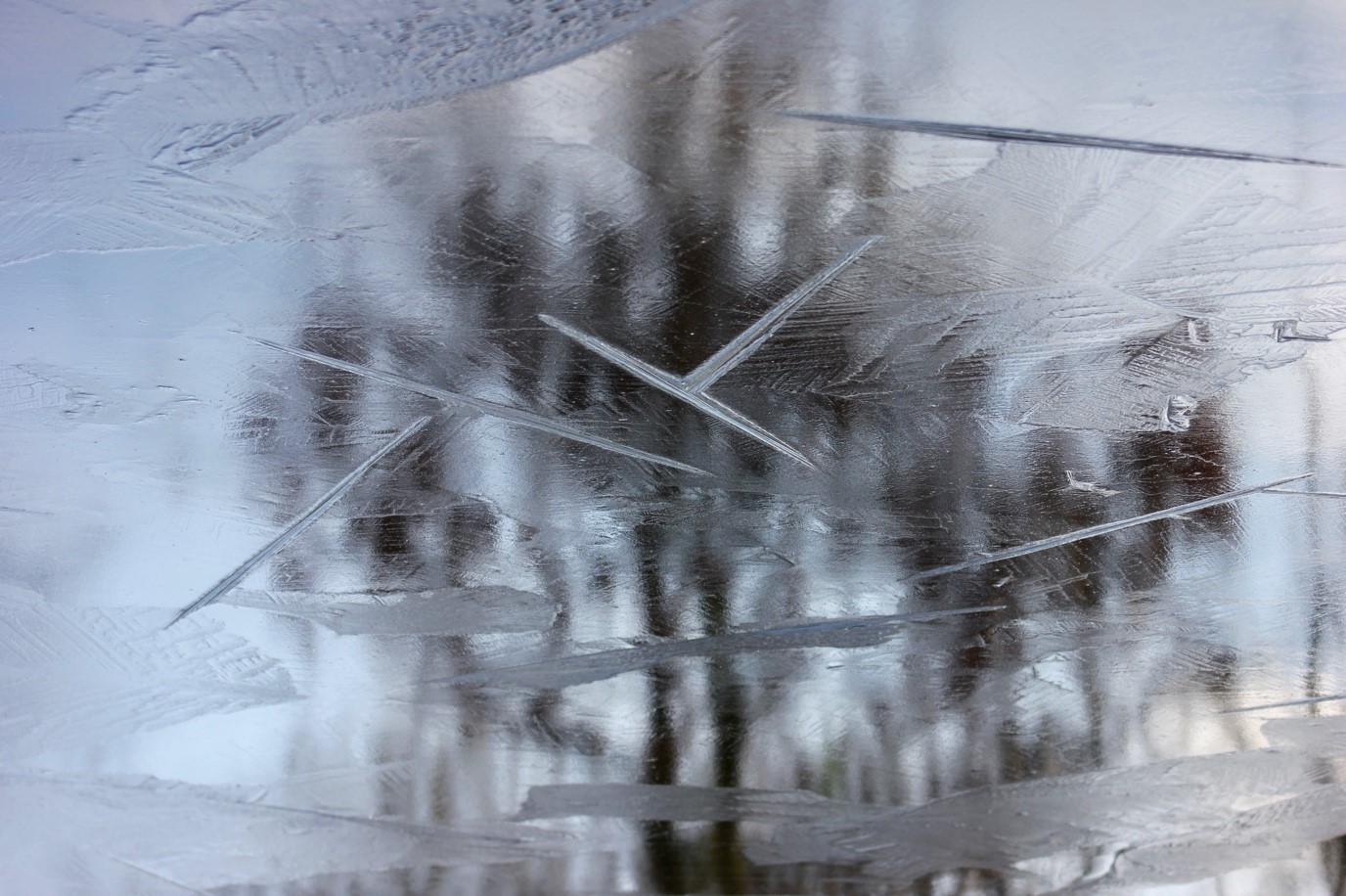