Each year, a different maker works with a small group of young people, enabling them to learn craft skills and gain an insight into how small creative businesses operate. This year our participants had the opportunity to work with Alex Rigg and his company Oceanallover.

Alex Rigg is an artist working in a number of different disciplines. His work is often of a large scale and developed for a specific context or location. He makes performance events with Oceanallover, and has designed set, costumes and choreography for many other companies, including NVA, Theatre Cryptic, Theatre Babel, Nation, Al Seed, Ramesh Meyapaan and Process 10:28. He designs and builds green oak structures that are functional and sculptural, making use of traditional framing techniques. Together with Trevor Leat, he designs and builds large willow structures, including The Wickerman for the Wickerman Music Festival in Galloway and pyrotechnic sculptures for Carlton Hill as part of Edinburgh’s Hogmanay and for Jorvik Viking Centre, York. Much of what he makes involves collaboration with other artists, musicians and craftsmen.

The Modern Maker participants worked alongside Alex in the design and creation of costume for his new production ‘Orographic’ with Oceanallover.  Participants in the Modern Makers programme looked at design and thinking processes for the creation of wearable objects; the translation of thinking into three dimensional form; choices and possibilities with materials; construction techniques including sewing, gluing, laminating, riveting, welding and wrapping. They experimented with form in relation to the human body and part of the creation process took place in a rehearsal context working directly with professional movement practitioners. The pieces created were used as part of ‘Orographic’ at locations in Kirkcudbright, Gatehouse of Fleet and Glasgow in 2018. 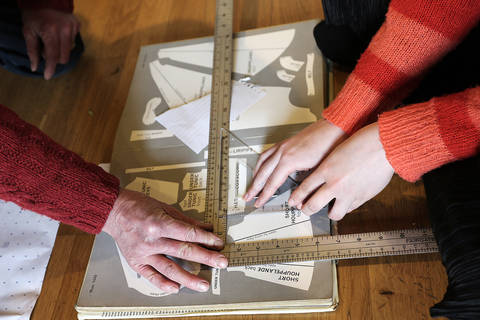 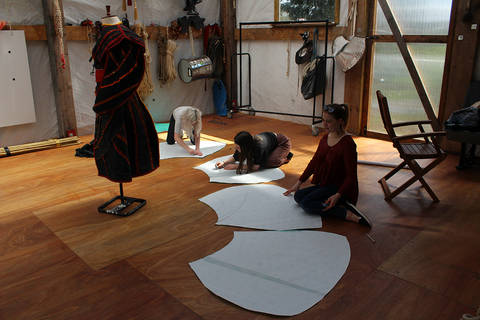 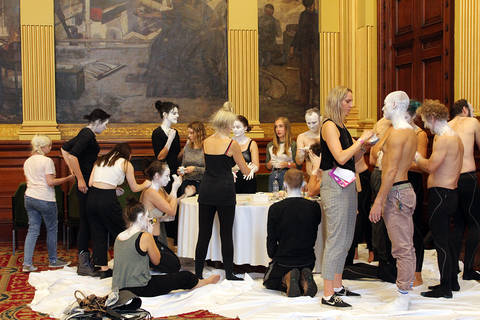