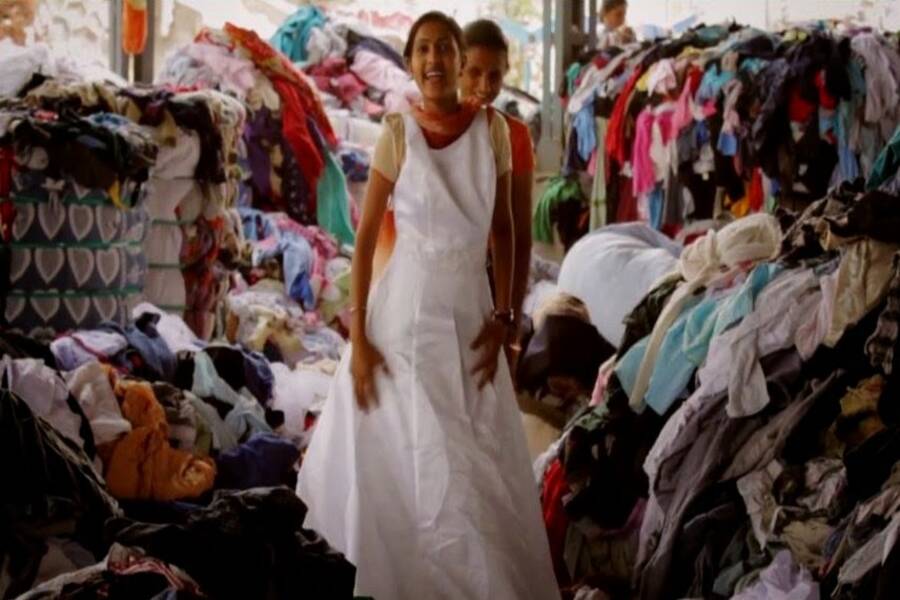 The full programme of 7 short films (a total duration of 70 mins) is available to watch online UK-wide for one week, from Friday 2 July at 6pm. Tickets are free but limited - book to watch here

Subtitles for d/Deaf and Hard of Hearing available for full film programme.

Langholm Made artist Emma Dove has assembled a programme of short films, spanning 1945 to the present day, which observe and celebrate the roles played by women across the weaving and textile industries in the UK and worldwide - from mill workers to garment makers, ‘waulkers’ to home menders, hand weavers and textile recyclers.

The archive films in particular offer a fascinating glimpse of former UK industries, working lives and attitudes that have largely slipped away. A 1945 wartime government campaign sees a family’s wardrobe of clothes come to life to suggest ways they can Make-do-and-mend so that their clothing coupons will go further. In Lancashire Hotpot - a 1946 dramatised film shot on location in Mather Street Mills, Bolton - we witness the mechanics of the weaving shed in close up details - neat rows of industrious looms, twisting cogs and firing shuttles. And in City of Women, filmed in late 80’s Nottingham, we see the textile industry in decline and a generational shift away from the ‘job for life’ mentality of working in industry.

Changes in attitudes towards women, their working roles, and the opportunities available to them (or not), are also apparent across many of the films. In Lancashire Hotpot we meet a young woman, Doris, grappling with the adverse attitude of her husband Jack, who exclaims “I won’t have my wife slaving for anybody!” over her desire to return to work in the mills, despite his own inability to work having been blinded in the war. In Miniskirts - a short public opinion newsreel piece from the 1960s -  a woman in a short dress is paraded around the city-centre streets of Plymouth to garner the (often humorous) responses of onlookers, though tellingly the model herself is denied a voice. In Natsumi Sakamoto’s Knitting the Intangible Voices, women’s marches in protest of inequality and gender discrimination within the workplace are represented through delicately hand-painted animation. And in City of Women, some women are turning to more traditional ‘male’ roles such as mechanics, yet the male interviewees consider jobs such as sewing and machining to still be ‘inherently’ female.

For the wider Langholm Made project, Emma has been interviewing members of the local community in Langholm, who formerly worked in the weaving mills within the town. In these conversations, many common themes emerged to those arising in the films - the camaraderie and teamwork, the roles of men and women, the changes in fashions and the marketplace. Former Yarn Store worker, Alan Miller, recounted how as a child he would play beneath the long lengths of fabric draped over the kitchen table like a tent - the result of his mother’s ‘outwork’ as a Darner - a theme also explored in City of Women. And as in A Million Threads - where an exhausted weaver comments “I can’t bend my fingers any more, it’s so painful,” - former Reid & Taylor Darners Mag Wilson and Ann Hislop recollected their sore, raw hands from rubbing the freshly woven fabrics, looking for faults.

Many of the Langholm Made interviewees - having eventually been made redundant or had to shift careers - also spoke about the shifting markets, industrial decline, and work going overseas. Ultimately, our contemporary appetite for cheap fabrics and fast fashion is evoked in the final film in the series, Unravel, in which we see the thousands of tonnes of discarded garments from the West which are shipped in huge bales to Panipat in north-east India, to be recycled into blankets. Here we meet Reshma, a garment recycler, who sorts through the bundles of clothes, wondering as she does so about the lives of the women who wore them previously. “They live according to their choices” Reshma observes, whilst her husband counteracts, “You tend to get dressed for other people. But at the end of the day you’ll be as beautiful as God made you.”

The full programme of 7 short films (a total duration of 70 mins) is available to watch online UK-wide for one week, from Friday 2 July at 6pm. Tickets are free but limited - book to watch here

Subtitles for d/Deaf and Hard of Hearing available for full film programme. 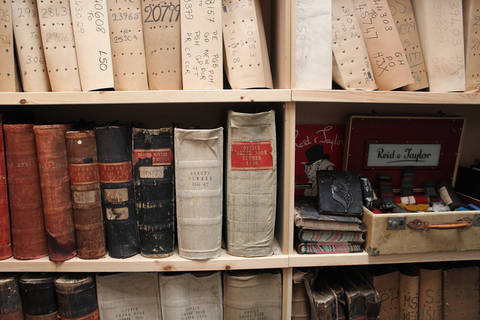 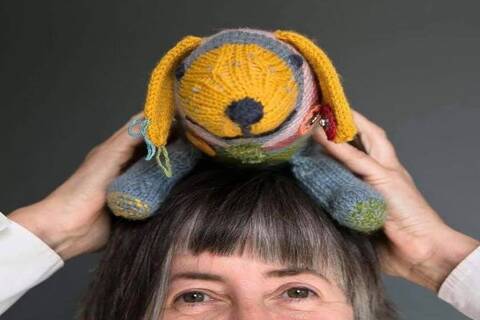 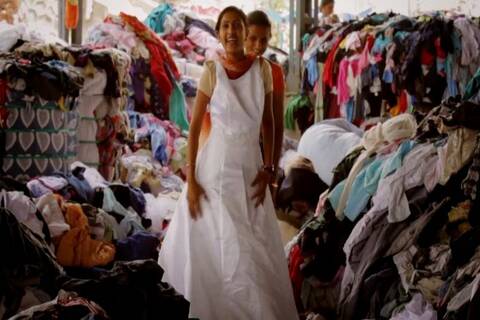 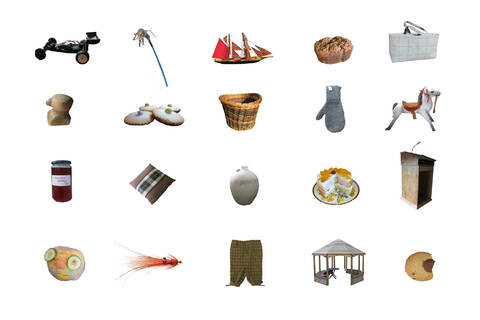 Press Release: Langholm Made - Artists Invite Residents to Celebrate Creativity Past and Present

Langholm residents are being invited to contribute to an arts project that celebrates “making” and creativity in the town – past and present. 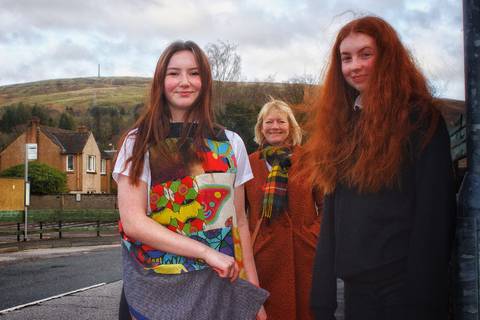 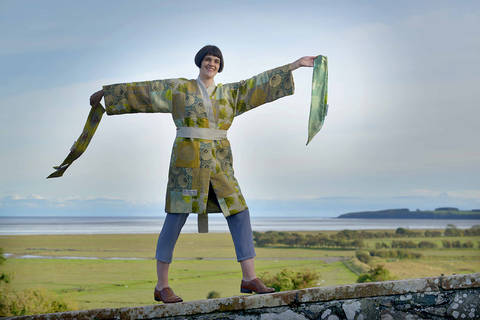