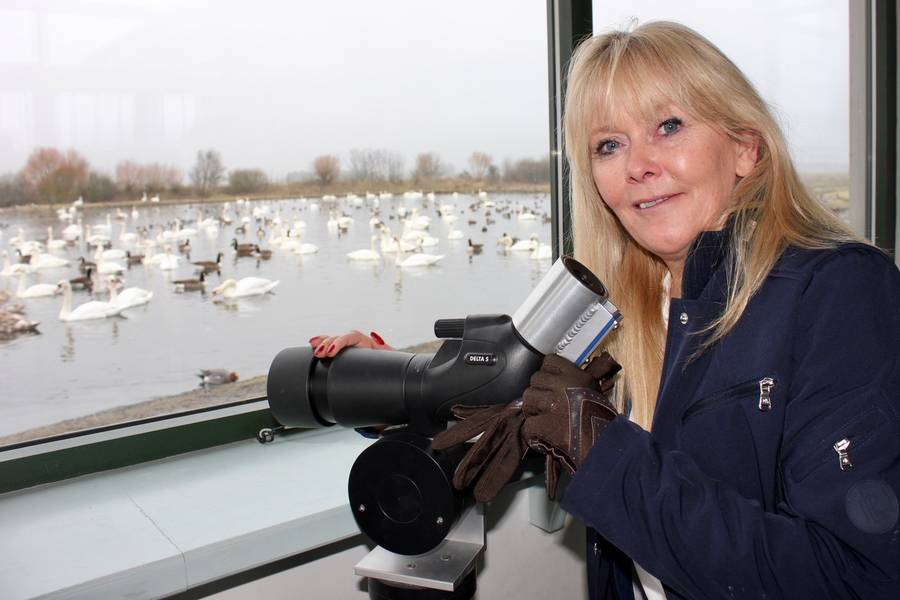 An artist exploring changes in the wildlife and environment of Dumfries and Galloway is appealing for people to share their memories and experiences.

Angela Alexander-Lloyd, an artist specialising in sound and video, has been awarded a residency as part of the three-year Artful Migration project being run by Upland (the region’s visual art and craft development agency) in partnership with Moving Souls Dance.

The initiative has been inspired by the mixed fortunes of migratory bird species, such as whooper swans, that spend part of their lives in south-west Scotland, and also by the area’s strong tradition of wildlife art.

Angela is creating art installations focusing on the transformation that has taken place in the space of a single generation, with some species of birds, plants and animals vanishing altogether.

There will be a particular emphasis on whooper swans which migrate from the Iceland to the Solway Firth each year and are one of the attractions at the Wildfowl and Wetlands Trust (WWT) reserve at Caerlaverock.

Angela has been working at the reserve, finding out about the trust’s efforts to protect and conserve the magnificent species, and talking to members of the public who observe and photograph them. Once her artworks are complete they will be exhibited at the reserve.

Angela said: “Being at Caerlaverock has been brilliant, I have discovered so much about the birds – their stories, their family lives and the efforts to combat the threats to their survival. I’ve also met some remarkable members of the public who know an enormous amount about the wildlife of Dumfries and Galloway. They are quite inspirational.

“The environment has changed at incredible speed in recent decades and I would be really interested to hear and record people’s recollections about what has happened during their lifetimes.

“That could be about the birds and animals they once saw around them in Dumfries and Galloway and which are rarer now or have disappeared completely, or perhaps the differences in the plants and landscapes. This is such a special area, I would love to learn more and share some of it with a wider audience.”

With climate change bringing new threats Angela, a former City stockbroker, is keen for as many people as possible to engage in the debate about the future of the environment. She believes that encouraging people to think about the changes they have witnessed will help bring home the scale of damage that will take place if climate change goes unchecked.

The Caerlaverock reserve is renowned for its whooper swans, which arrive each autumn along with other species such as barnacle geese. In spring and summer it becomes home to osprey and warblers which come from the south.

Brian Morrell, Centre Manager at the WWT Caerlaverock Wetland Centre, said: “It has been wonderful having Angela at Caerlaverock looking at the swans from a different perspective, with the eyes of an artist. We look forward to seeing how she interprets the marvels of bird migration and its profound impact on people in the face of climate change.”

Artful Migration has been developed by Upland and Ginnie Wollaston of Moving Souls Dance with support from WWT Caerlaverock and the RSPB.

Ginnie’s uncle George Clark left her a legacy and his brother John Clark was a keen artist who lived for many years in Gatehouse of Fleet. She wanted to give the legacy to Dumfries and Galloway in memory of both uncles.

This is the first of a planned series of residencies and runs until June 2018, with the exhibition expected to take place in May, including during the region’s Spring Fling open studios weekend on the 26th to 28th. Artful Migration has been set up to:

Amy Marletta, Projects Director at Upland Arts Development, said: “We are excited to have Angela as our first Artful Migration artist in residence. This area has a great tradition of wildlife art – which is something we are committed to help build and strengthen for the future.

“At the same time our natural environment has been undergoing a huge amount of worrying alterations and climate change could make things dramatically worse. Yet there are people and groups, like the WWT and RSPB, that are doing tremendous work to safeguard our natural heritage.

“We hope that artists, working with conservation bodies and the wider public, can highlight what is going on and encourage society to take urgent action to protect our environment and wildlife.

“By emphasising migratory species we want to underline the way that our wildlife, and our wider environment, are interconnected across the world and action to protect them has to be both local and global.”

Upland has been involved in previous wildlife initiatives and ran a project in which young people worked with ecological building designer Sam Booth to create a new bird hide at the RSPB Scotland reserve at Crook of Baldoon, near Wigtown. 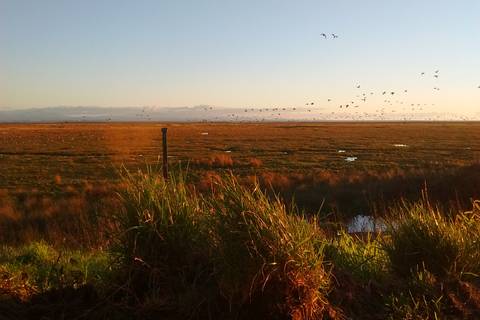 An artist residency at WWT Caerlaverock 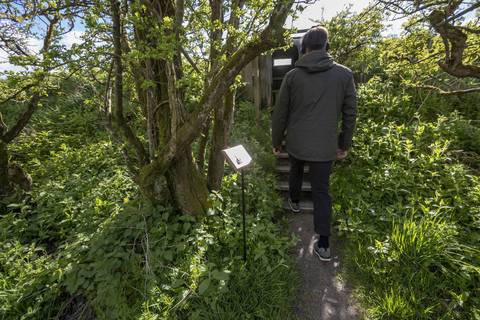 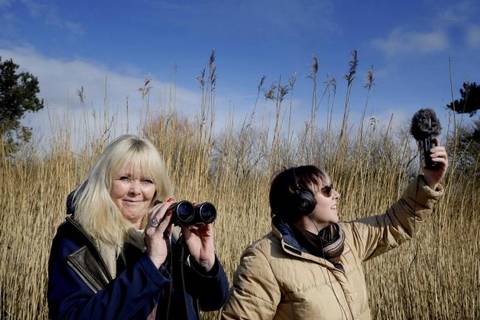 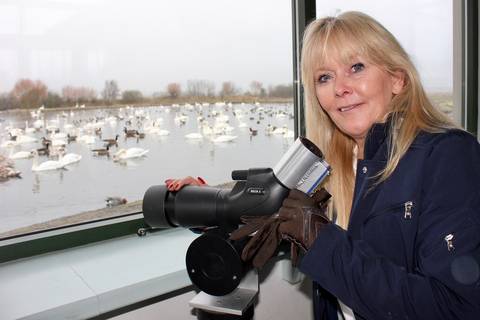