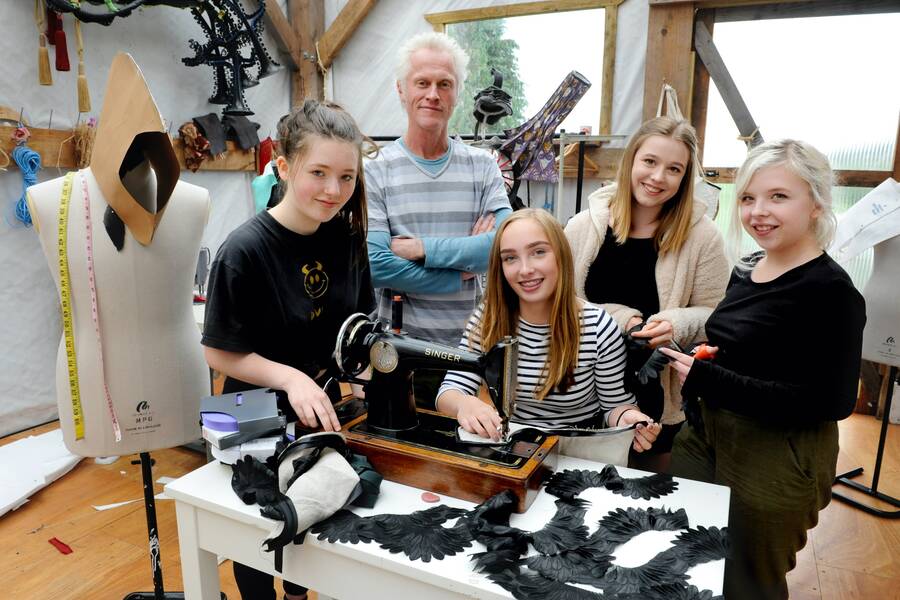 Jewellery, pottery, print-making, woodwork, glass-making and costume design – just some of the skills that have been passed from one generation to the next through Modern Makers.

The Modern Makers programme (originally known as Modern Heritage Craft) is being celebrated in an exhibition taking place at Gracefield Arts Centre, Dumfries, which is now open and runs to 25 June.

In the seven years it has been going the programme, run by Uplands Arts Development CIC and closely associated with the Spring Fling open studios event, has teamed up small groups of young people from Dumfries and Galloway with highly skilled makers and artists across the region.

It’s a practical programme through which young people can have up to 30 days’ experience taking part in a highly creative project that can help them think about their future careers.

One of the 2018 cohort was Hazel Fairley Keast who was part of a group working with Alex Rigg and his performance company Oceanallover to design and create fabulous costumes for a production called Orographic.

The experience had such an impact that she is now studying fashion and textiles at Heriot Watt University and has internships with Mother Of Pearl – a sustainable high end brand and Cad and the Dandy, a men’s bespoke tailor in Saville Row. She got such prestigious placements because Modern Makers made her CV stand out.

She said: “I was already interested in costume design, so when the chance to work with Alex came up it was perfect for me.

“It was brilliant experience, and when I was back home during COVID I was able to work with him on other projects, helping create costumes used by the French circus company Gratte Ciel.

“If it hadn’t been for Modern Makers I wouldn’t be doing what I am now. And once I’ve finished my degree I’m now thinking about a career in costume design or fashion management.”

Originally due to take place in 2020 to mark the scheme’s fifth anniversary, it had to be delayed for two years due to COVID.

Amy Marletta, Director of Upland, said: “The opportunities for young people to learn craft skills and what it takes to plan, then make something from scratch, can be very limited.

“Modern Makers has given them the chance to work with skilled and experienced makers of many kinds – people who truly love what they do – and pass on some skills and insights.

“We believe it’s enormously important that young people have the chance to learn about careers in the creative industries at the point where they are planning what to do with their lives.

“This exhibition celebrates the success of the scheme and the creativity of the participants and the artists and makers who worked with them.”

The history of Modern Makers

2016: Six young people from Dumfries and Galloway worked with Sam Booth (Echo Living) to design and build a bespoke structure, made from sustainable materials, for birdwatchers RSPB reserve near Wigtown.

2017: Young people worked with slipware potters Doug Fitch & Hannah McAndrew to learn about the making and decorating of pots. They also gained an insight into the running of a pottery business and took a trip to Potfest.

2018: Participants worked with Alex Rigg, and his company Oceanallover, to design and creation costumes for his new production Orographic.

2020: Despite delays and challenges caused by COVID a group of young people were able to work with glass artist, Amanda Simmons, who creates kiln formed glass objects. They then designed and made pieces of their own.

2021: Due to COVID the project was primarily online. It saw the young people working with jeweller Lisa Rothwell-Young learning how to make jewellery from beginner level, right through to stone setting and mount making and gain an insight into running a creative business.

2022: This year’s project involves the young people working with woodworker Mark Zygadlo to design and build a bespoke treehouse in local woodland.

Modern Makers grew out of The Modern Heritage Craft Project which ran in 2014 and 2015 and gave eighteen 15-25 year olds, the chance to create contemporary functional objects. The professional makers were Godfrey Smith, Ian Cameron Smith, Shona Guthrie and Amanda Simmons. 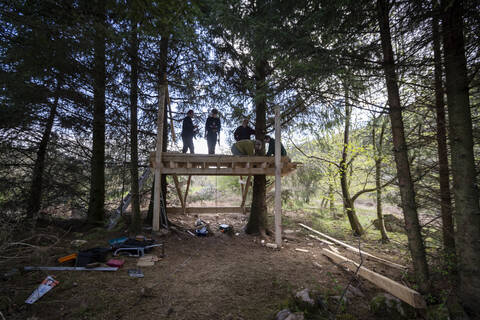 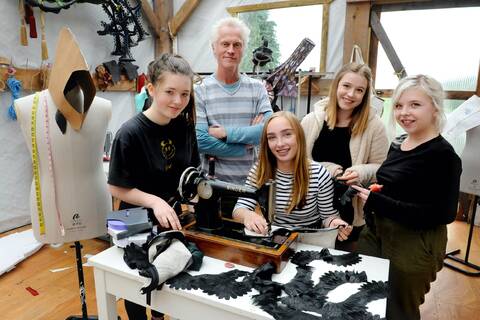