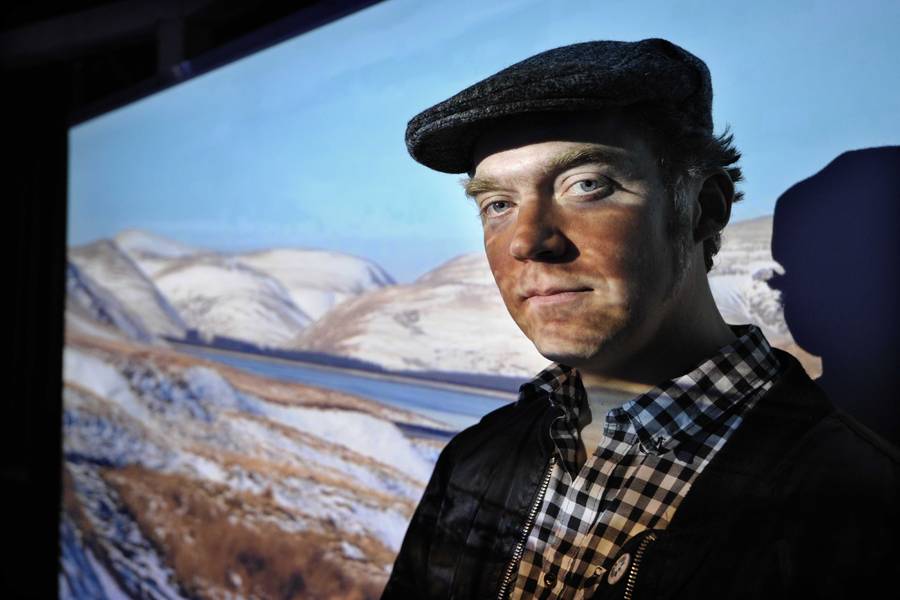 The ospreys which migrate each year from Africa to breed at the National Trust for Scotland’s Threave Gardens and Estate, in Dumfries & Galloway, are to be the focus of a film project.

Environmental video artist and filmmaker John Wallace has been named as the recipient of the Artful Migration residency which commissions artists to create new work informed by wildlife, the natural world, the environment and climate change.

Based in Annandale, in the east of the region, he not only plans to explore the lives of the rare birds of prey but also wants to look at the wider ecosystem that supports them, plus their impact on people.

John said: “It’s a real privilege for our area that the ospreys have been reintroduced and migrate here for this vital part of their lifecycle – the breeding and raising of their next generation.

“I’ll be looking at the period of their absence as well as their presence, because so much happens in the ecosystem all year round that prepares it for the return of these predators which are at the top of the food chain.

“And they have a cultural impact too. So I’ll be talking to osprey experts, estate staff, volunteers and birdwatchers about what the ospreys mean to them – and their experiences of these birds.”

Each year, says John, there is a sense of anticipation ahead of the ospreys’ arrival which is matched by a melancholy at their departure. And the sense of freedom they embody is particularly striking during this period of lockdown.

John added: “Covid-19 brought society to a standstill but nature carries on. The birds have still been free to fly while we have not.”

Artful Migration is a partnership between Upland CIC arts development agency and Ginnie Wollaston and Nicholas Parton Philip of Moving Souls Dance. It has been developed with the National Trust for Scotland (NTS) which owns and manages the estate, near Castle Douglas, and has received funding from Creative Scotland.

Originally planned to start earlier in the year, the project had to be delayed and re-planned due to the pandemic.

Much will initially be done remotely and on-site work will be carried out once restrictions are lifted. It is hoped that John’s work will be shown at Threave in 2021.

Outreach work with schools will also take place, at a later date, as part of the commission.

Amy Marletta, Upland's Creative  Director, said: “The arts have been severely affected by Covid-19, so we are pleased to have been able to adapt this project and find a way it can go ahead.

“And we are delighted to have been able to award the residency to John. His strong track record of making high-quality films about nature, the environment and society in southern Scotland made him an ideal choice.”

Ginnie Wollaston set up Artful Migration in memory of her uncles George and John Clark. John was a keen artist who lived for many years in Gatehouse of Fleet.

She said: “It is so important for Moving Souls Dance to honour the legacy of the Clark family and to be part of this new Artful Migration residency, allowing John to create work informed by the lifecycle of the ospreys at Threave Estate and Gardens.

“This year there is a special opportunity to focus on the importance of these birds to the biodiversity and ecology of Dumfries & Galloway, which reminds us that we are deeply interconnected and responsible for our survival and the future of our planet.”

Ospreys have now been breeding at Threave for more than a decade and are one of its many wildlife attractions.

Samuel Gallacher, who is responsible for the National Trust for Scotland’s activities in Dumfries & Galloway, said: “This is a great example of partnership working in the cultural sector, which we are delighted to support. We are thrilled to be hosting John and are looking forward to seeing the results of his artistic endeavours.

“The osprey conservation programme is long-established at Threave. It is supported by a highly enthusiastic and knowledgeable team of volunteers and staff, who will take pleasure in working with John to help promote the story of these magnificent raptors and their cultural and ecological significance.”

Amanda Catto, Head of Visual Arts at Creative Scotland said: “Through supporting artists to respond to wildlife and the environment, the Artful Migration residency is creating work that connects audiences to the natural world around them.

“Whilst the country has been in lockdown, nature has been thriving and we’re looking forward to seeing how the ecological and cultural significance of these visiting birds of prey is brought to life.”

This is the second Artful Migration residency and is part of a series which began in 2018 at the Wildfowl and Wetlands Trust Caerlaverock centre when Angela Alexander-Lloyd created work based around the annual migration of whooper swans from Iceland to the Solway Firth.

Artful Migration has been set up to:

Upland has been involved in previous wildlife initiatives and ran a project in which young people worked with ecological building designer Sam Booth to create a new bird hide at the RSPB Scotland reserve at Crook of Baldoon, near Wigtown. 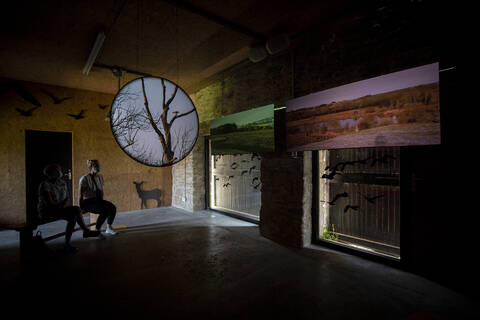 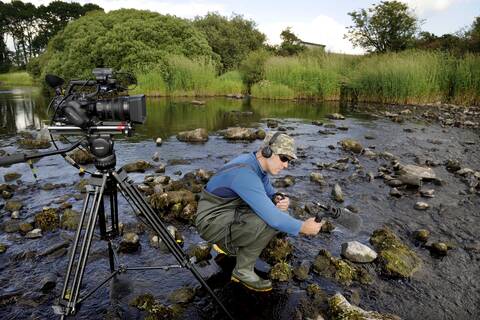 Press Release: Artist’s Year Capturing the Landscape and the Lives of Threave’s Ospreys

John Wallace's Audio-visual installation explores the environment and eco-system that is home to one of Scotland’s rarest birds of prey. 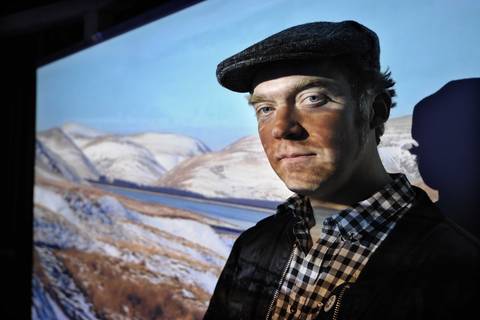