Artful Migration artist-in-residence, John Wallace, writes about his five-year journey to connect with the elusive osprey 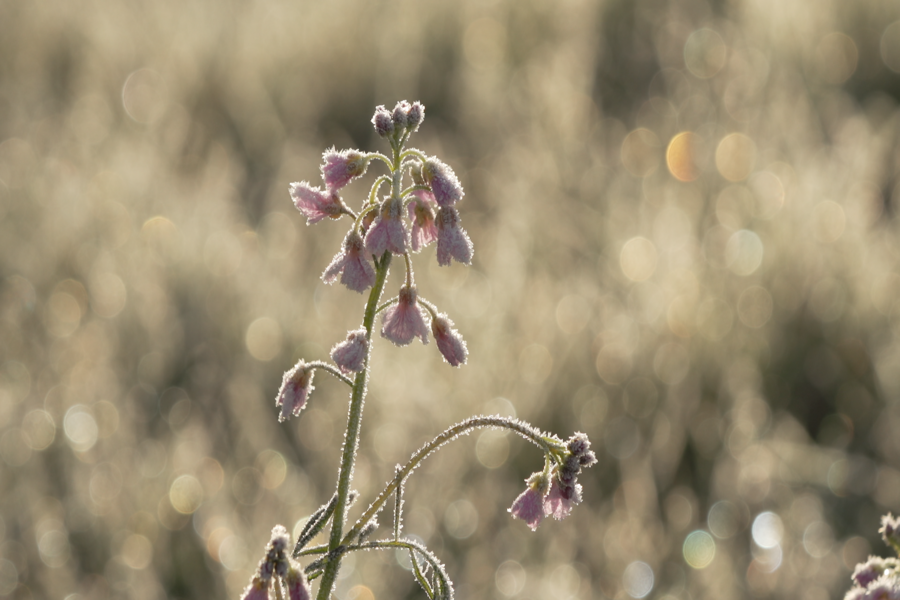 It’s good to be back, lugging my equipment down the track from the farmyard at Kelton Mains in the pre-dawn gloaming.  It’s unusually cold, a hard, grass-crisping frost muting the spring colours, mists drift in banks and streams among the hills and woods, sliding between the Whaup Islands (the Scots word for curlew) and curling behind the castle keep.  At a glance, the scene looks more like my late December visit, when ice and stark, leafless silhouettes were the main subjects of my filming.  But spring it surely is, and the ospreys, Welsh-born male Black 80 and Stirlingshire-native Blue KC, have been back for well over a month now.  During my last visit, I was lucky enough to be able to film them mating, and now the pair are taking turns on the nest, protecting the clutch from the unseasonable chill and from ever-watchful raiders - jackdaws, ravens and their more recently arrived cousins the magpies chief among them.

Ospreys are not early risers, so while the dawn chorus crescendos from the woods all around, as soon as I gain the top of Little Wood Hill and focus my lens across the river, I can see the white head of an osprey just visible above the lip of their freshly refurbished nest.  Osprey eggs take around 37 days to hatch, with one every 1-3 days over a period of a week or so.  From postings by the ever-vigilant Friends of Threave Osprey that noted the start of egg-sitting behaviour, I calculate that today is around half-way through that incubation period.  Meeting with Osprey Volunteer Hedley later in the morning, he confirms this is probably about right, but wonders that “we might have a while to wait before we can see a chick”. He’s sure the nest looks deeper than it was, a fresh ring of sticks having been added by the parent birds to last year’s thatch. 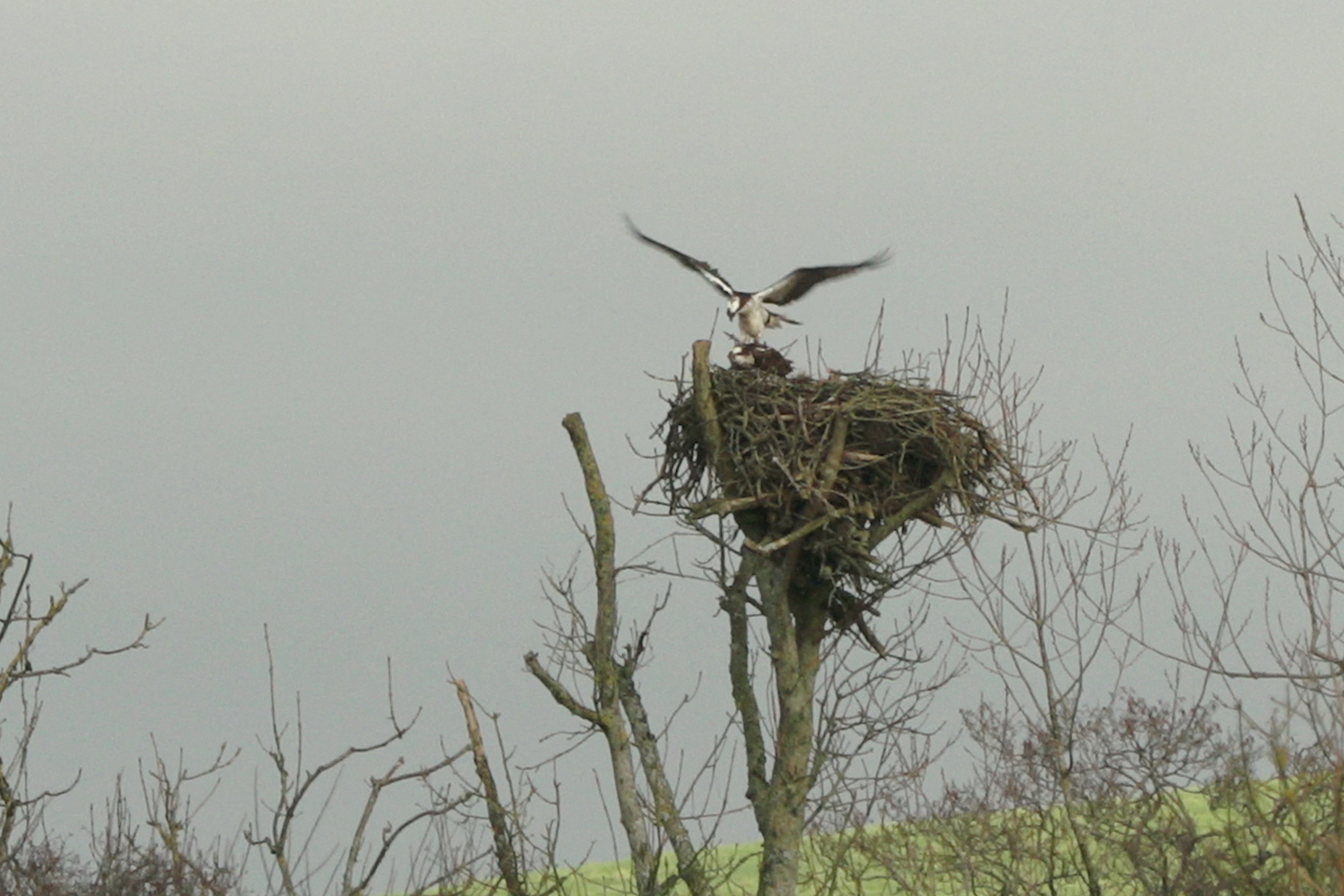 Nest depth is not all that has changed.  There has been much human activity on this side of the river while the ospreys have been away, culminating in the removal of several fences and, most dramatically, the felling of the non-native trees on Port Hill by the south side of Threave Island.  These works are part of ongoing habitat restoration works at Kelton Mains, and follow on from reductions in numbers of grazing cattle and cessation of fertilizer use on the pastures there.  The felling of so many mature trees has raised some eyebrows – on a Nature Reserve?  But it’s important to note that the majority were spruce planted only a few decades ago.  Their removal along with that of other introduced species will favour overwintering geese, which prefer open spaces, and the brash that has been left behind will become habitat for many thousands of insects.  Standard, ancient oaks and hawthorn have been spared, and will continue to help seed natural regeneration of scrub and woodland in un-grazed areas.  Already, NTS Estate Manager David Thompson has noted the colonisation of the wood’s old margins by mining bees in places that last year would have been too well-shaded to support them.

Other planned works include the creation of more areas for standing and slack water, important for aquatic insect life, their nymphs and larvae, and for small fish.  The whole of the lower reaches of the Dee are subject to sharp variations in river level caused by the operation of the Glenlochar Barrage. This is part of the extensive Galloway Hydro-Electric Project that has dominated the hydrology of the area since 1934, where water is stored in Loch Ken and released downstream to re-fill the smaller loch above Tongland Power Station.  Water levels at Threave can rise by over a metre in as little as 15 minutes, with attendant spikes in flow rate.  Calm, backwater areas along the banks suddenly become deep and fast flowing, sometimes for days at a time.  Part of the environmental plan for Kelton Mains is therefore to increase the number of areas where smaller fish and their prey species can shelter and feed out of the main flow of the river. 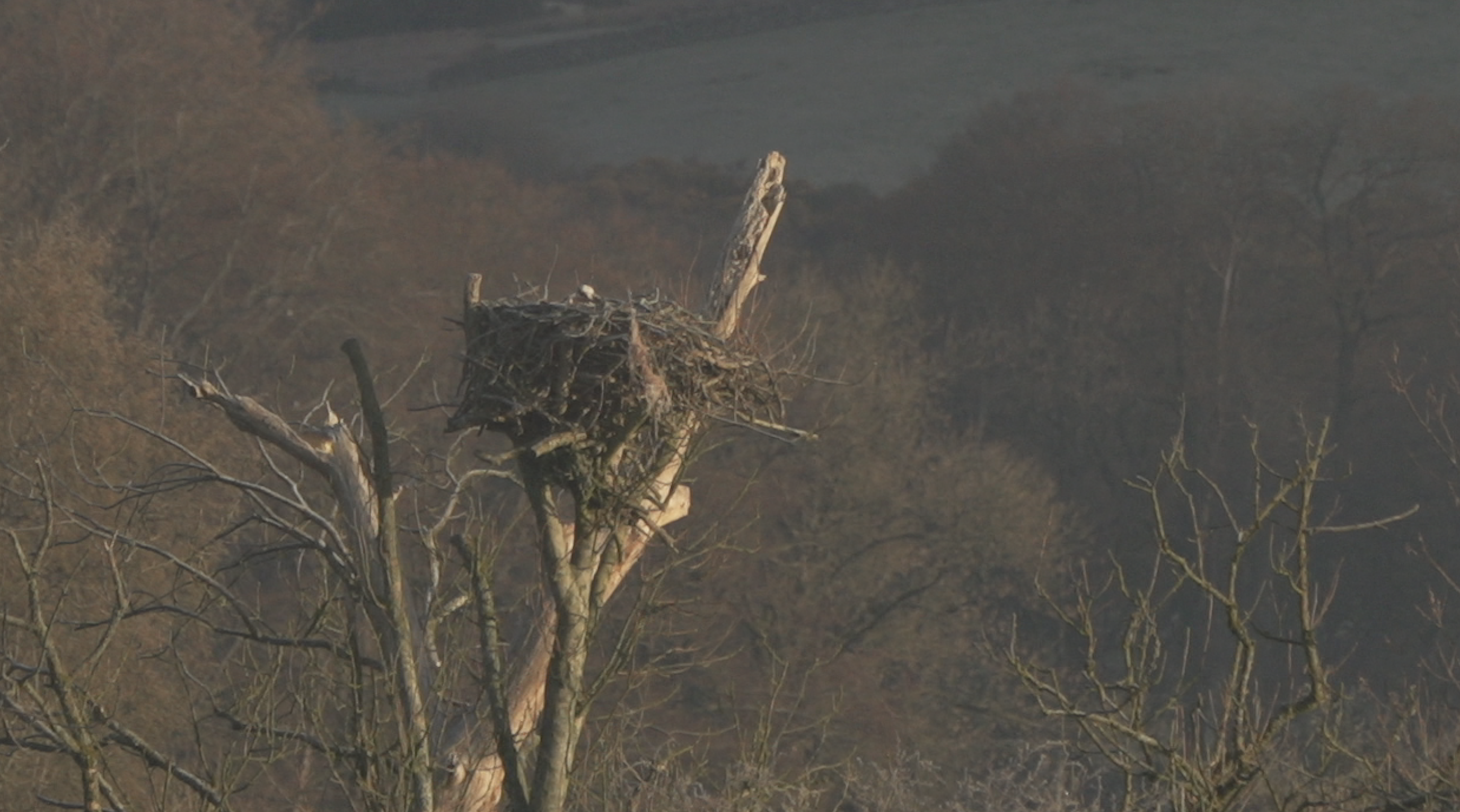 Dawn reveals egg-sitting osprey just visible in the centre of the nest.

These changes to the landscape, while appearing messy and destructive in the short term, can only help the lot of the nesting ospreys by increasing the number of larger fish the river can support.  As everybody knows, wee fish get eaten by big fish and, in summer at least, big fish around here have a fair change of getting eaten by an osprey, or one of their chicks.  In the time being and as the days warm, for first sight of the latter, we can only watch, and wait, and hope that Blue KC and Black 80 will again be successful.

Word and pictures by John Wallace