Icebergs of white feathers - so good they named them twice! 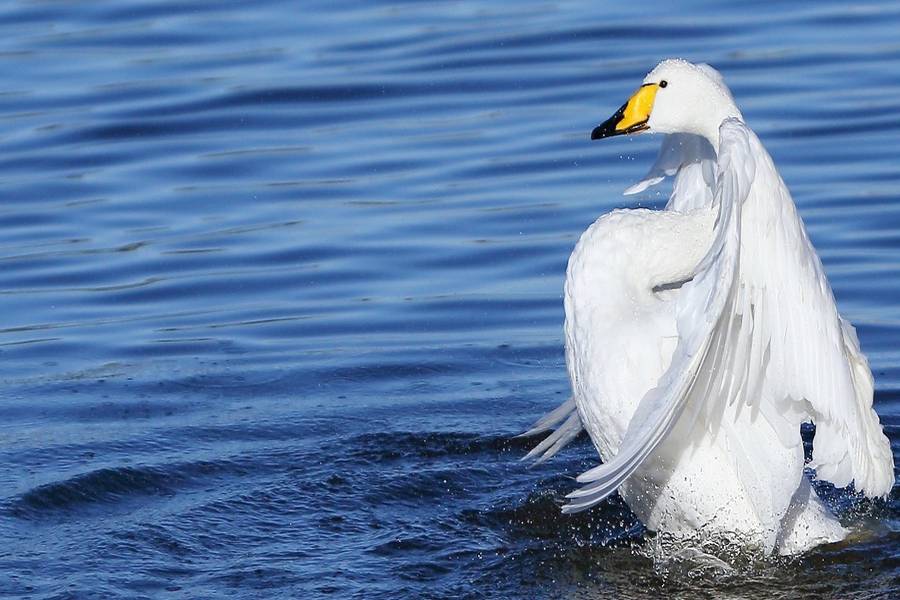 Last week was the final stage of my initial exploratory and bedding in phase at WWT Caerlaverock. My macro to micro plan started with the exploration of the site, moving from the interaction with the visitors and finally narrowing in on the focus of the residency, the charismatic and inexorable Whooper Swan.  My intention to execute this three-phase task was to singularly focus on each layer, allowing time and space to absorb and explore. However, as I was to discover from day one, the Whooper infiltrates everything at WWT Caerlaverock. As soon as you step into the car park at the site you are greeted with their distinguished calls, and although you can’t immediately see them you can most definitely hear them!

I must admit when I first encountered the Whoopers during the daily feeding sessions, they seemed aesthetically no match to the Mute swan. My bias for the Mute, stems from my familiarity to a family that annually nests at a lake at my home. So, I wondered, why on earth were these noisy argumentative birds the subject of such interest? I was about to find out. 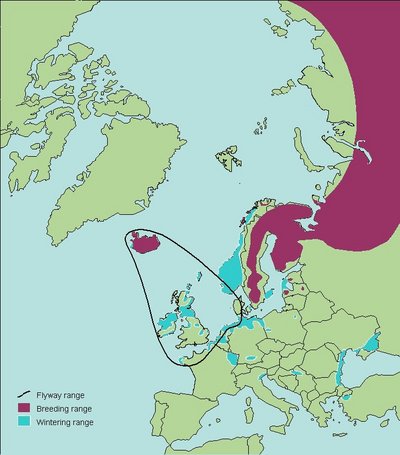 The Whooper swans undertake the longest sea crossing of any of the migratory swan species, covering between 800 to 1400 kilometres, between their nesting home in Iceland to the wetland areas of the UK.  I have heard them being referred to as the “Jumbo jet of birds”, the migratory feat made even more awe-inspiring when you understand the incredible adversities that they encounter during their seasonal journeys. During their arduous journey, they often encounter extreme weather fronts, being illegally shot at and other man made obstacles such as power lines and wind turbines which account for many fatalities. It is no wonder then that they are greeted so warmly when they arrive back and are logged in as safe and home.

The longer I spend in the company of the Whoopers the more captivated I become. They really are birds of character, endlessly chattering, (I refuse to say honking, it doesn’t do them justice!) to each in their group or to the larger flock, always competing and arguing for place or space, beautiful characters each and every one, I am a convert!

I had the opportunity to stay in the farmhouse accommodation at the centre of Caerlaverock, which had the additional benefit of a conservatory and bedrooms that overlook Folly pond, a favourite spot for the Whoopers to roost safely overnight.

Much to my relief their incessant chatter softened during the small hours, so they were much more obliging bed fellows than I had originally feared. As well as the last Whooper feed at 4pm directly in front of the conservatory of the farmhouse, the staff hide peanuts under stones and smear honey on top of logs for some other local nocturnal visitors. However, as soon as the staff leave, the mallards get out the water and upturn the stones with their beaks, feasting on the treats intended for others. Hilarious! And also a clear indicator of evolved behaviour, so interesting.

As the pond quietens the badgers appear. 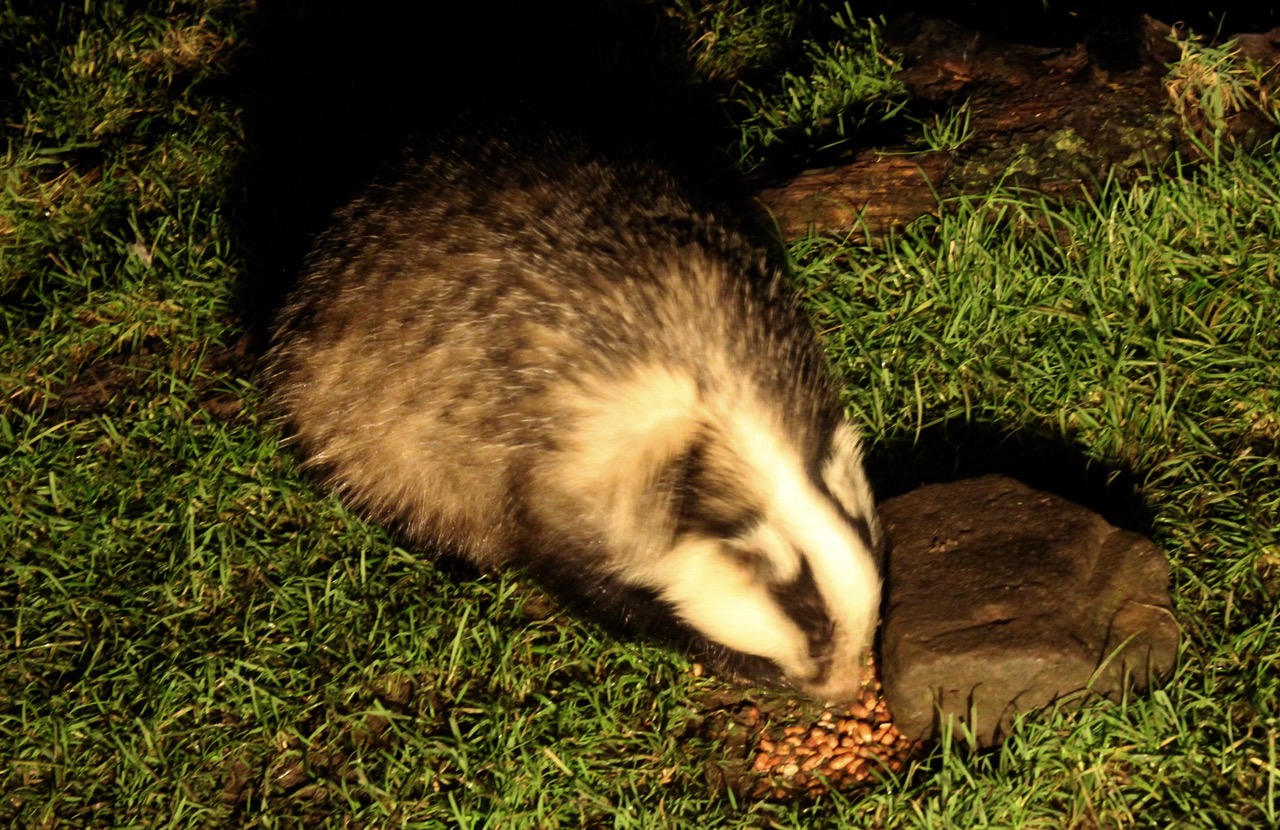 What an experience to witness these incredibly nervous animals at such close quarters. Whilst their eyesight is very poor and they did not seem to notice us a few feet away in the conservatory, the slightest noise and they would prick their ears ready for the off. What a superb end to my initiation at WWT Caerlaverock.

With the first chapter ended, I now look forward to conducting my own research and ultimately shaping the conclusion to my residency here.

To give you an indication of the areas that I will be examining over the following weeks, I leave you with a quote from the RSPB website.

“Wildlife around the world is becoming an early, and powerless victim of climate change. This trend is set to continue. Predictive modelling of the impact of a warming climate is of profound concern. By the middle of the 21st century, as many as 1 million species will be committed to eventual extinction. Researchers at the RSPB and Durham and Cambridge Universities have modelled the future impacts of climate change on birds in Europe. They have found that suitable climate conditions will shift, on average, 550 km north-east by the end of the century, under a moderate warming scenario. This will challenge species’ ability to adapt set against a fragmented and damaged natural environment. Some species will benefit – more are predicted to lose out.“

I will be back on site in the New Year. In the interim, if there is anyone in Dumfries and Galloway who have their own accounts of the changes to the local environment, please do contact me on Angelachris@btopenworld.com.

Before I go I would just like to give a shout out to Robert Fitzsimmons, who is a professional photographer and visitor to WWT Caerlaverock, and gave me permission to show these amazing Whooper swan photographs. Bob is just one of the incredibly interesting and talented people I have come across at Caerlaverock. There is no room in this blog, but I would like to show some of his experimental work in painting with light in the future.

Till the New Year,

Merry Christmas and a Happy 2018