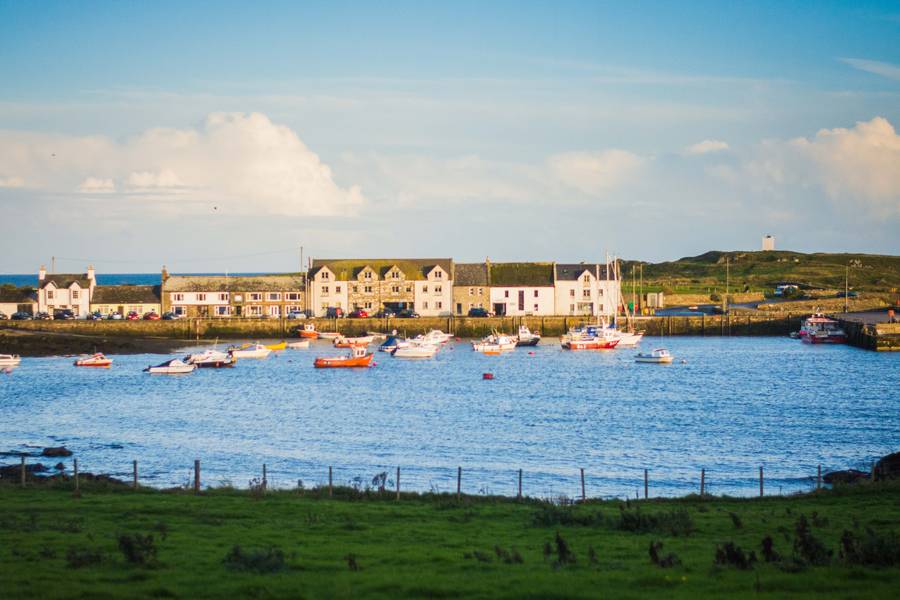 The day began early and the cottage filled with the scent of fresh mint as Houssain prepared Moroccan tea for the second 'Cafe Morocco' event.

We packed the campervan and set off for Wigtown. There had been an early morning chat show in the PHC Room and we had just a short time to make the space look and feel Moroccan. We set to work and things quickly took shape.

People began arriving and the cafe filled up. Stories told by both Mehdi (via Video) and Anne created a wonderful atmosphere and the audience was silent as they sipped mint tea. After the stories the guests answered questions about the three final themes, Time, Old and Money. Then more stories and a great discussion about two cultures coming together.

The next event we attended was 'A Taste of Syria', another opportunity for Anne to perform magical stories. Houssain enjoyed meeting the Syrian families and talking to each other in Arabic.

After the Syrian cafe, Scott and I hurried off to buy supplies as the catering had run out. Houssain enjoyed an hour relaxing in the centre of Wigtown and observing the culture. While he was enjoying the sunshine an elderly lady called Eva asked him if she could sit and talk to him..."Of course" said Houssain as he welcomed her to sit down. During their conversation Eva asked Houssain if he was missing Marrakech, then told him that she had visited Morocco five times, the first time in 1968 and the most recent time in 2015. “Every time I visit Morocco I just feel so at home..." Eva said emotionally.

In the evening, with friends we enjoyed a multicultural dinner and shared our stories about eastern hospitality.