'And They Lived Happily Ever After.. The End' - blog by Laura Hudson MAckay 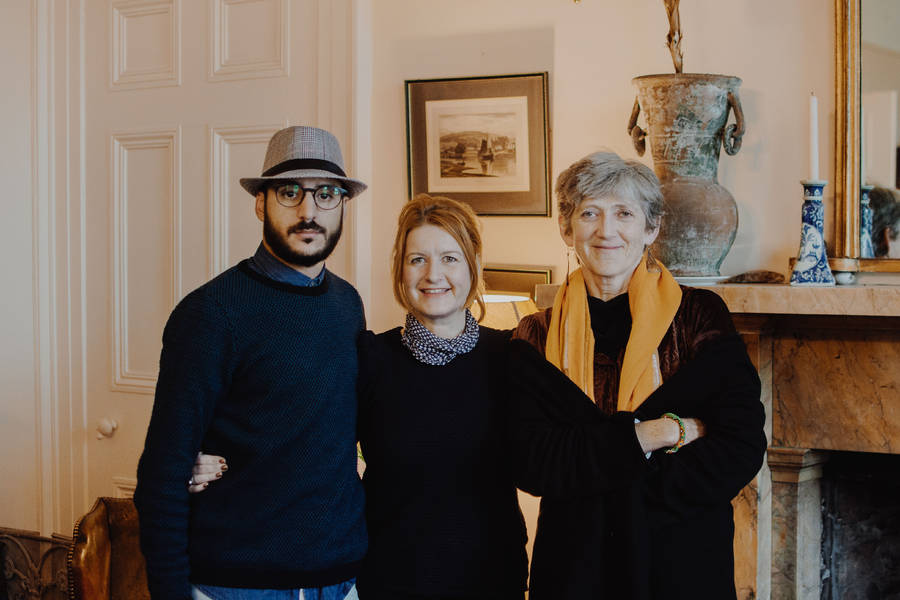 Anne arrived at the festival to attend the Wigtown Debate in the County Buildings, a panel of authors and special guests discussed issues of the moment. Anne was able to ask the panel the Confluence question, "What are the stories of the future?" The answer "We will weave our stories together!" 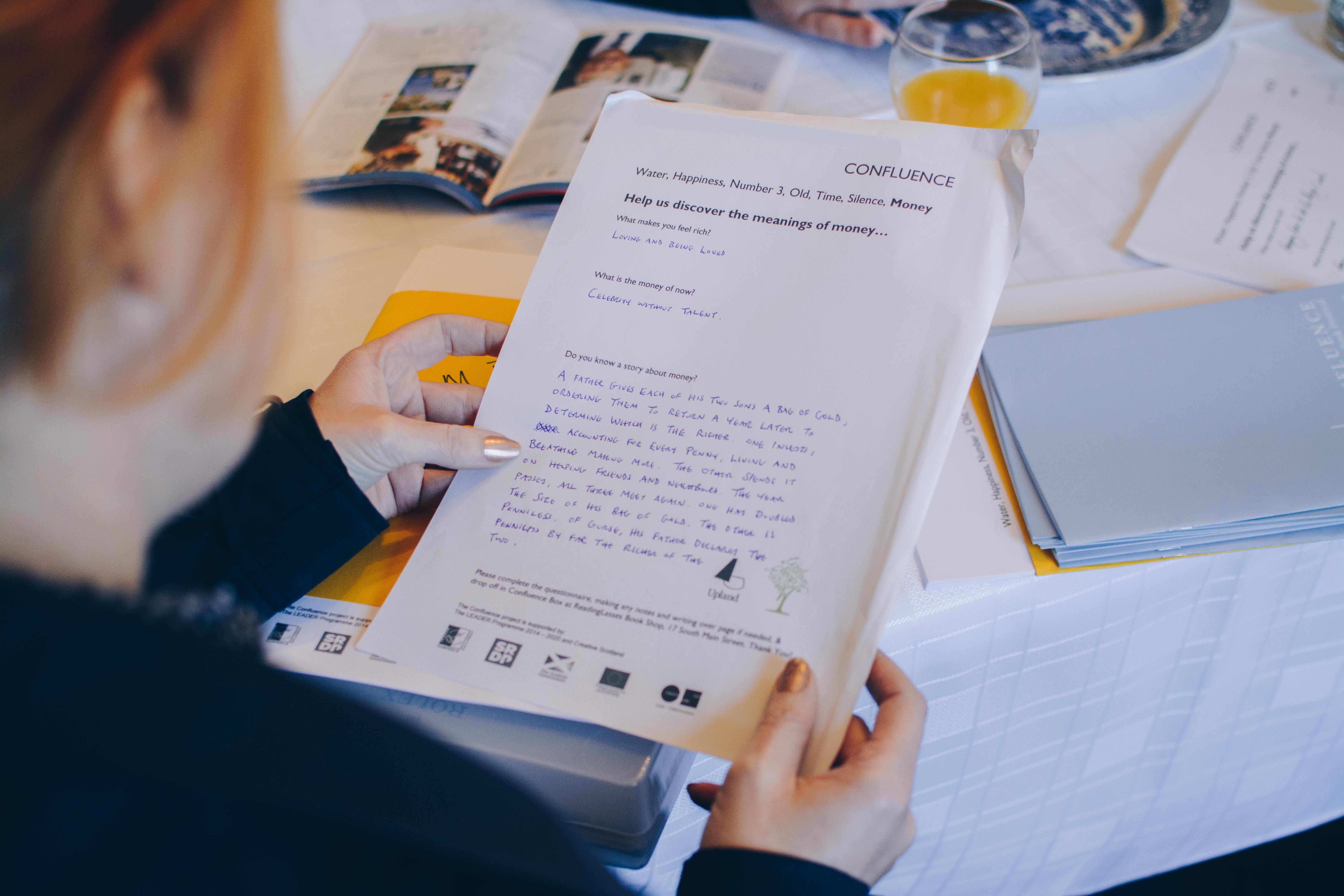 Houssain had been invited to take part in a youth event at Wigtown: The Festival (WTF) vs Writers 2017, an open competition taking place at The Burrow, where WTF members challenged visiting writers and artists to an hour of games. 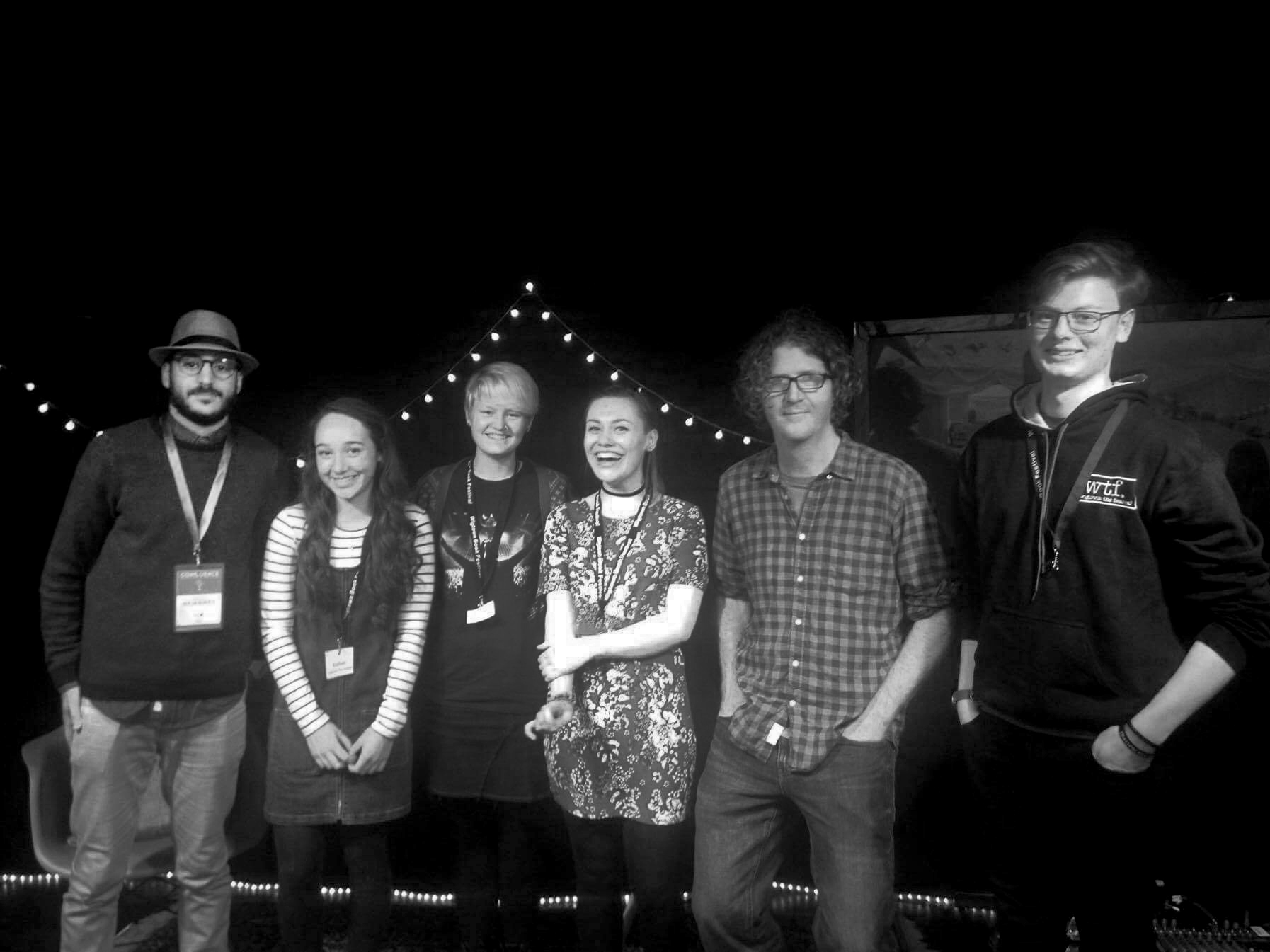 Meanwhile, I attended a talk by author, historian and professor, Tom Devine - Scotland, Slavery and Amnesia.

The talk was about research into Scotland's part in the dreadful slave trade during the times of the British Empire. "The two great Scottish trades of 18th century were tobacco and sugar. Both of these couldn’t have been produced but for slavery." - Tom Devine

Later in the afternoon, Houssain was invited back to the Burrow to be on the panel at a WTF talk. The YA Equality debate, a talk about the struggles for equality - of rights, status or opportunities. Houssain was on the panel alongside young musician, Zoe Bestel and writer, creative practitioner and consultant in the field of Gender-Based Violence, Nadine Aisha Jassat. 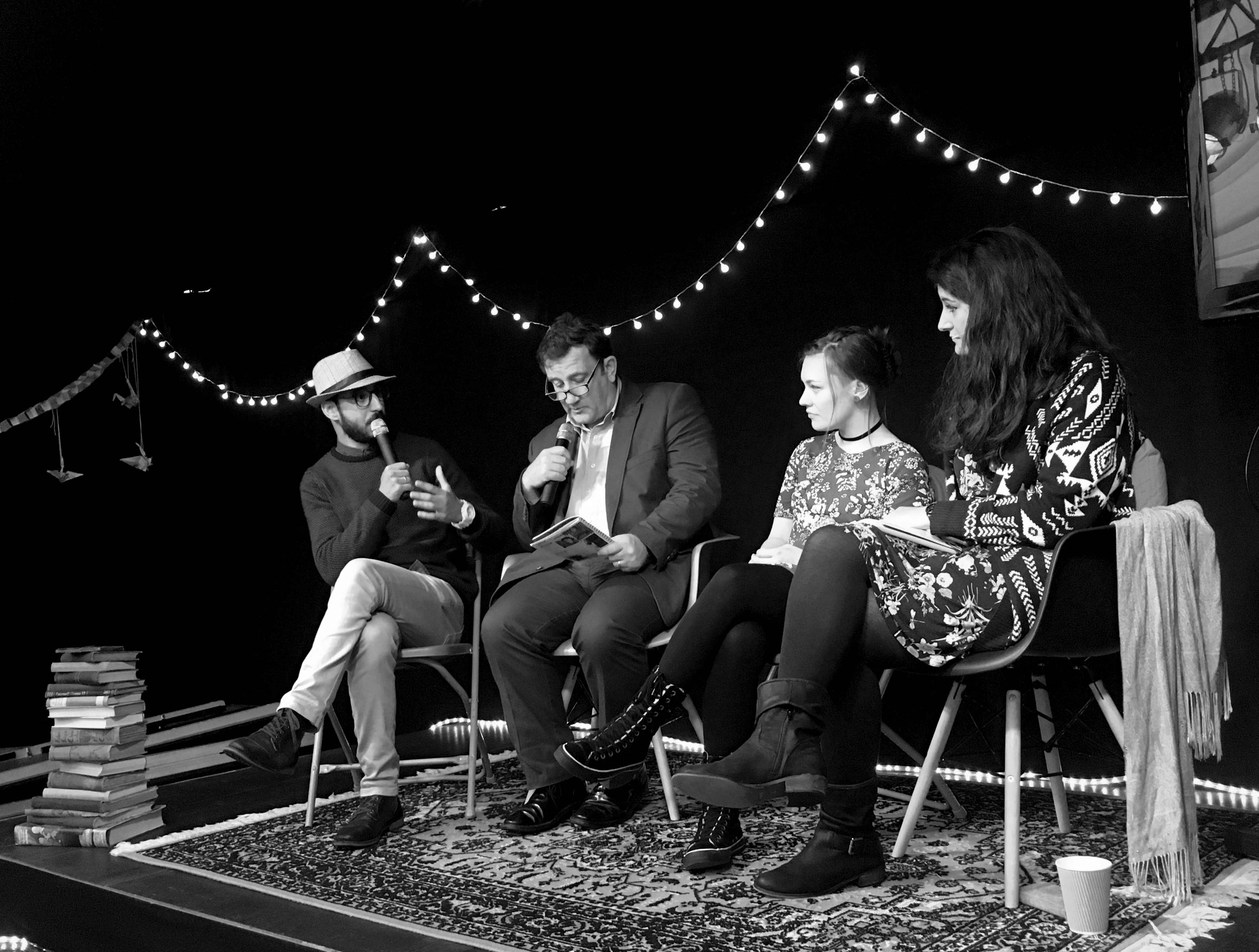 Although I'm well over the age of 25, I was delighted to be allowed to creep into The Burrow, sit at the back and enjoy the debate. A heated and enlightening discussion. 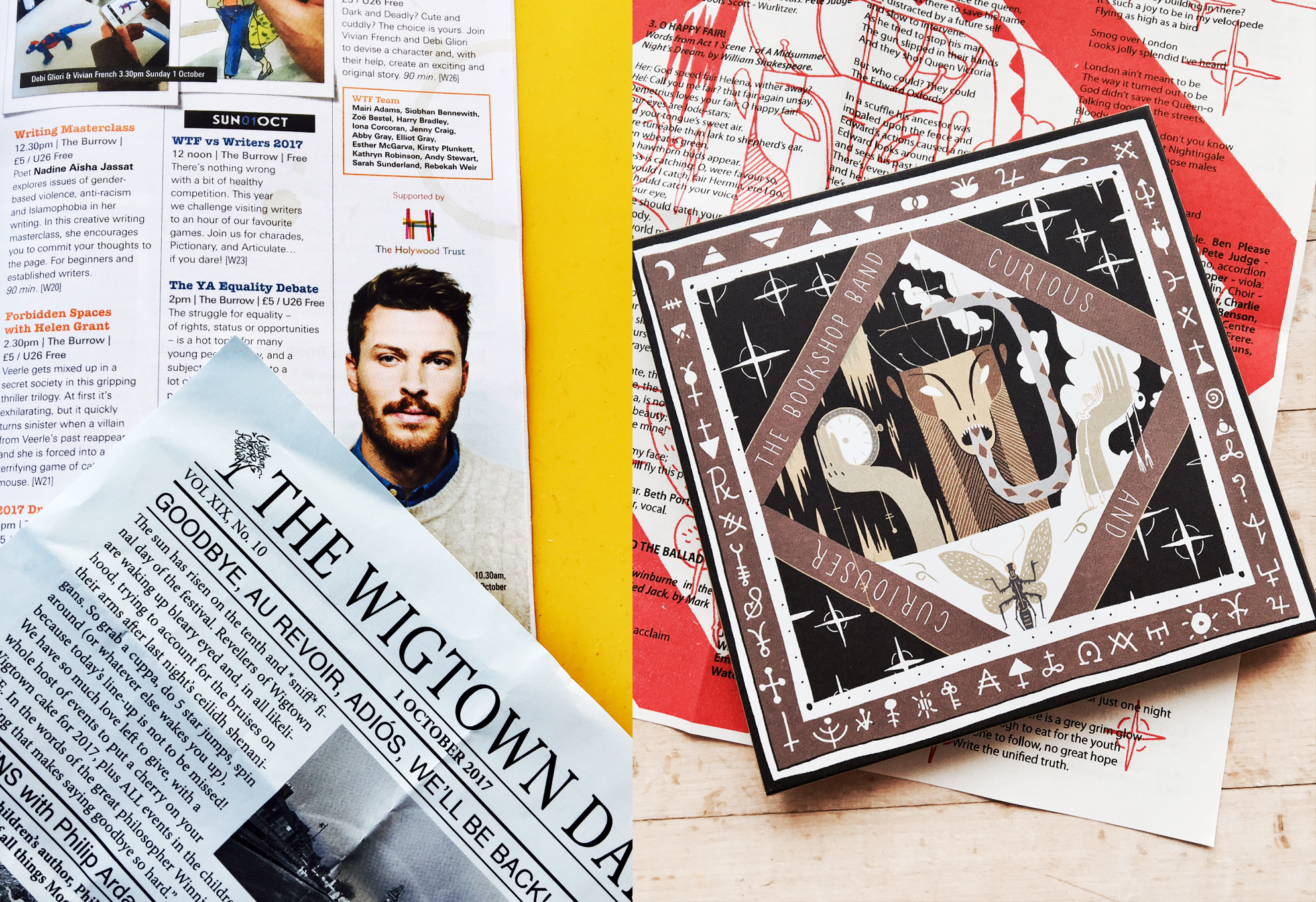 Each day of the festival I'd been meaning to head to the exhibition by The Bookshop Band, I made it on this, the final day. The beautiful display of album cover art and behind the scenes stories was on show in a cosy space tucked away from the main hustle and bustle of Wigtown. The Bookshop Band have 13 albums, all made over 7 years and I'm delighted to say I bought my first one! Curious And Curiouser, chosen for the song 'Once Upon a Time' which the band played during the chat show with the Confluence team on day two of the festival. 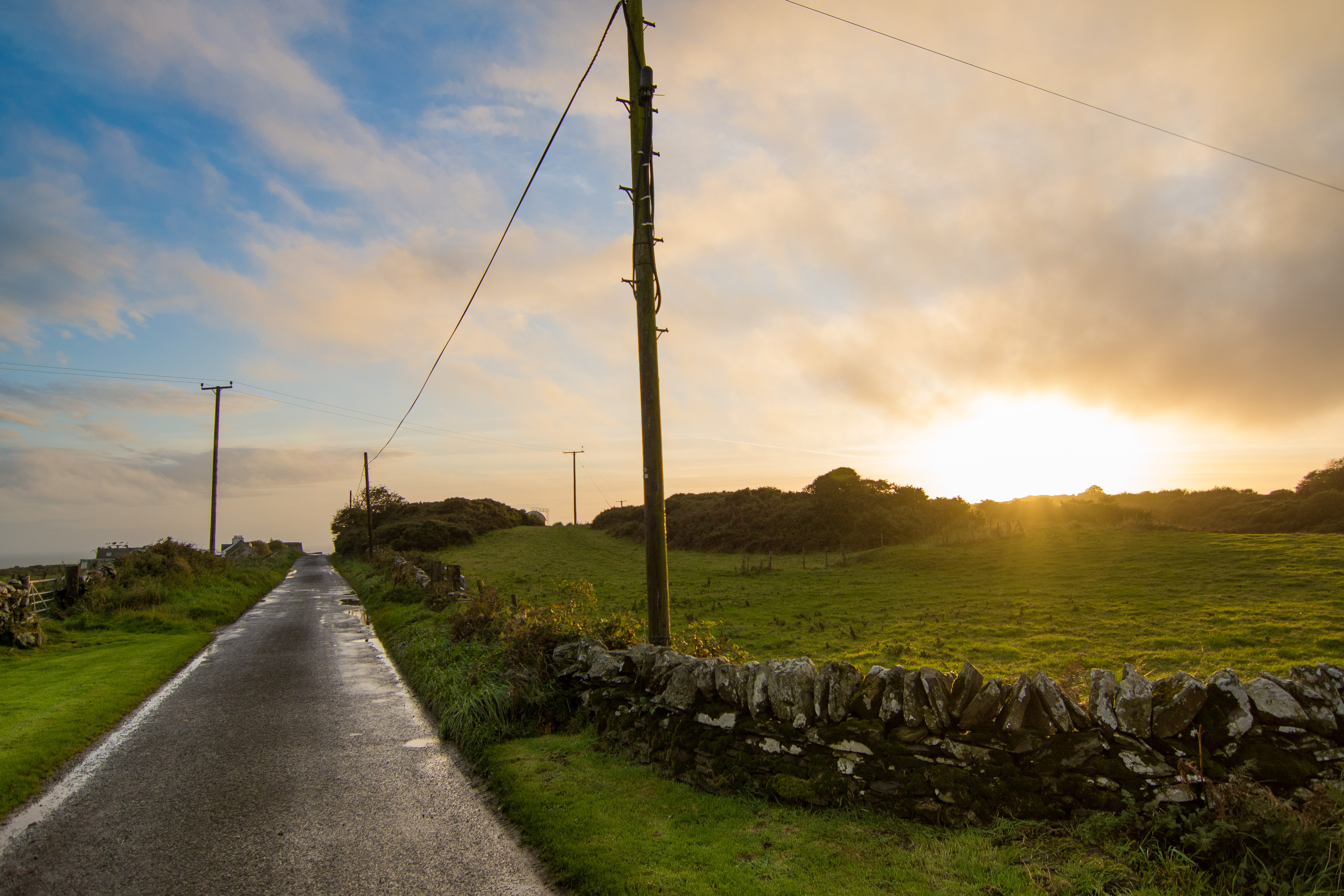 We left the festival in the evening to head to the Steam Packet Inn at the Isle of Whithorn, there, over dinner, we chatted about the whole residency experience. Our minds and imaginations have been expanded by all the talks we have attended and taken part in, we have gathered so much research from authors, visitors and volunteers, and now the hard work begins. 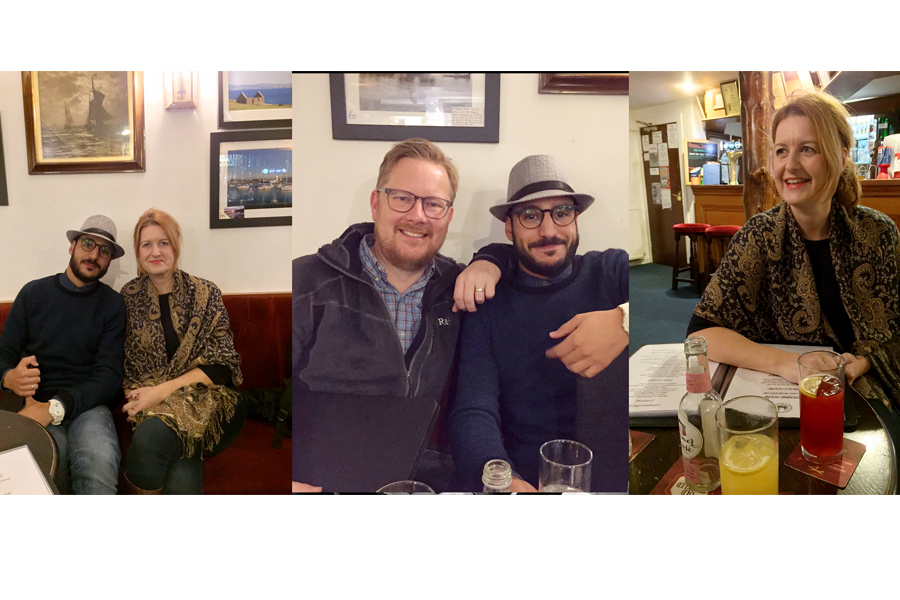