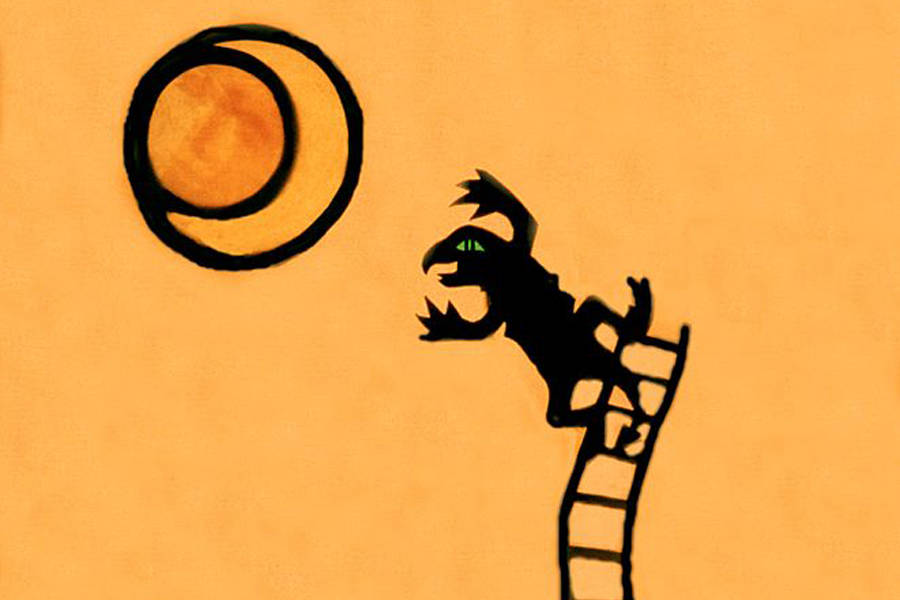 Confluence is a journey along which we connect and share the love of storytelling, bringing together people of different ages and cultures.

Between 7-9 April 2017, the first Children’s Book Festival in Dumfries, The Big DoG Festival, took place at the Theatre Royal.

Peter Pan is a character created by J.M.Barrie who lived in Dumfries about a hundred years ago.

Peter Pan was a boy who did not want to grow up and lived in Never Never Land with the Lost Boys. Peter and the boys loved stories but he knew “just shreds and patches of fairy tales”.

As a storyteller I was asked to take part in the festival. I chose stories which I thought Peter Pan would have liked. Stories all about the Sun, the Moon and the Stars. The stories came from all over the world!

After hearing a few stories, the children and their parents made suns, moons and stars out of paper and a lot of glitter!! 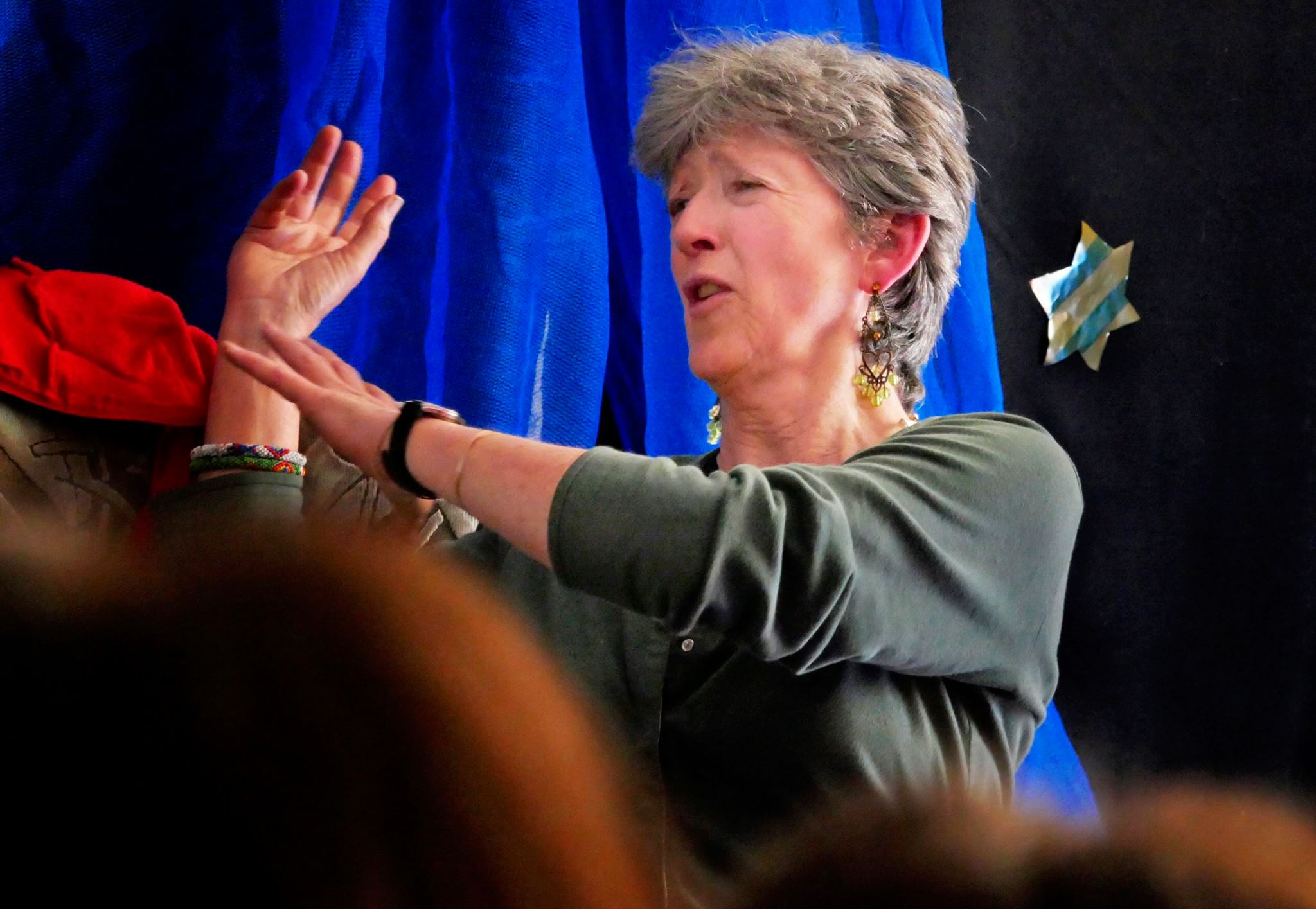 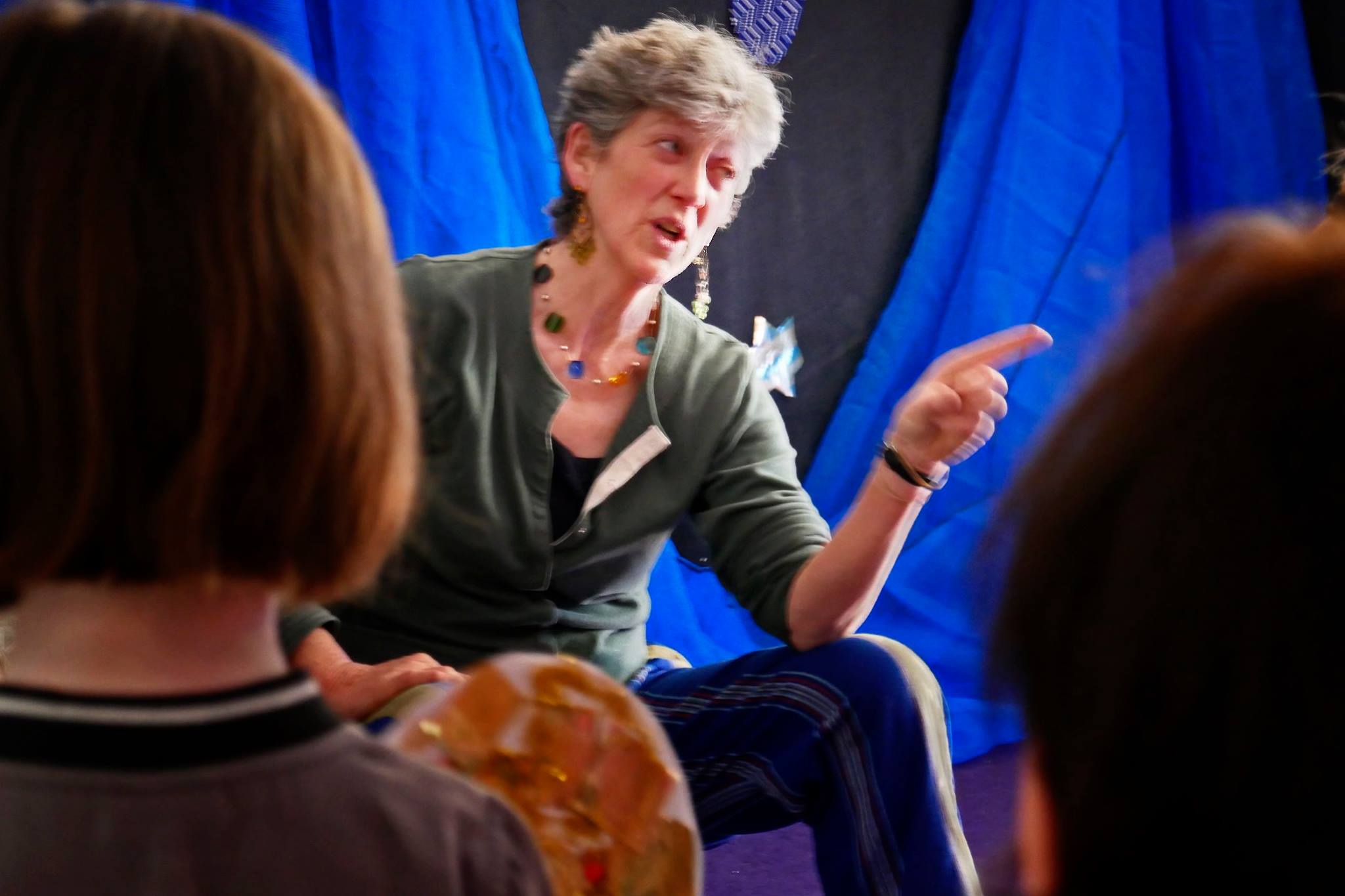 Here is one of the stories shared at the BIG DoG Festival….

The Story of Boggles Stealing The Moon

Slimy, creepy, crawly creatures live in boggy marshy areas. They are called bogarts and boggles and they hate it when the sun is up or when it is a full moon because they do not like the light. When it is dark they trap any wandering, lost person and pull them into the bog. One day a group of them decide to build a ladder and go and get the moon and bury it in the bog. They lean the ladder against the moon and up they climb, when they get it they put it in the water and cover it with a big stone.

The nights are very dark, month in and month out. A man wonders where the moon has gone and one night he goes out and walks and walks. He thinks he sees a glimmer of light out of the corner of his eye. The man follows the pale light, the boggles try to drag him down into the cold water; he keeps them away with his big stick. There was the light again. The man is a magician, his stick is his wand and as he begins to wave it the stone rolls off the moon, which rises back into the sky. 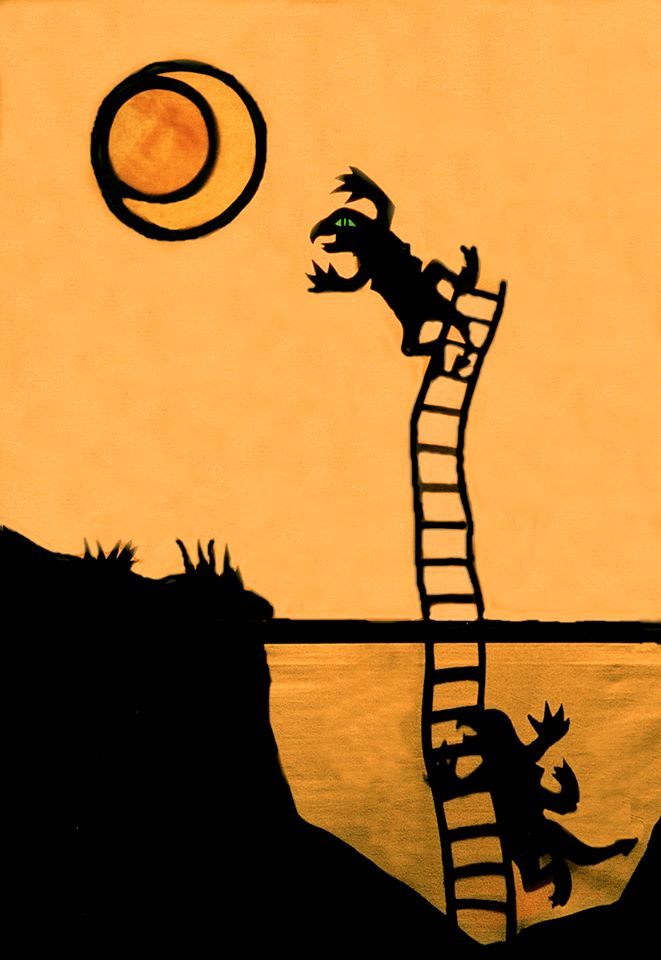 Anne will be storytelling at Spring Fling on the afternoon of 28th May and the morning of 29th May 2017 at Studio 49. Children of all ages very welcome!