Energise was project run by Upland CIC which gave artists the opportunity to research and creatively explore the subject of climate change in relation to the unique landscape of Dumfries & Galloway. The project aimed to connect artists and communities in order to explore perceptions and responses to climate change with specific regard to renewable energy, in an imaginative and positive way. It ran from October 2018 – April 2019.

The focus of the project took the form of two overlapping artist residencies that generated exploratory and meaningful work in response to energy generation within a specific area of Dumfries and Galloway known as the Galloway Glens.

Focussing on ‘past’, ‘present’ and ‘future’ the residencies investigated the history of the Galloway hydro-electric scheme (a series of dams and power stations built in the 1930’s) considering its legacy and explore present day attitudes to renewable energies with the surrounding communities mapping the scheme’s impact to the present day through both people and place.

The project connected with local communities, including young people and schools, to actively engage in the development of creative outcomes through working with the resident artists to explore energy generation, considering both the positive and negative impacts it has on the region’s landscapes.

In addition to the two artist residencies the project also consisted of a professional development opportunity for an artist wishing to gain experience in participatory practice, community engagement through various workshops with the resident artists, and a small exhibition for Upland member artists at the new Kirkcudbright Galleries and related talks / events.

The resident artists for the Energise project were Leeming & Paterson and Jason Nelson.

Photographers, Ted Leeming and Morag Paterson are based in Dumfries & Galloway and work both collaboratively and as individuals. Collaboratively Leeming and Paterson have been focused on environmental arts projects including collaborations on their ‘7 year Zero Footprint’ and ‘3 year Polphaill’ projects exploring carbon footprints and the conflicts of man and nature in the context of the oil and gas industry.  They also created the ‘In Flight’ installation in Dumfries in 2016 exploring issues around migration and climate change.

Leeming & Paterson researched the history of the dams construction and collated information on the local environmental impact of the dams (past and present) versus the global benefits of using water as a clean energy. They worked with the local community, from the nursery to the Men’s shed, the youth group to the farmers market, hearing peoples stories of working on and playing alongside the rivers and dams, from both long ago and the present day. They explored peoples’ attitudes to energy and climate change, asking questions such as “Is climate change real?” and “What would I give up to help halt climate change?”.

Jason Nelson is an artist based in Dundee who has over 15 years experience as an artist and educator. Over the past several years the term that would best describe his practice would be ‘participatory’. Embedded in Jason’s practice is the way in which activity can empower and enable expression and action. His work is often a response to context and exists as a result of direct engagement with people, their environments and their relationship to it. Regardless of the scale of project the underpinning concepts that drive his work are notions of learning, social structure and ideas of identity, community and ownership.

Jason worked with pupils at Kirkcudbright Academy and with the Glenkens Men’s Shed to pose the question “What would you like to see in 12 years?” Over 80 people from across Galloway created unique designs, using a lino carving technique to respond to the question. The designs were cast in aluminium to create plaques and formed part of an art work which was exhibited at Gracefield Art Centre. He also worked with The Mobile Foundry to hold a demonstration pour workshop which gave a chance to see how these designs were turned into moulds before having molten aluminium poured into them to produce the aluminium plaques.

Find out more in the Energise blog.

On the 27th April 2019 a day-long Energise event was held celebrating the history and legacy of the Galloway hydro scheme. This included a tour of the Tongland Power Station, with DRAX and photographer Ted Leeming. An artist walk from Dalry Town Hall to Earlstoun Power Station led by photographer Morag Paterson. Lunch, and talks with Ted Leeming, Morag Paterson, Jason Nelson, and guest speaker David Edwards.

Read more about the Energise Event

It combined photography, cyanotypes, aluminium plaques, audio and video in an exhibition designed to underline the urgent need for changes in how we generate power, the amount we use, and in consumer culture.

Read more about ‘Pennies From Heaven?’

The Energise project was supported by Creative Scotland and the Galloway Glens Landscape Partnership. 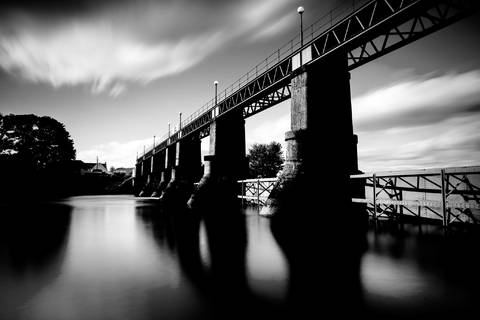 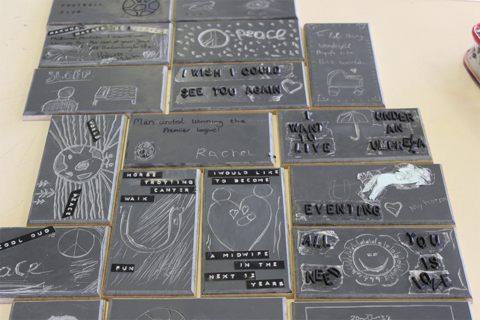 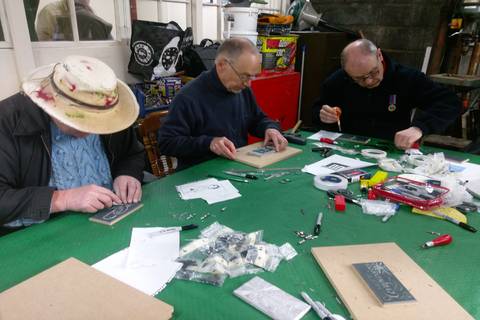 Energise at the Men's Shed 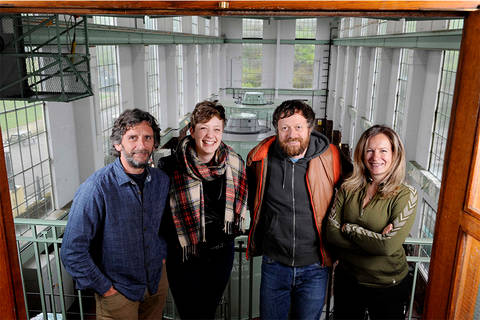 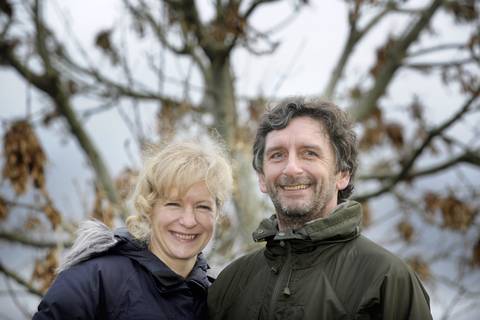 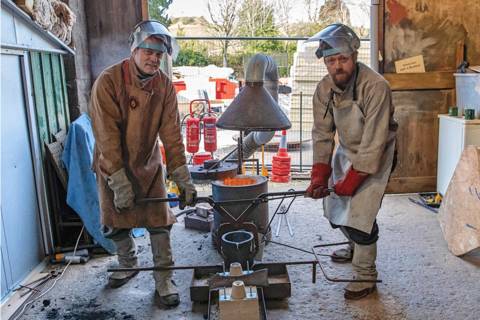 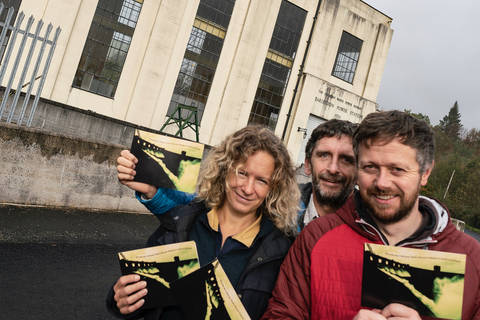 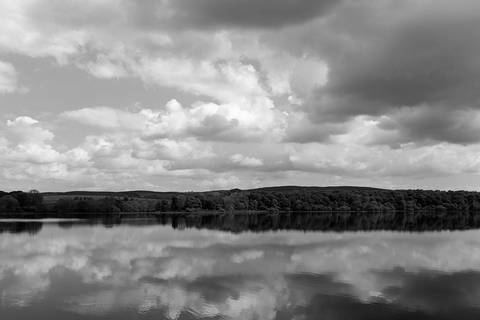