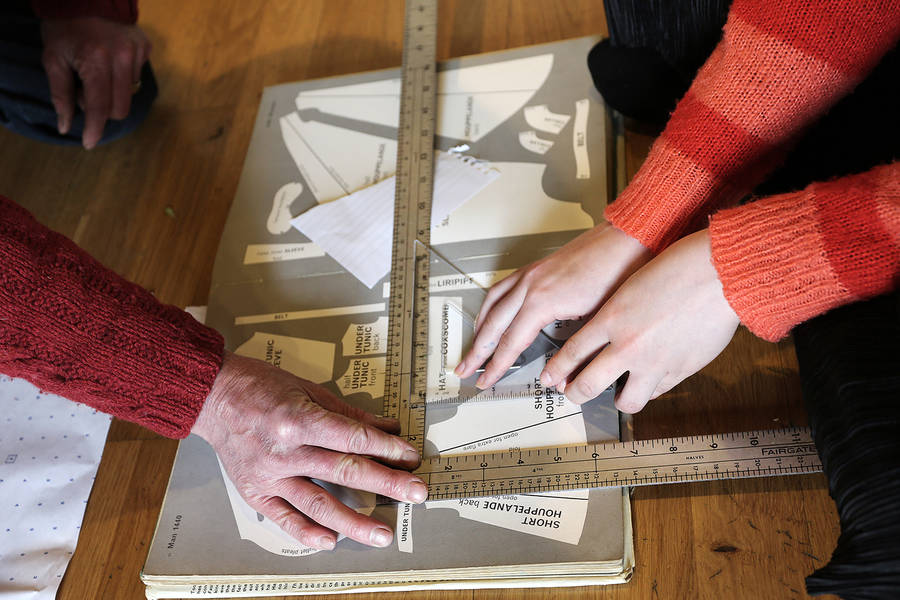 For this years Modern Makers, myself, Mary, and three others, Fern, Kirsten and Hazel were chosen to work with Alex Rigg, who founded performance theatre company Oceanallover with wife Florencia in 2002.  The company focuses on performance theatre and is based in South West Scotland. The program, set up by Upland, has provided us with the opportunity to work alongside Alex for the production of his next project - Orographic. This project will look at the connection between people and physical landscapes; it will explore the relationship between colour, texture, ecology and emotion through costume and movement. 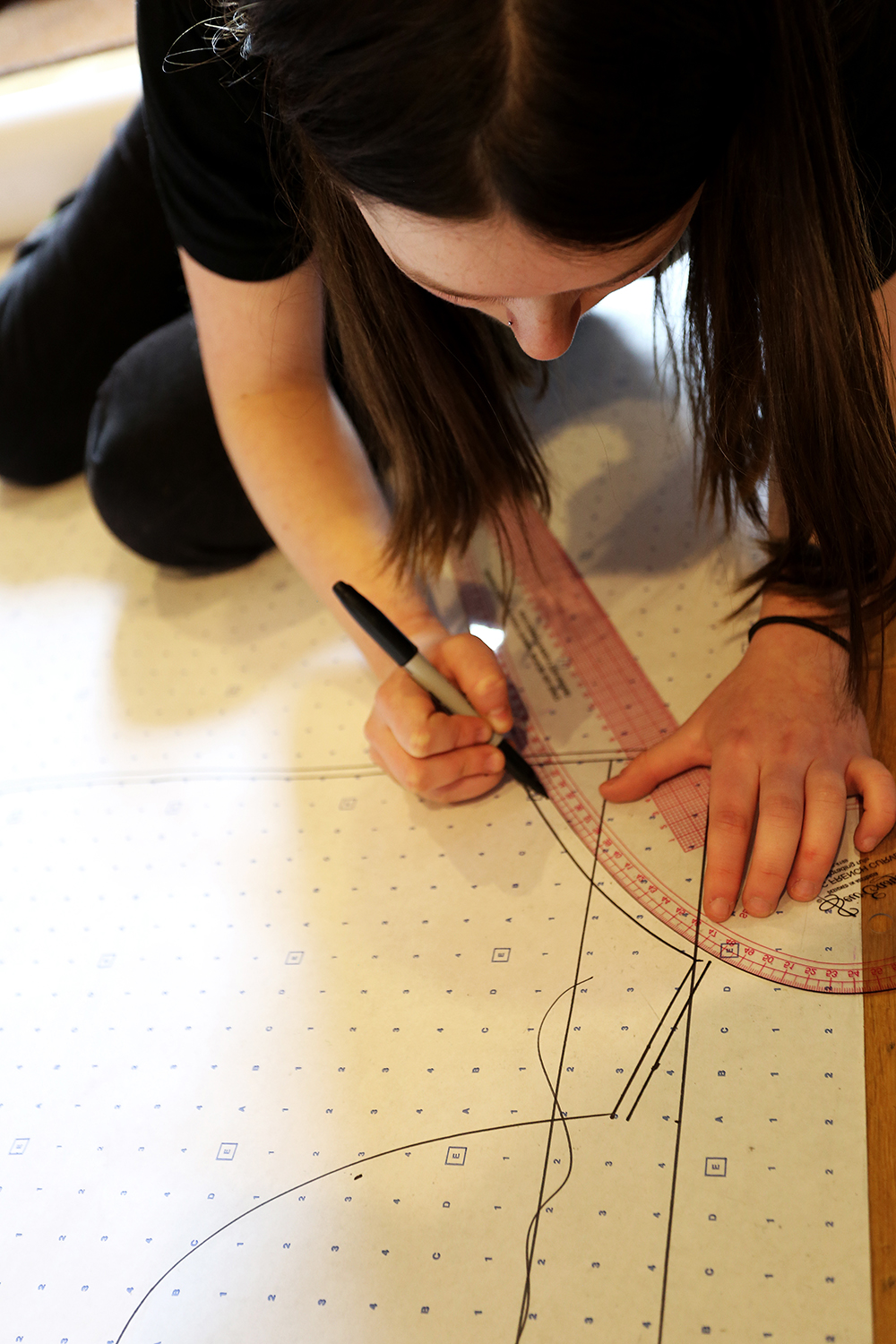 On the 16th March the work for Modern Makers 2018 began.  With a 06:30am start for some, we made our way to Alex Riggs’ studio for the first time. We all settled in with ease, with the help of Upland’s Amy Marletta and some tea and biscuits. We set to work straight away by measuring some of the actors and actresses which we would be designing for; this would allow us to easily create fitted garments in the future without needing the performers to be present. We then wrapped up warm, layers upon layers, and headed to Alex’s studio where we quickly warmed up with a game and given a preview of the performance so far. Each artist had developed phrases and movements relating to physical environments.  Even though unfinished and raw, each was truly gripping and we could start to see the shape of the task ahead of us. This inspired us to begin thinking of designs that would co-operate with the movement, words and landscapes inspired. We then broke for lunch, and I left to head back for a double period of Higher Maths, leaving Fern, Kirsten and Hazel to draw figures while the performances were still fresh in their minds.  Day one was complete and the task was in hand! 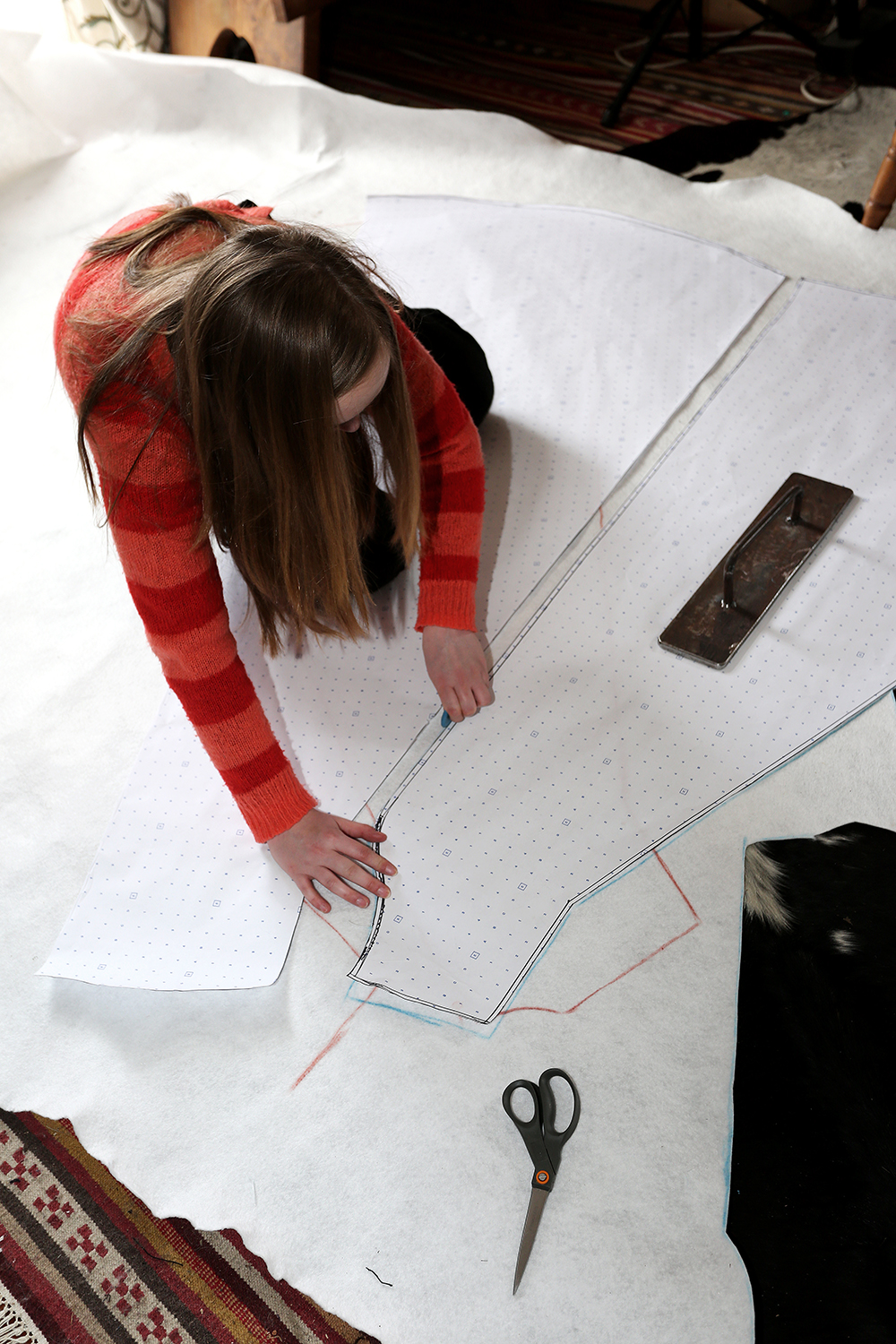 By the end of March and the beginning of April, we had progressed to making garments.  This was easier said than done.  Working at 1/8th of an inch pattern, we slowly constructed basic shapes in fabric. With a thorough introduction to the sewing machines we began putting the pieces together.  Each of us found it challenging as we had to work with large pieces of very stiff fabric or had to incorporate pleating into our pieces. But, by the end of our session some had constructed garments such as waistcoats while others had learned new skills which will be valuable for the construction of our final designs.  The experience so far has been so interesting and inspiring.

Here are some photos showing the process in March and April so far! (All photos by Florencia García Chafuén) 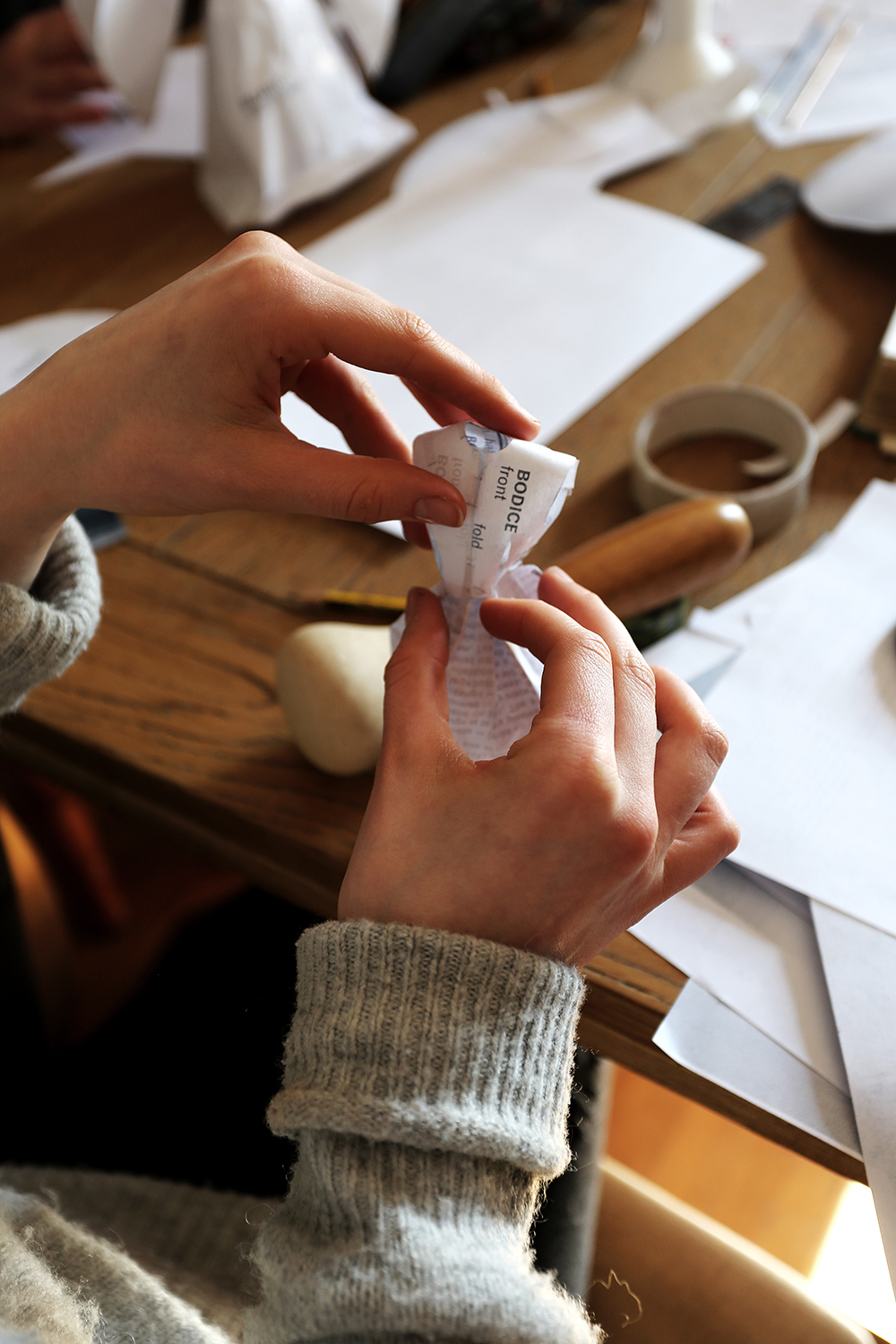 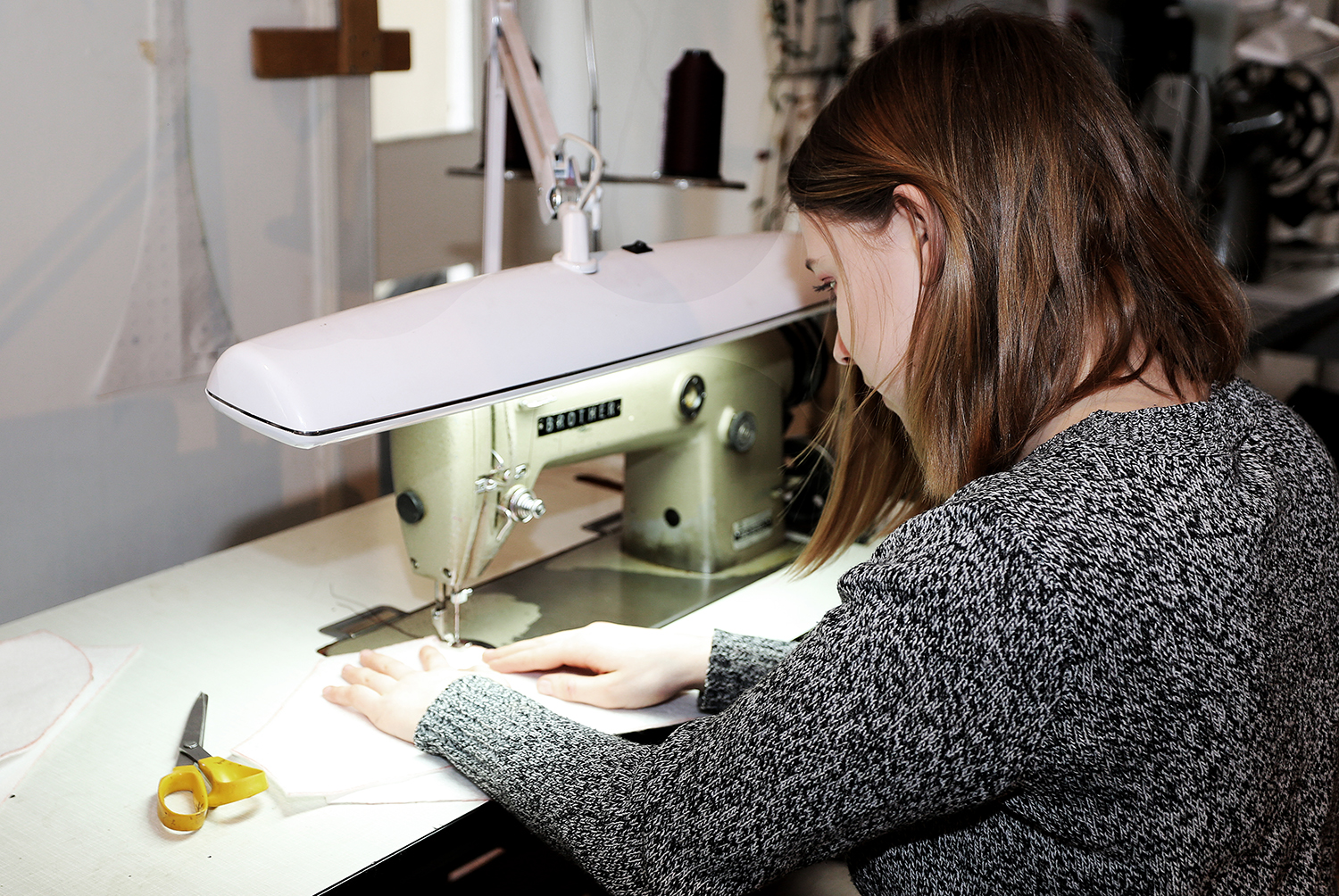