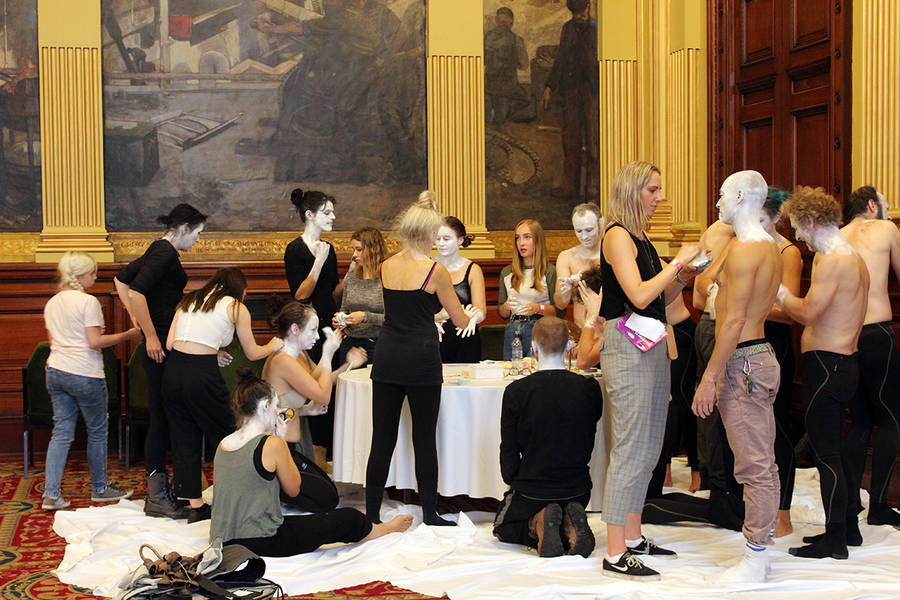 One of the great parts of being involved in the Modern Makers program is the opportunity for new experiences. For example we got to go to Glasgow twice to help out with a few of Oceanallover’s performances. 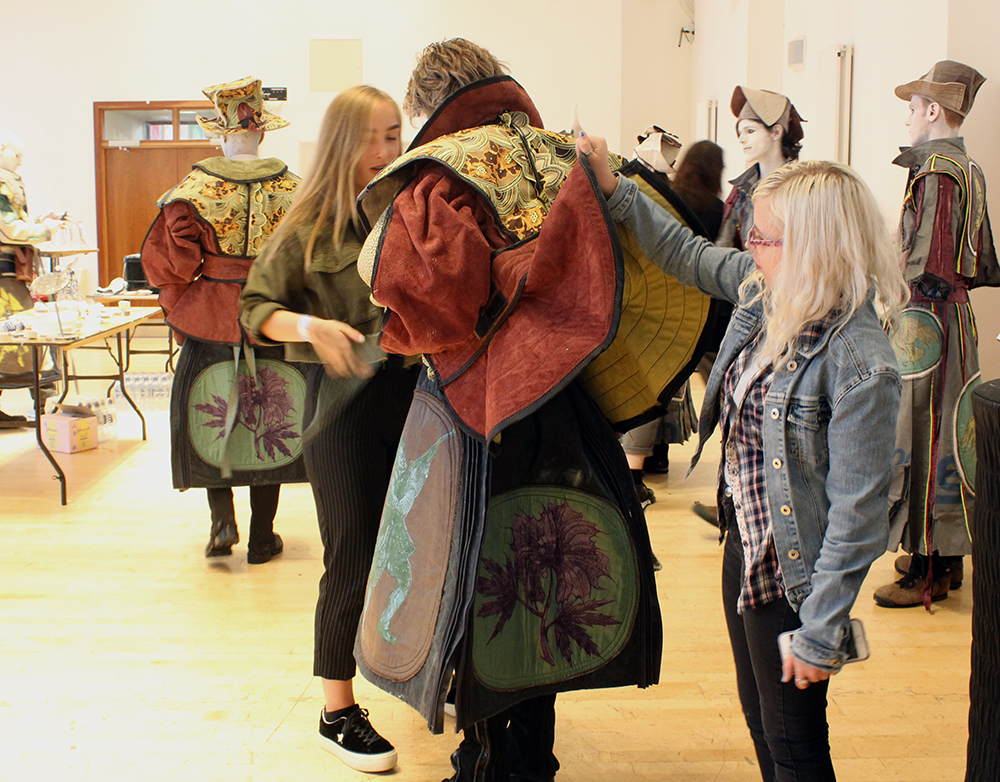 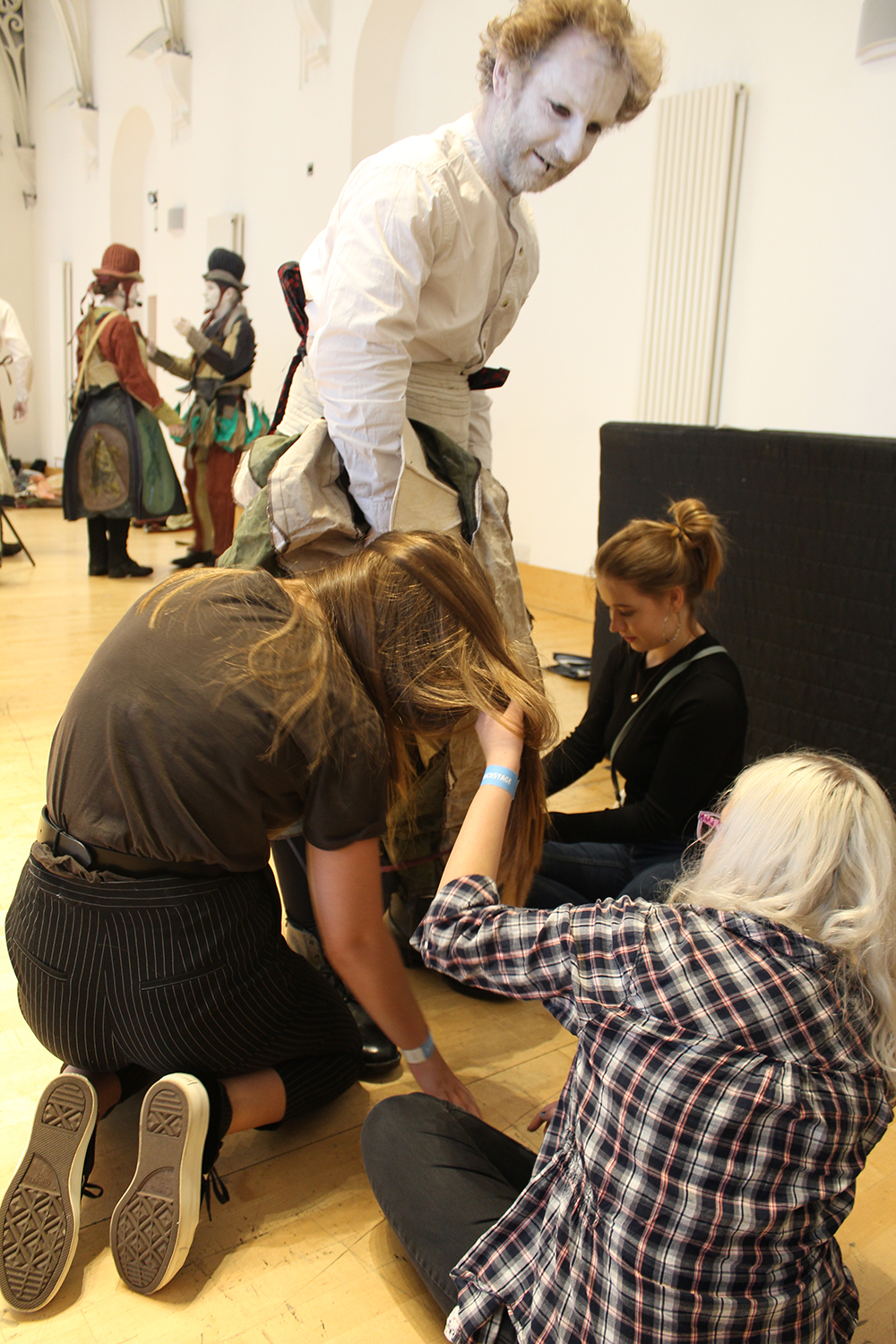 It was really fascinating to see all the work that goes into preparing for a performance, not just through costume and makeup but also through all the mental and physical exercises the performers did to get themselves ready.

Seeing the performance itself was brilliant but my attention kept being drawn to the audience around us. It was so interesting to hear what other people thought of the performance and it was really nice to see that most people had really positive things to say! 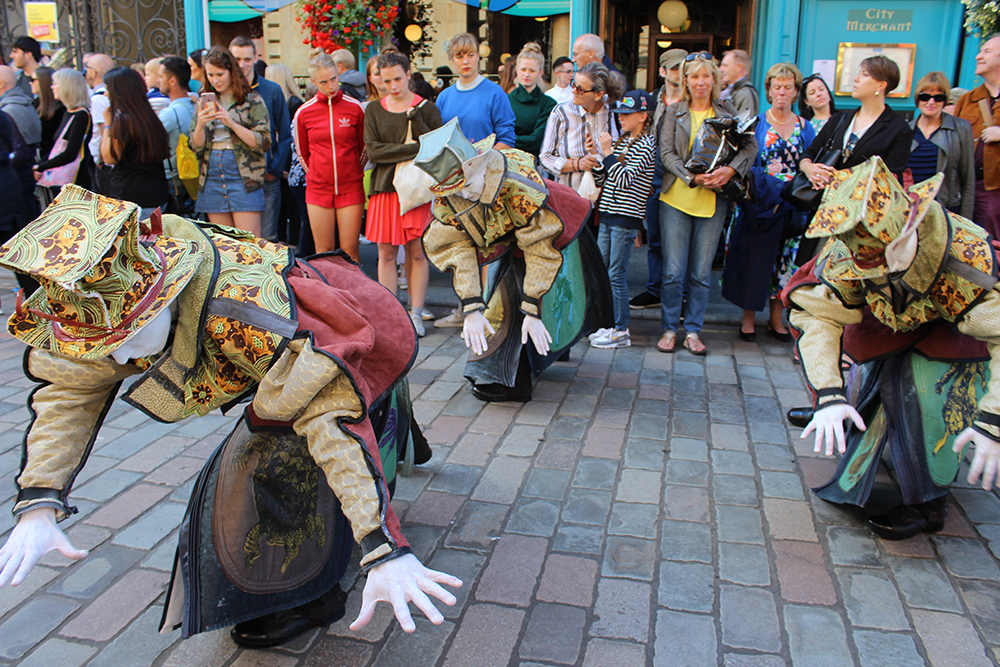 I know that I could never do what the performers did though. I got tired just from walking around Glasgow following the performance so I definitely praise those who were able to walk, sing and dance all in very thick and heavy costumes. I’m pretty sure the other girls felt the same because as soon as we got to the train station we pretty much collapsed into the seats. Mary even walked the whole way with blisters on her feet, poor thing! 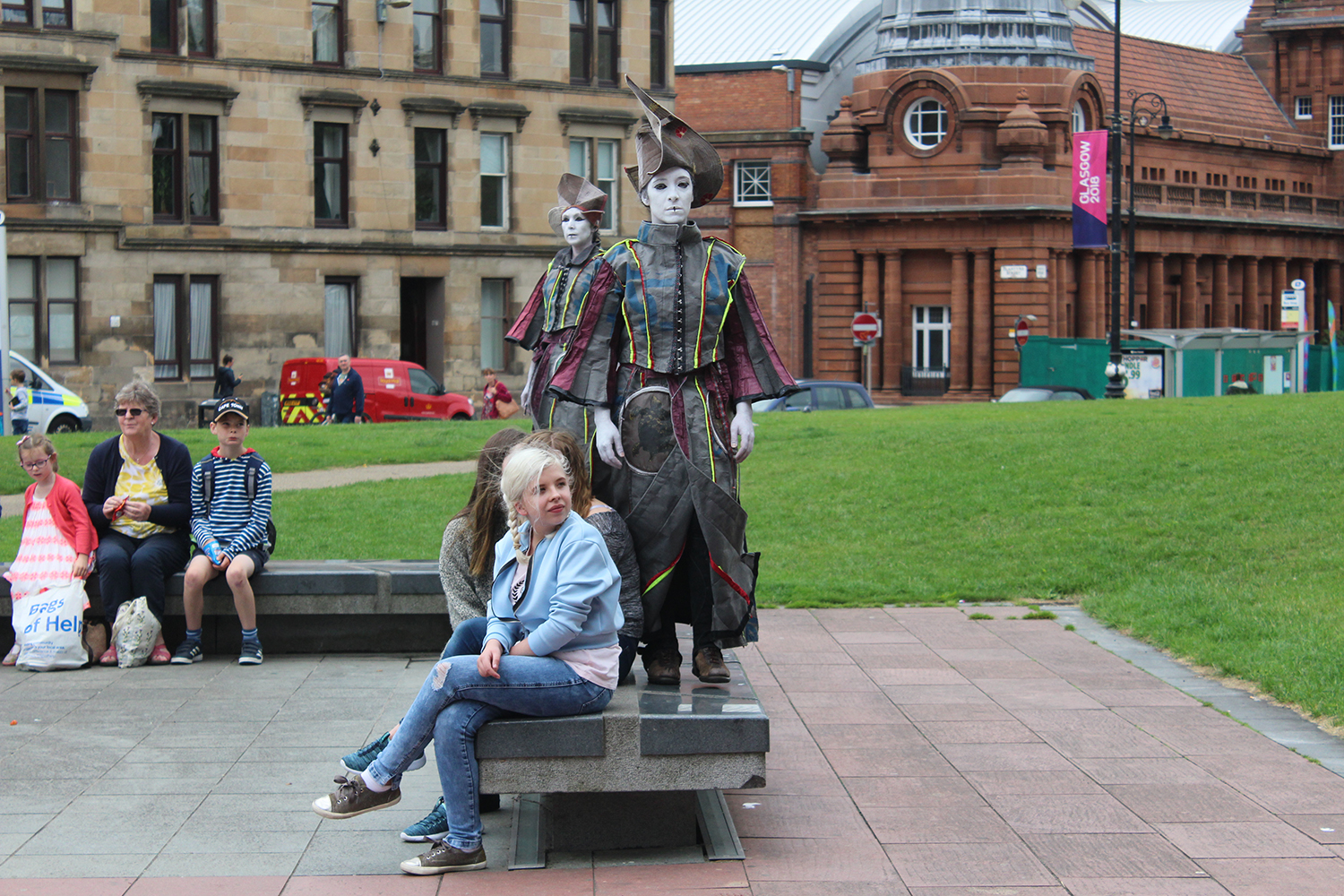 Although we all started laughing in the middle of the train station when we realised that pomegranate seed had spilled in someone’s bag so we had to clean everything up with paper towels. I had put my socks in the bag and the red still hasn’t washed out fully.

Overall the two days were packed full of fun. From helping with the performances, to meeting the performers to pomegranate seeds, we all had a great time. 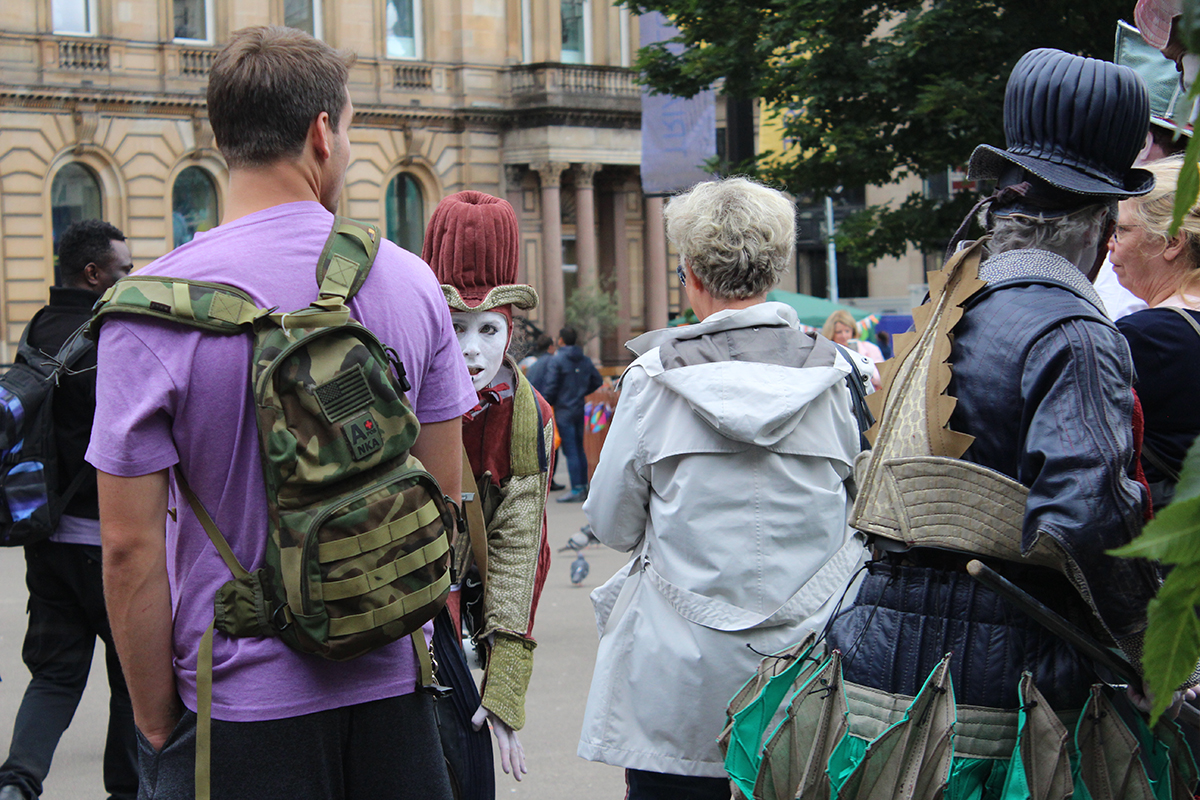 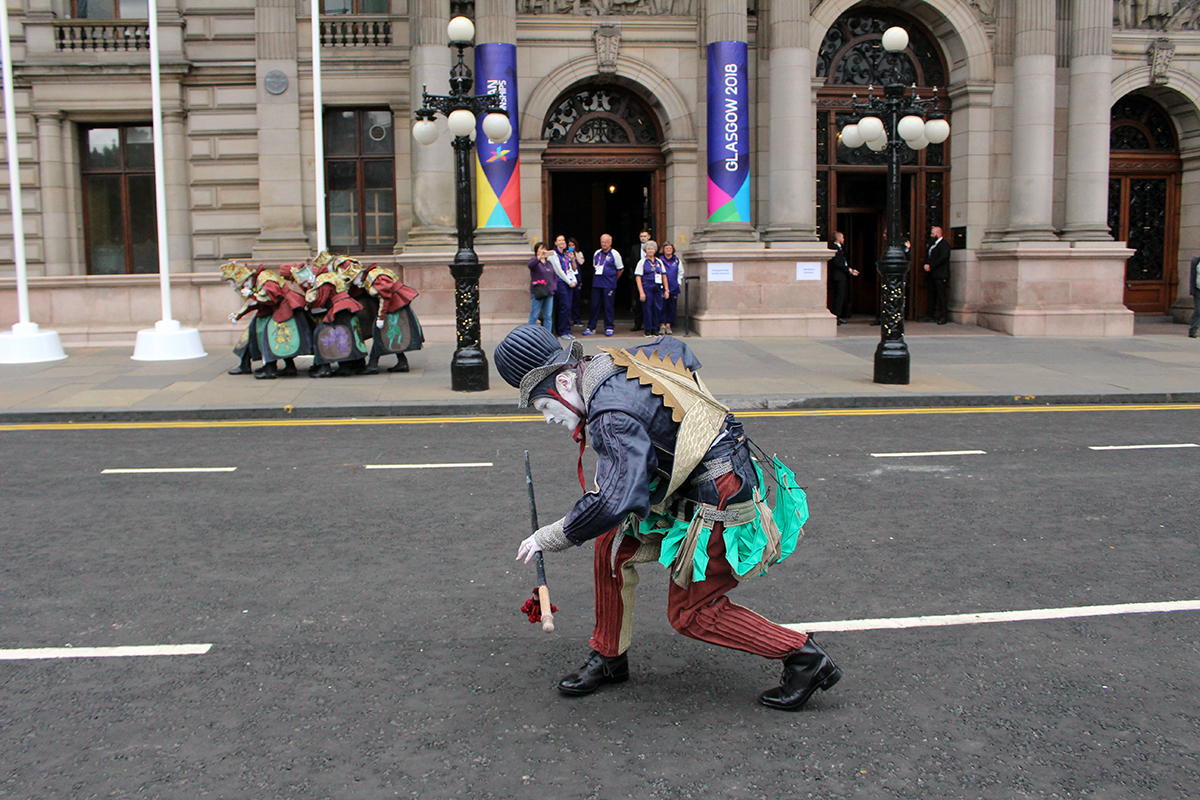