Forming part of our professional development strand, the Go & See travel bursaries aim to assist professional artists and makers to visit events and exhibitions outwith the region that are relevant to the development of their practice.

This report was written by Rory Laycock who received support to undertake a research trip to Naples in 2019. 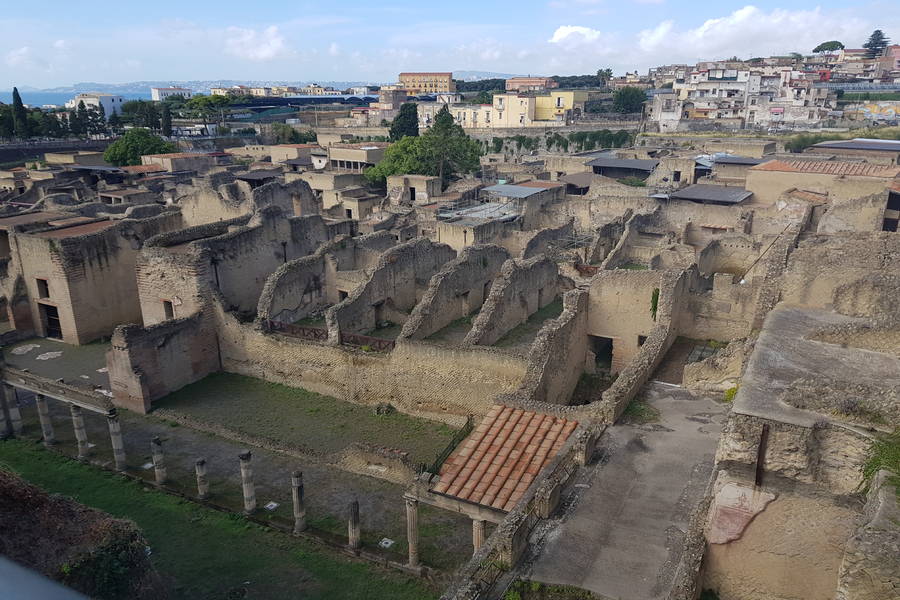 Arriving late mid-afternoon in Naples there was this sense of a pilgrimage which gave thought to the work Monument Valley by Tracey Emin.
Being in the city of Naples, I hadn’t taken into account the importance of how the historical nature of the city and the arts communicate to one another. So I decided to change my initial plans as I found this crucial as to get a brief overview and to bring more context to my visit.

I started by first visiting the Cloister of Santa Chiara in the centre a monastery. I became interested in the type of equipment that was preserving the historical ruin’s and how this scaffolding was arranged. Thoughts of how artists like Simon Denny use similar temporary structures in galleries to display works and manoeuvre the viewer around it. This was interesting in how maybe this could be part of my new work or idea. From there I visited the Museum of the Treasure of San Gennaro. A form of a kneeling figure caught my eye. This statue led me to think of my ramp works ‘The Mechanism of Transmitting Vertigo’ 2017. The shared religious convergence to a point, pointing to a higher potential or apex.

Then I decided to visit the Museum of Contemporary Art which was exhibiting Liam Gillick’s show. There were some great humorous video works that I really enjoyed and the railing structures of his. Resonating with my interest in skateboarding. Also, they had an open collection on display but a work of Bruno Di Bello stood out to me and it was beautiful.

The next port of call was the Anatomy Museum. Being located in a University and walking past the students flicking through their textbooks pointing at the abstract forms of the human body, was an interesting observation of the human endeavour to obtain the knowledge of our shared physicality. At the Alfonso Artiaco Gallery an exhibition of Sol Lewitt’s work was on display. It was interesting seeing his work and how the act of the artist can abide by set rules in the production of a work before the final piece is made.

Next was the Castel Sant ‘Elmo, located in the centre which overlooked the city. Where there were old boats that were on display and information about the history of the port. I became interested in a mythological rudder and how maybe I could produce a work incorporating a mirror structure within.

Closing the day was a visit to the National Library where the Herculaneum Scrolls are kept. Unfortunately, when I arrived there the rare book section and office were closed for the day. They said to visit the next day. This was no worry as I was able to explore the other areas of the library. While visiting these museums and public collections, this exchange of information and their own power dynamic of ‘holding’ and displaying information was just an interesting observation.Giving my thoughts of my time that I spent when working at Tullie House with the artist Jamie Shovlin and installing his work Naomi V Jelish. The work that he produced was fake, but the public believed it. Mainly it brings up the question of believing things at face value of displayed items being genuine and the interesting process of archiving, truth and potential error with a system.

Arriving early in the morning at the National Library and with met with Fabrizio Diozzi which was a delight. Fabrizio was the official librarian looking after the papyrus, it was outstanding to get to talk to this gentleman which he so much knowledge on the papyrus. I spent the whole day drawing and looking through the archive. When talking with Fabrizio about my research I made a great contact in him and from this he exchanged over 100 high resolution images from his personal collection with me. These were documented images of all the scrolls (Page 9). Also, he exchanged images of the only scroll that the Abbot Piaggio machine unravelled. This in itself was outstanding and to be given these images by this gentleman was truly amazing and an honour. Furthermore, he welcomed the invitation to send him a proposal of an exhibition and to be shown alongside the scrolls in the National Library. 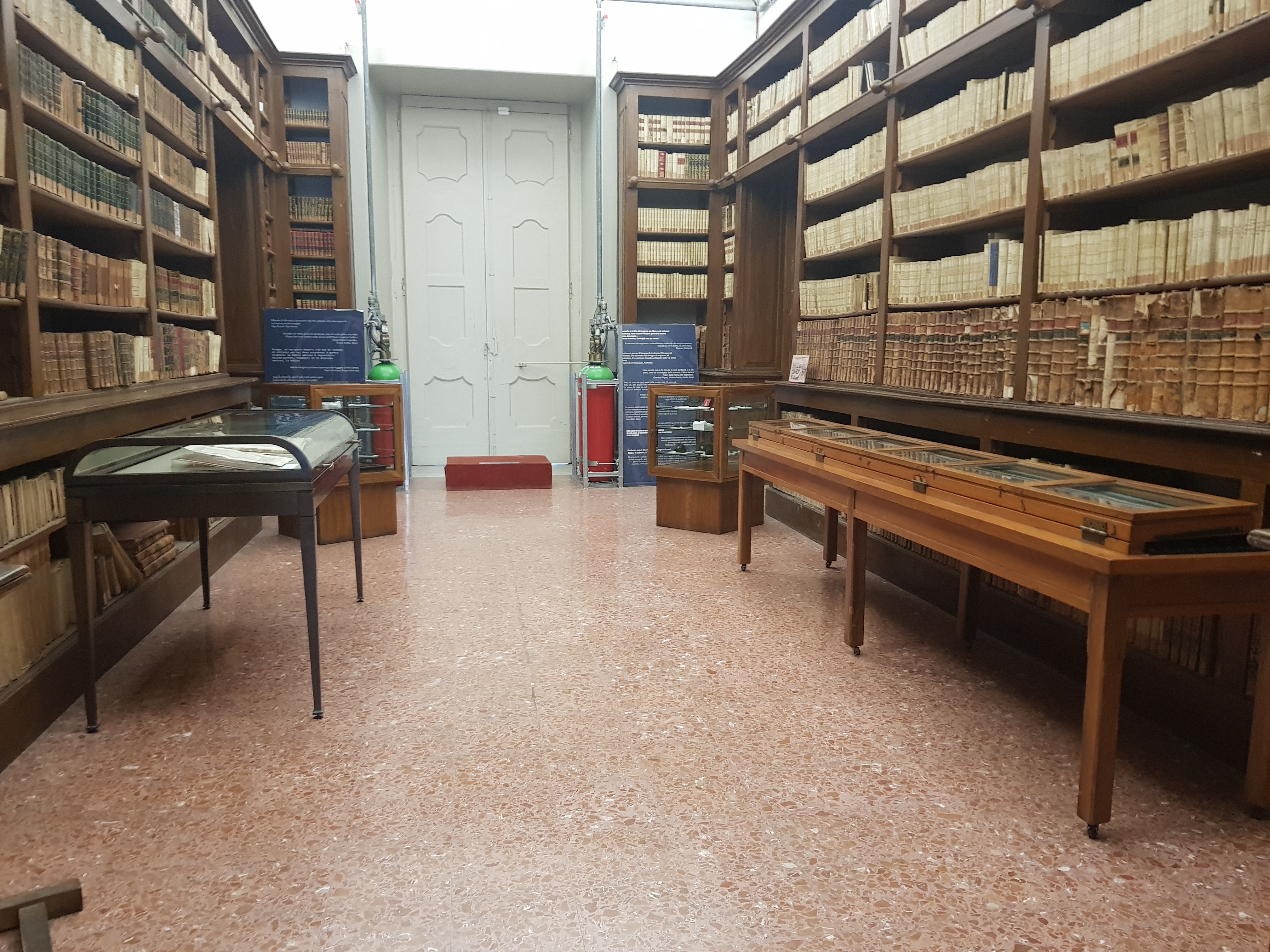 When I arrived at the Archaeological Museum, I became interested in the panel artwork of the interior of the homes of Pompeii. They reminded me of Francis Bacon paintings which was fascinating as Bacon was also an interior designer. While at the museum I brought along a thermal imaging camera which I borrowed from a local company. Using the device, I became interested in the presence of the individual or group of people in relationship to the ancient objects and their heat signatures. This transitional dialogue with the outer and inner was an aspect which I liked. I plan to use the images that I took and transfer to canvas using an airbrush which I have recently purchased. I also filmed a 20-minute video work of myself walking around the museum engaging with the artifacts with the thermal imaging camera. (see film link). I enjoyed the output of the footage and it provides in the ‘aimless’ wandering and how the soundscape of the footage sits within. 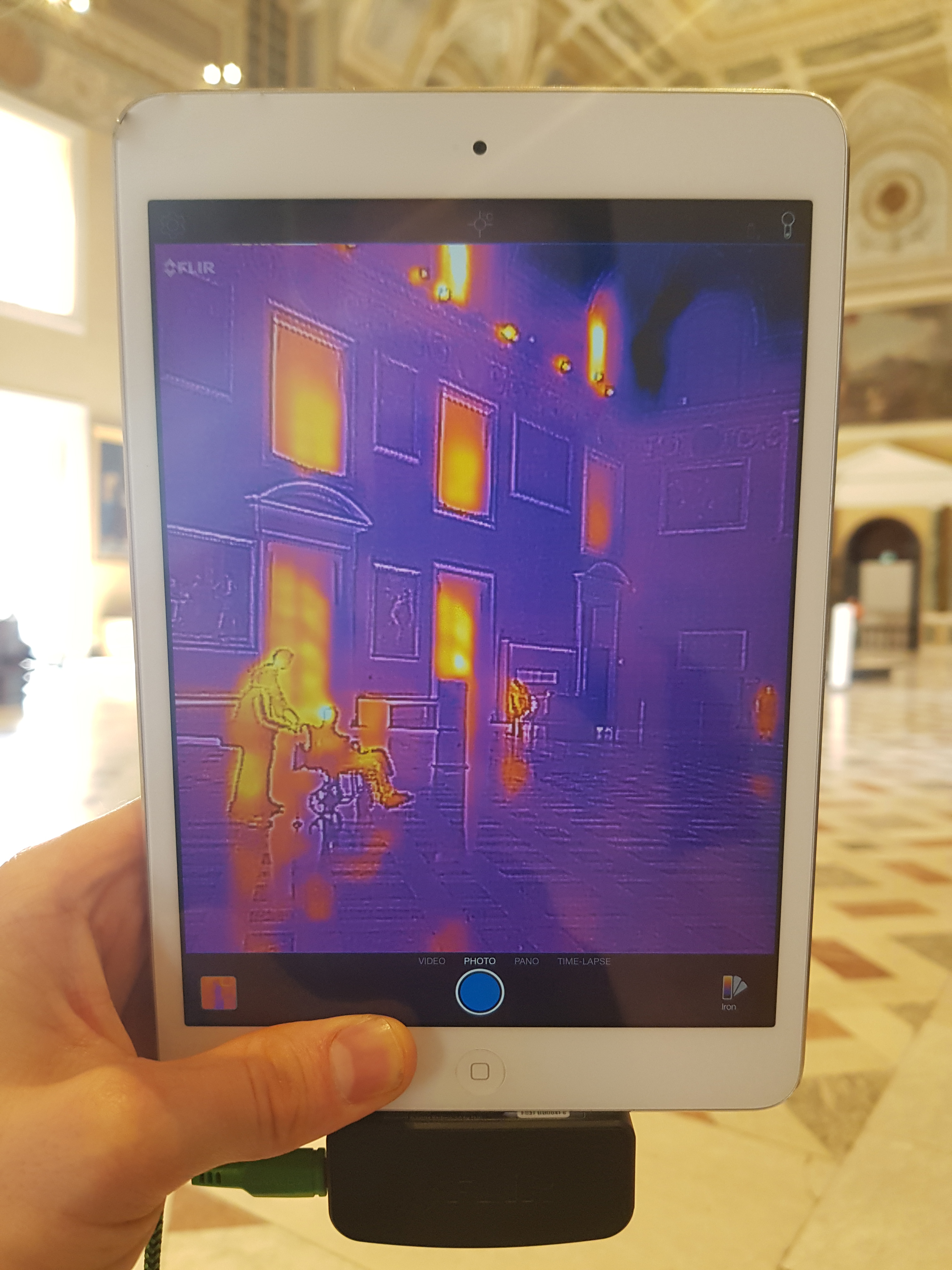 Now that I had seen the scrolls in person and the Archaeological Museum it was good to finally see the ruins of the site at Herculaneum where the scrolls were excavated. The history of site was fascinating, and the interiors were breath-taking. Again, I used the thermal imaging camera to explore the site.  The relationship of the public and the devices to capture was interesting again. 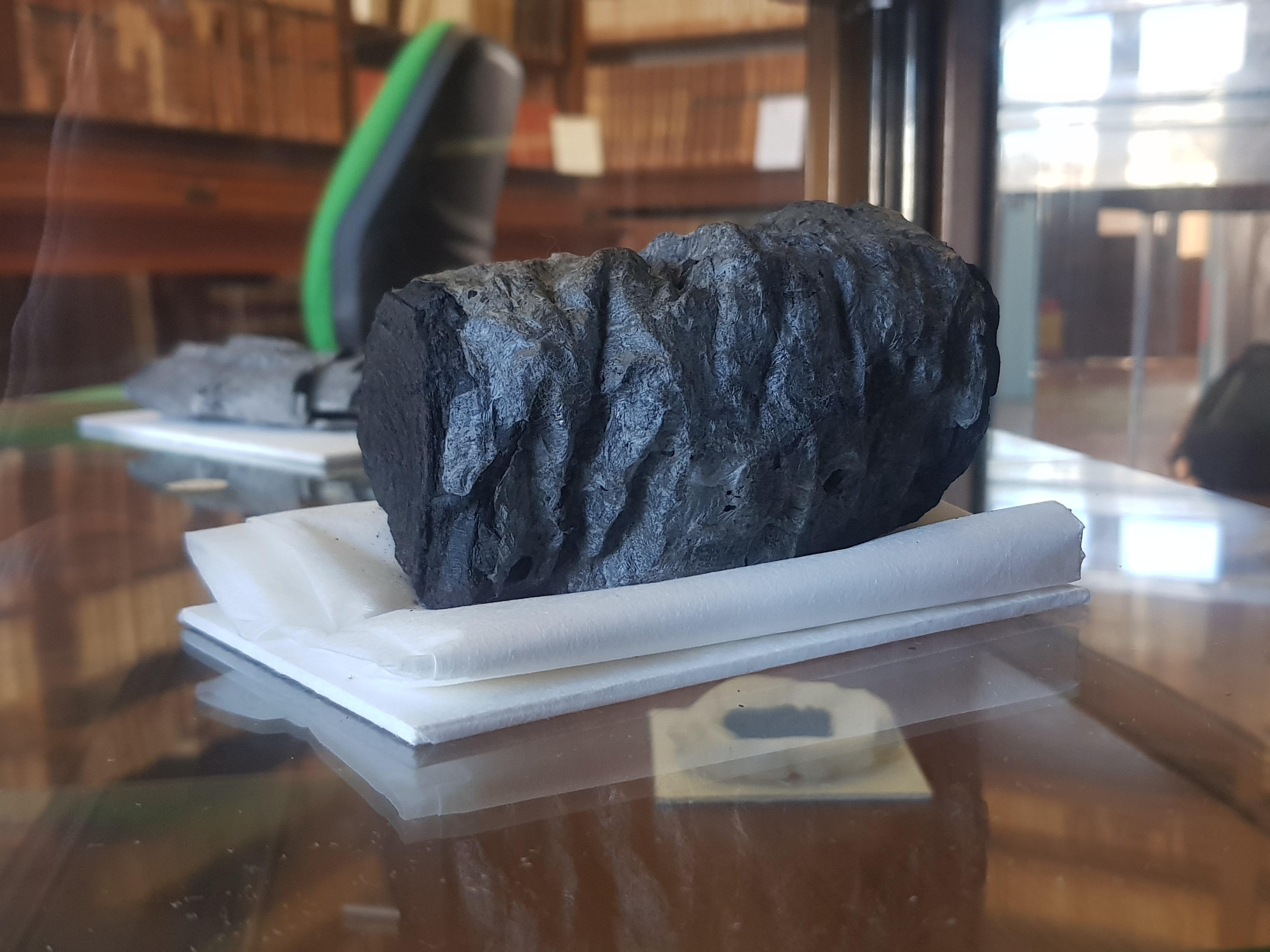 I didn’t plan to go to Pompeii, I thought it was a good idea to go as I had time. The plaster work of the interiors was exquisite. And I found the relationship of the restoration and the original decoration with its fragmented imagery and the new concrete preservation an interesting dialogue. Also I didn’t realise that the site was used by Pink Floyd in a music video which was interesting how popular culture has used it after its devastation.

The trip was outstanding and provided me with the crucial insight into the next steps of my artistic journey. With having the contact of Fabrizio Diozzi at the library and to be given the high-resolution images was priceless. Also, with the additional use of the thermal imaging camera and film works has given me the material that was needed to ignite this project so again thank you Upland for the opportunity for myself to do this. Thank you.