Artful Migration // Why do they go when they do? 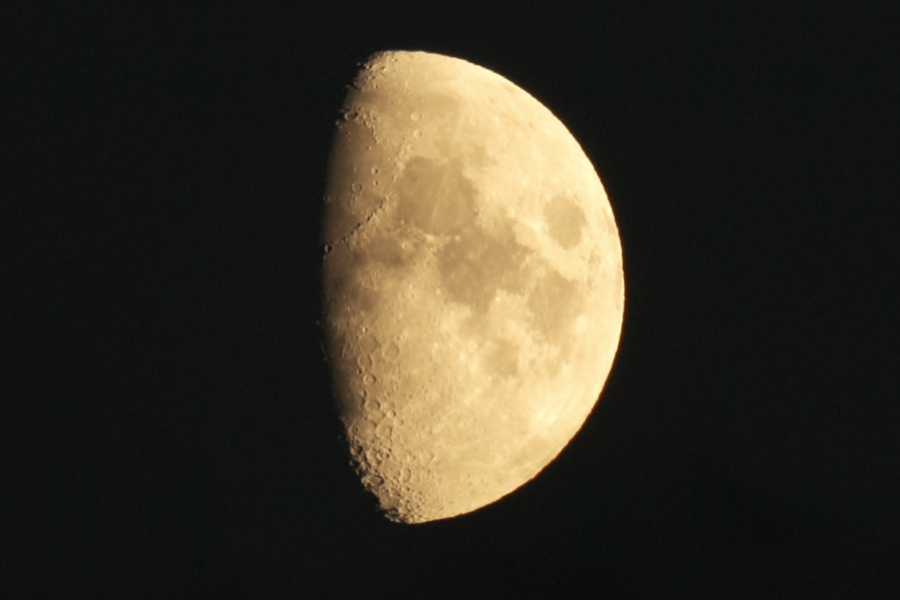 It’s a month since Friends of Threave Ospreys reported their last sighting of the male Black 80 and, at a glance, the countryside of southwest Scotland still trumpets ‘summer’ – trees in leaf, fields lush with a late pulse of growth, occasional flowers.  But look again - yellow’s seeped along the beechwood’s margin, the ash is clumped with keys, uncut verges collapse beneath their own seed-headed weight.

As I heat my pre-dawn coffee and wait for the light to come up across the old farm toun at Kelton Mains, a robin flutes a falling phrase.  David Thompson, NTS Threave’s Estate Manager, mentioned during his interview with me that the robin’s song is the first sign he takes that summer is over and that it won’t be long before the ospreys leave.  It’s a time of mixed emotion, joy at the successful fledging of another osprey generation, nervousness at the thought of the many challenges that await them. The robin’s melancholy tune is one of the reasons I’m here, a wee moment of melody for the installation soundscape planned for next year. I want a good clean recording of it and this morning promised to be still and dry. And so it is.

The skies over the reserve have been busy with arrivals and departures.  The swifts went in late July, Black 80 later in August, last to depart after his mate Blue KC and a male and female chick.  Dragonfly and damselfly have vanished, swallows no longer throng the wires and roof peaks (just the occasional hanger-on), stacked clouds of martins can be seen later in the shortening days, greylag geese are beginning to arrive.  And it’s been warm of late, no frost just yet, warmer and sunnier in fact than most of August.

So why do the ospreys leave here when they do, always around the last week in August? Their food source, unlike the swifts and swallows, is largely still present in the same numbers and in the same places and will be so right through the winter.  Why not stay a bit longer if the weather holds up?  If they did, they might even catch a run of salmon making their way up out of the silted waters of the Solway and into the clearer rivers.  For that matter, why do they arrive when they do, usually around that last week in March?  If warmth is an issue, why not stay south for longer?  The likelihood of storms could be a factor in planning such a long journey, but for a species that can take its time, feeding as it travels, and for whom a detour of a couple of hundred miles to avoid a weather system is neither here nor there, it seems unlikely that this is the main reason.

I’ve also been trying to find out what’s known about how ospreys see and how they hunt, trying to imagine myself into their position.  If I had a camera up there that worked the way their eyes do, what would I see?  Ospreys have field of view that’s a bit wider than ours at around 240 degrees to our 210 and, like us, a stout arc of ‘binocular vision’ (where both eyes can focus on the same object – essential for range-finding).  In terms of answering the question ‘how far can a bird of prey see?’, it’s not so much that raptors are looking at a telescopic view of the world, rather it’s a bit more like ‘how good‘s your telly?’, in that they have far more light-detecting cells packed into the central area of their eye, giving better spatial resolution and more information the brain can use to grasp what’s going on.  Add to that, ospreys have the ability to move and focus each eye independently or in unison and, as well as focussing light by adjusting the thickness of the lens inside the eyeball like our eyes do, they can distort the shape of the cornea – the front surface of the eye – to provide even greater optical magnification.  Their eyes may have other tricks too, like the ability to see wavelengths of light that we cannot.  That much of my research is in keeping with the lens and sensor geekery common to cinematographers and photographers (my apologies if isn’t the first time you’ve had to endure such). If you’re interested, and don’t mind struggling with novel vocabulary, a great starting point is Mitkus, Potier et al’s 2018 paper on the biology, physics and neuroscience of Raptor Vision.

Of course, all of these quirks and features have evolved to help the animal catch fish – something most other pescatarian predators do from beneath or very close to the surface of the water.  Threave’s resident kingfishers dive from just a metre or two above the water; seabirds increase their chances by plunging into shoals of fish.  Ospreys, on the other hand, fixate on a single animal at or just beneath the water’s surface from a height of between 10 and 40 metres, before diving to grasp it with their hook-like talons.  It’s the combination of their hunting vantage point and the physics of sunlight in relation to water that I think is the key factor in the timing of their migrations – and their choice of both summer and winter quarters.

Spooling back through the Friends of Threave Osprey’s Facebook postings, it’s clear that there is a daily ‘feeding time’, roughly from around 10am through to 2pm or a bit later, when the adults will usually arrive back at the nest with a fish or two for the chicks. Not that this is the only time to see this happen across the summer.  On my mid-July visit, I’d just set my camera on the tripod when a fish was dropped off at 6.30pm. However, at that time of year, the sun is still high and strong at that hour. I ask James Hutchinson, former Reserve Ranger at Kelton Mains and now Threave’s Visitor Services Supervisor and Osprey Volunteer Coordinator, when he’s most often seen ospreys hunt successfully and he confirms it’s usually a middle of the day occurrence.

As a filmmaker mostly working outside, it’s a time of day when I commonly put the lens cap on and take a break, especially in summer.  With the sun overhead, everything goes ‘flat’ – shadows are short, objects evenly lit, landscapes lose definition and depth, things tend to blend into one another.  Much better for me are the winter months when the sun stays low in the sky and, barring cloud, dramatic high-contrast side lighting continues through most of the day.  But if you’re a bird flying overhead a loch or river, trying to examine what’s just beneath its surface, a low sun is problematic.  If you’ve ever hung over a bridge looking for fish on a sunny day, you’ll understand what I mean.  The lower the sun, the harder it is to see into the water.  Light and reflections scatter more off the surface (one reason anglers wear polaroid sunglasses) while a lower angle means the light has further to travel through the water to illuminate an object there, and when it’s reflected back to a searching eye, dramatically reducing brightness each time.  A fish’s shadow – easily mistaken for the actual fish - will be cast a greater distance away, confusing the eye and the mind as to the its real location even before the light-bending effect of looking from air into water is compensated for.  Lastly, any disturbance of the water’s surface by wind or wave casts longer wave shadows, further confounding clear sight of what’s going on beneath.

Something else I do when planning shoots and installations is to check suncalc – a fantastic free site and app that shows the sun’s path and height at any given time and date anywhere on earth. I use it to figure out how outdoor scenes will be lit naturally, whether such and such a window could have sun or not, or whether and when light might pour in beneath a bridge or into a barn to overpower a video installation.  Zoom in on the satellite view of southern Senegal and The Gambia where most UK ospreys overwinter, and the first thing that’s obvious is the vast area of water in the landscape there – not unlike Galloway with its myriad lochs, reservoirs and rivers.  Sticking in today’s September date, suncalc immediately shows just how much higher in the sky the sun is down there near the equator. At midday it’s 68 degrees above the horizon, a 1m tall object casting a shadow just 35cm long.  At Threave, meanwhile, the midday sun is barely over 30 degrees above the horizon, casting shadows a whopping 1.68m in length.  At the end of May when osprey chicks should have hatched, suddenly increasing the family unit’s demand for food, midday shadows have shrunk to around 90cm.  When the birds depart in late August, the shadows are already creeping out past the 1.3m mark.  It’s a bit simplistic to suppose that there’s a point beyond which an experienced adult osprey couldn’t catch any fish at all, but the height of the sun above the horizon must surely affect the likelihood of a kill.  Over lifetimes and generations, it’s those kinds of probabilities that can make the difference between breeding success and failure, increasing populations or decline, life and death. 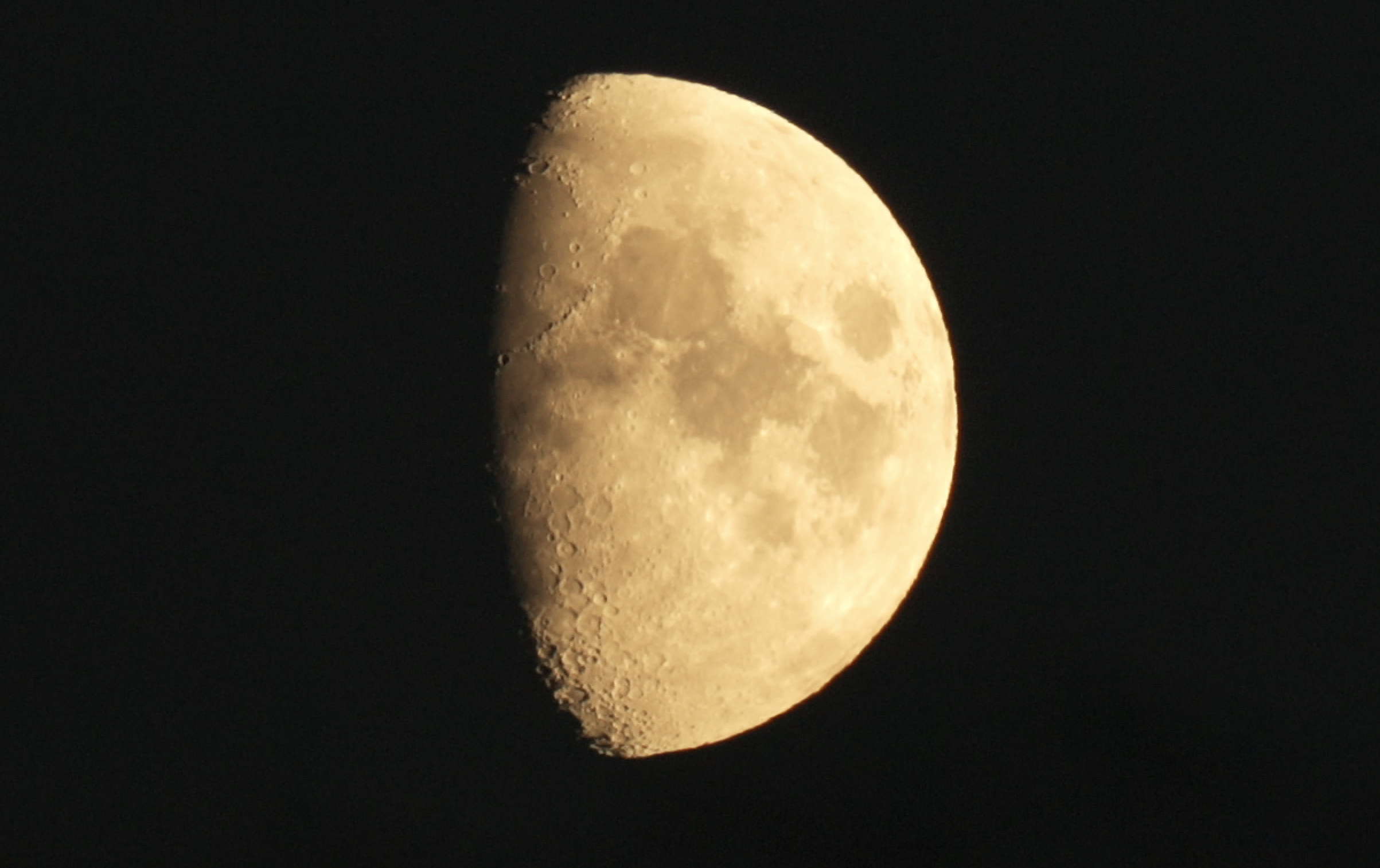 Tracking back up the path towards the barns at the end of this latest visit, the light too far gone to film anything else but sky, an almost perfect half-moon reveals itself among strips of high, thin cloud.  Half in light, half in dark, it is an echo of the autumn equinox that’s just a handful of hours past - the half-way point of the seasons when everything seems to hang in uncertainty, as if things could go either way.  I wonder where Black 80, Blue KC and their chicks are now.  Most of all, I wonder if they’ll make it back here again in the spring.  Considering all the challenges they face – finding food, dodging storms, hunters, poisoning, the clutches of plastic and other pollutions – their return is surely something else that hangs in the balance this still, September night.