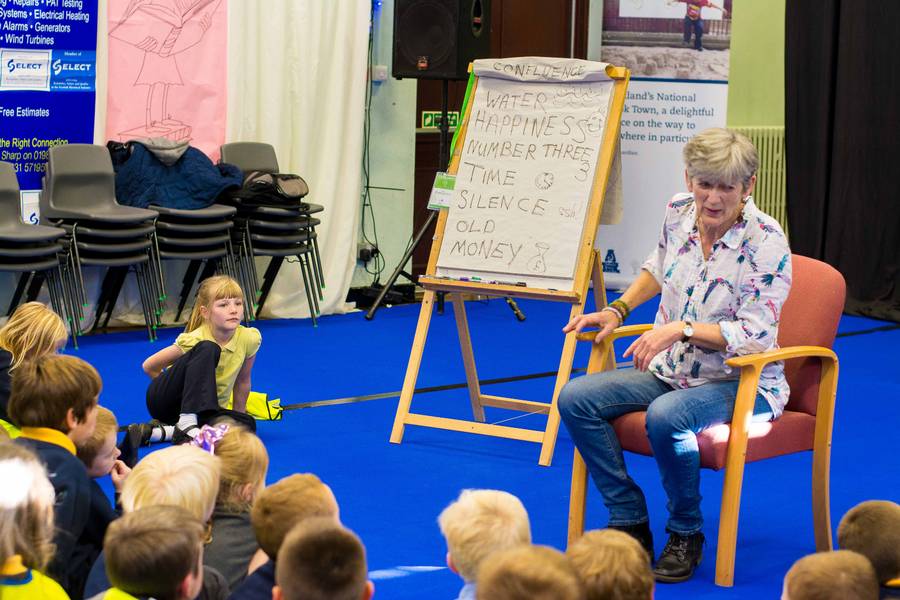 Houssain and I arrived at Wigtown and jumped onto the Travelling Gallery, an art gallery in a bus. The exhibition by Lauren Printy Currie, displayed artwork and poetry from a recent residency at Glasgow Women's Library. 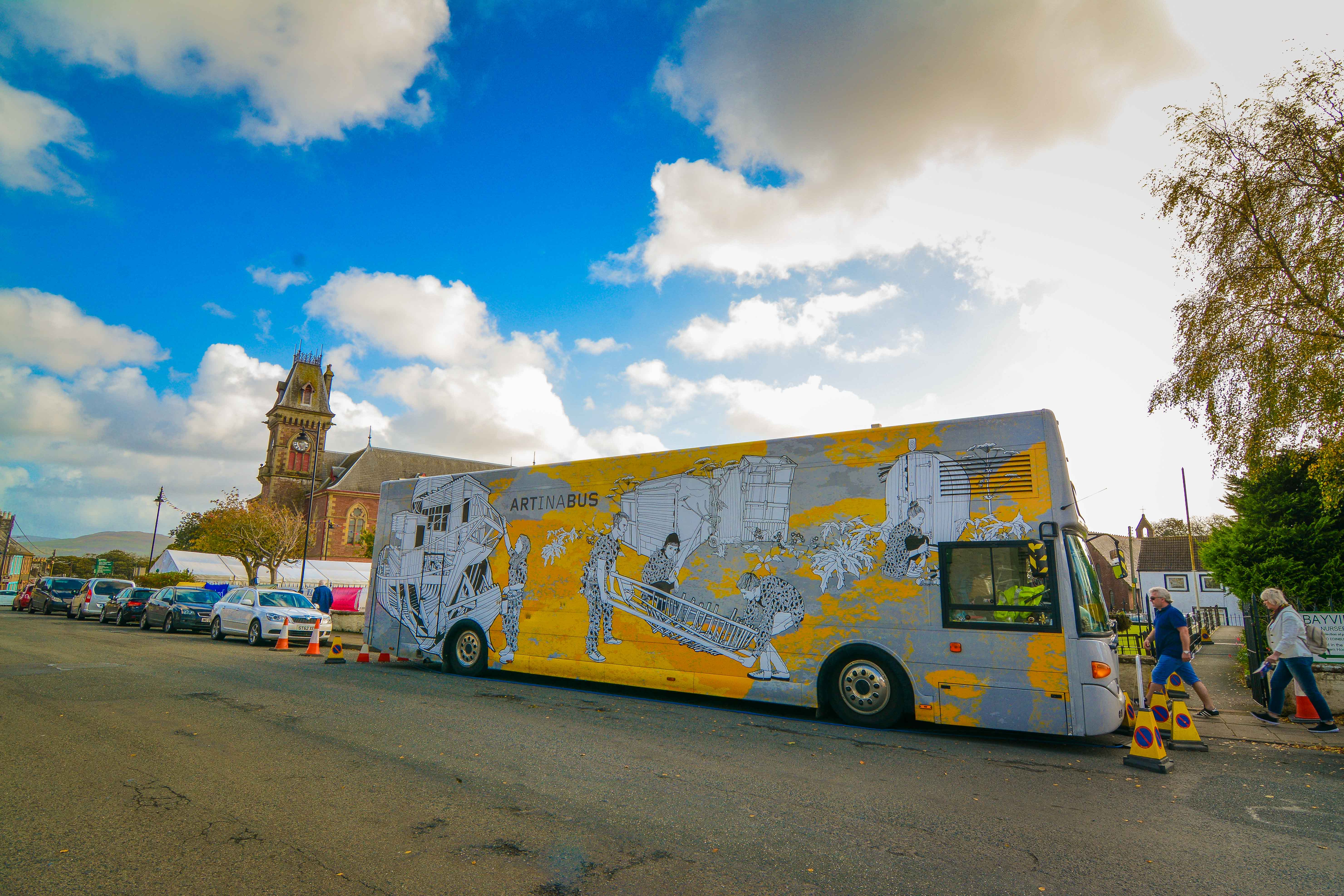 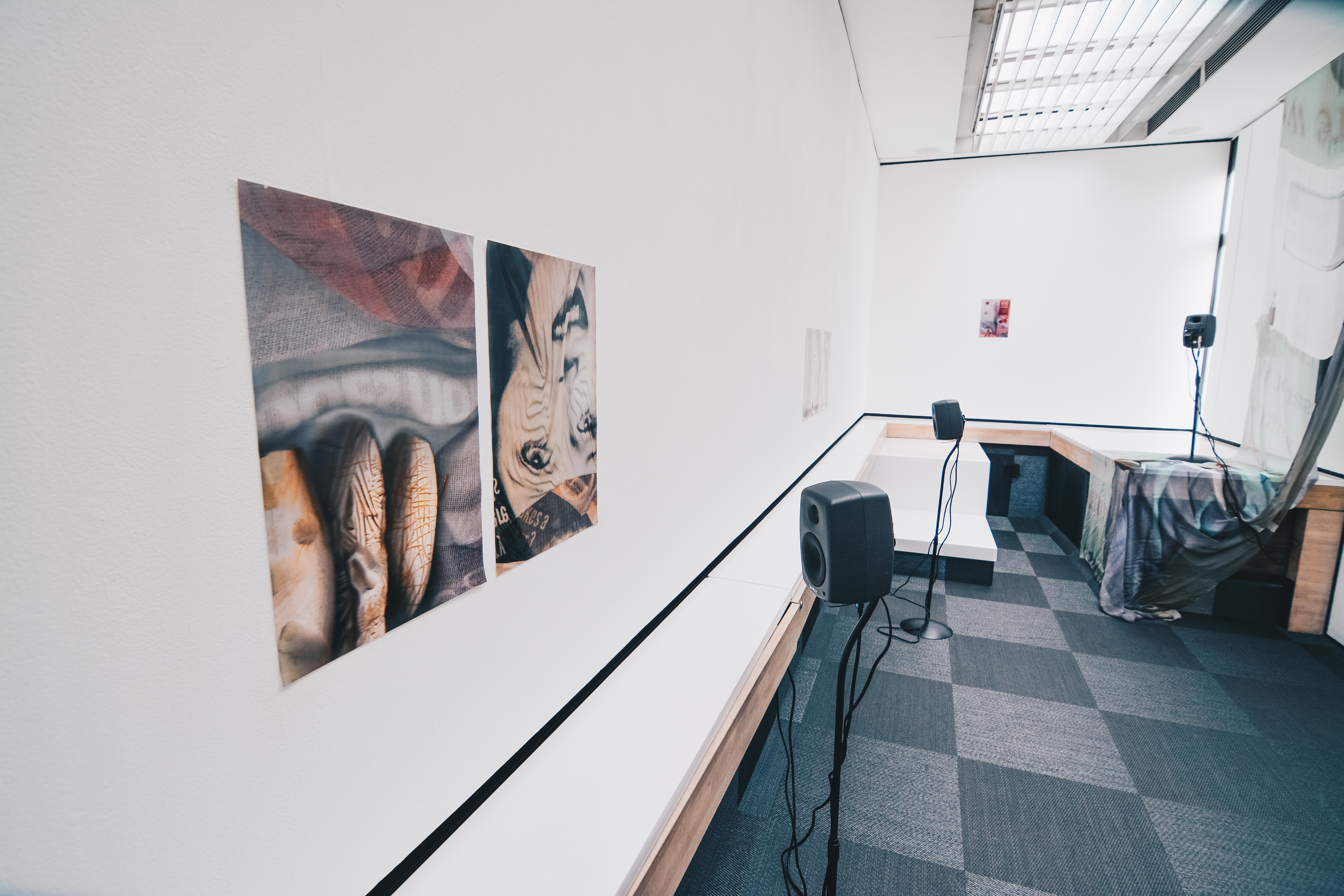 We then met up with Anne at the Writer's Retreat for coffee and a quick meeting to organise the day ahead. We chatted with journalist, Anne Brown who asked more about Confluence and how we saw the project developing. Anne kindly offered details of contacts she knew who would be helpful. We are excited to follow these leads. 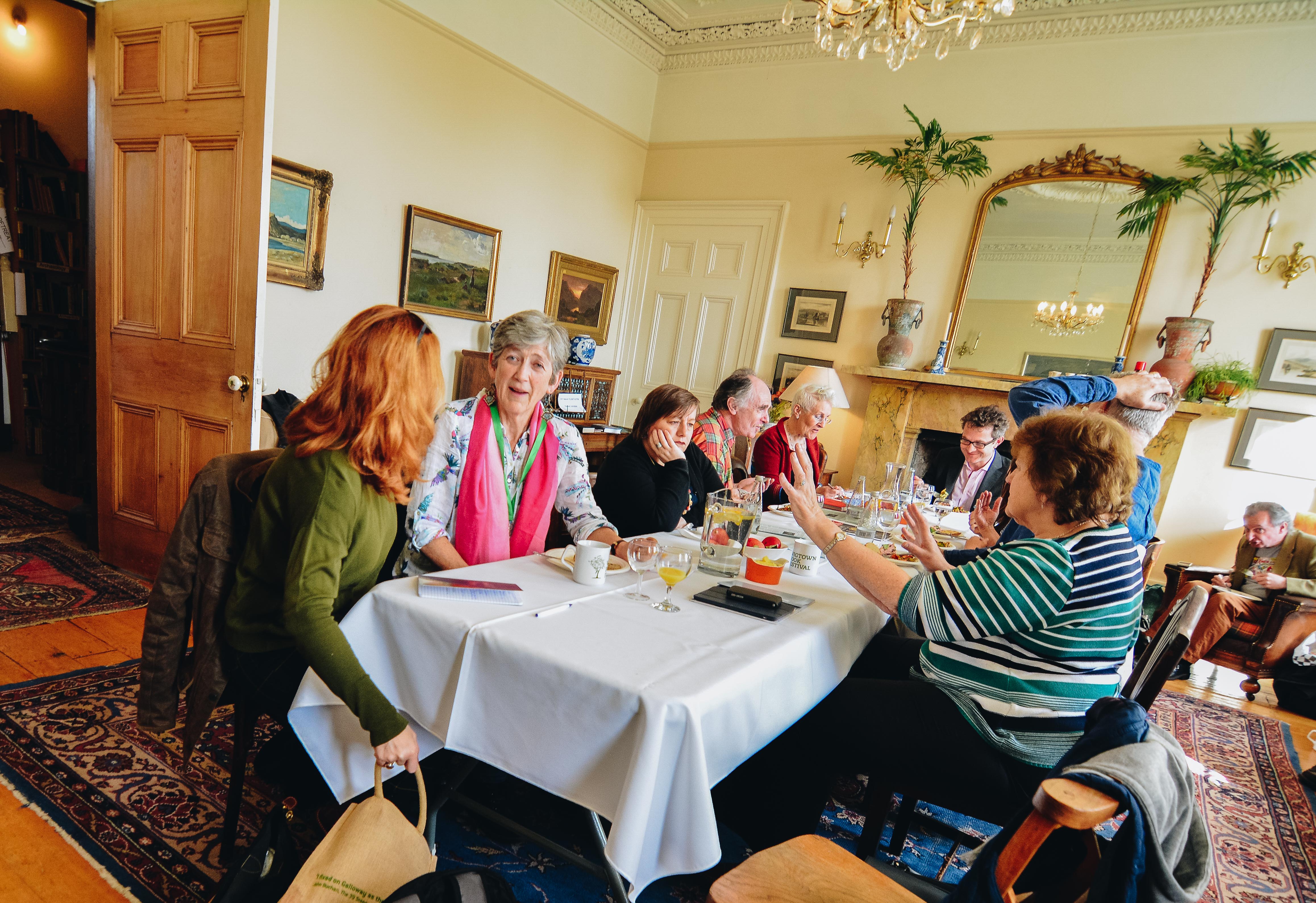 As part of the festival residency, Anne had arranged to tell stories to the local children. We walked around the corner to Wigtown Primary School. Houssain, entering a British school for the first time, enjoying the experience and anticipation of the event. As we listened, along with the young audience, to Celtic tales, the two of us were no longer adults...we became children again, it was magical. 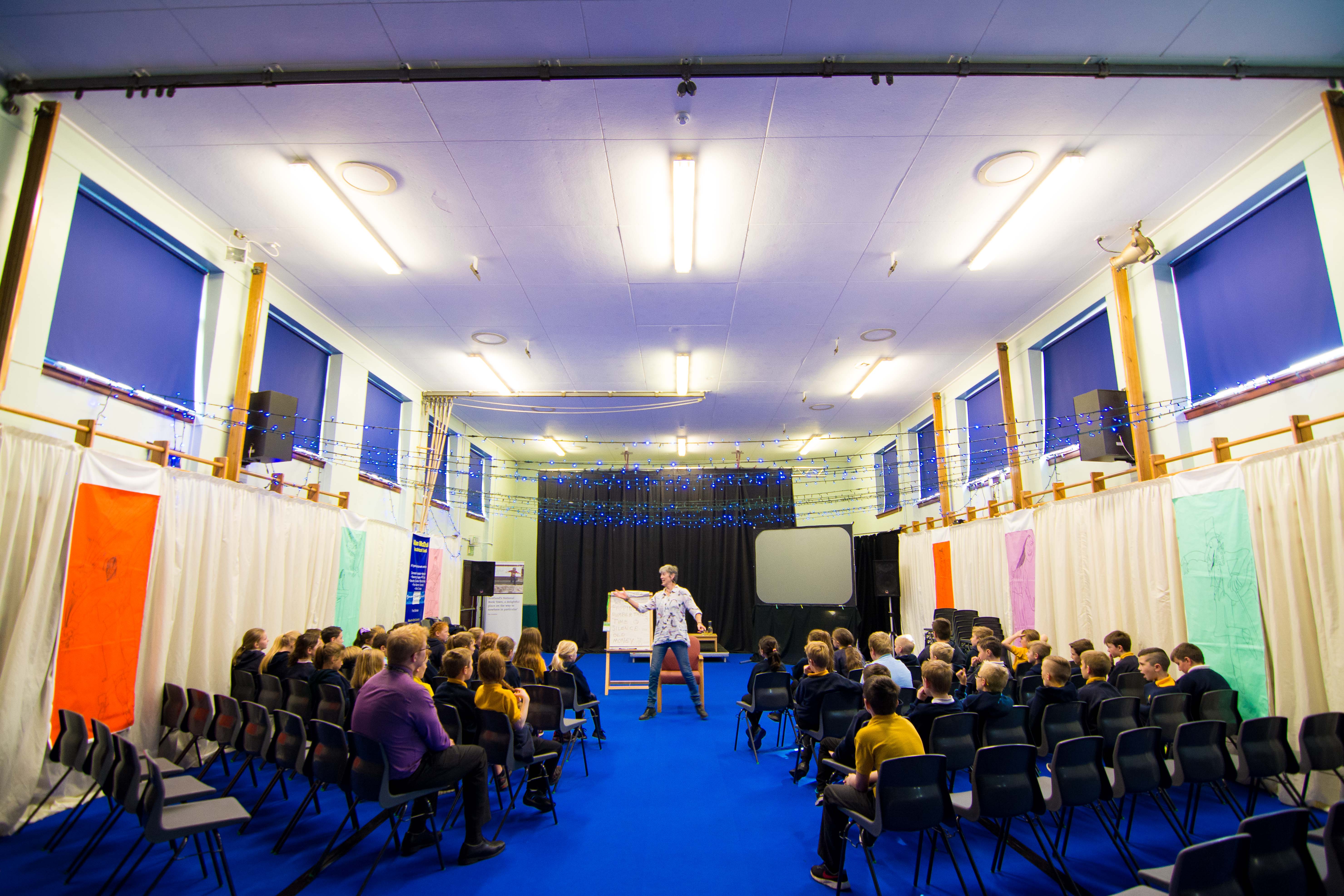 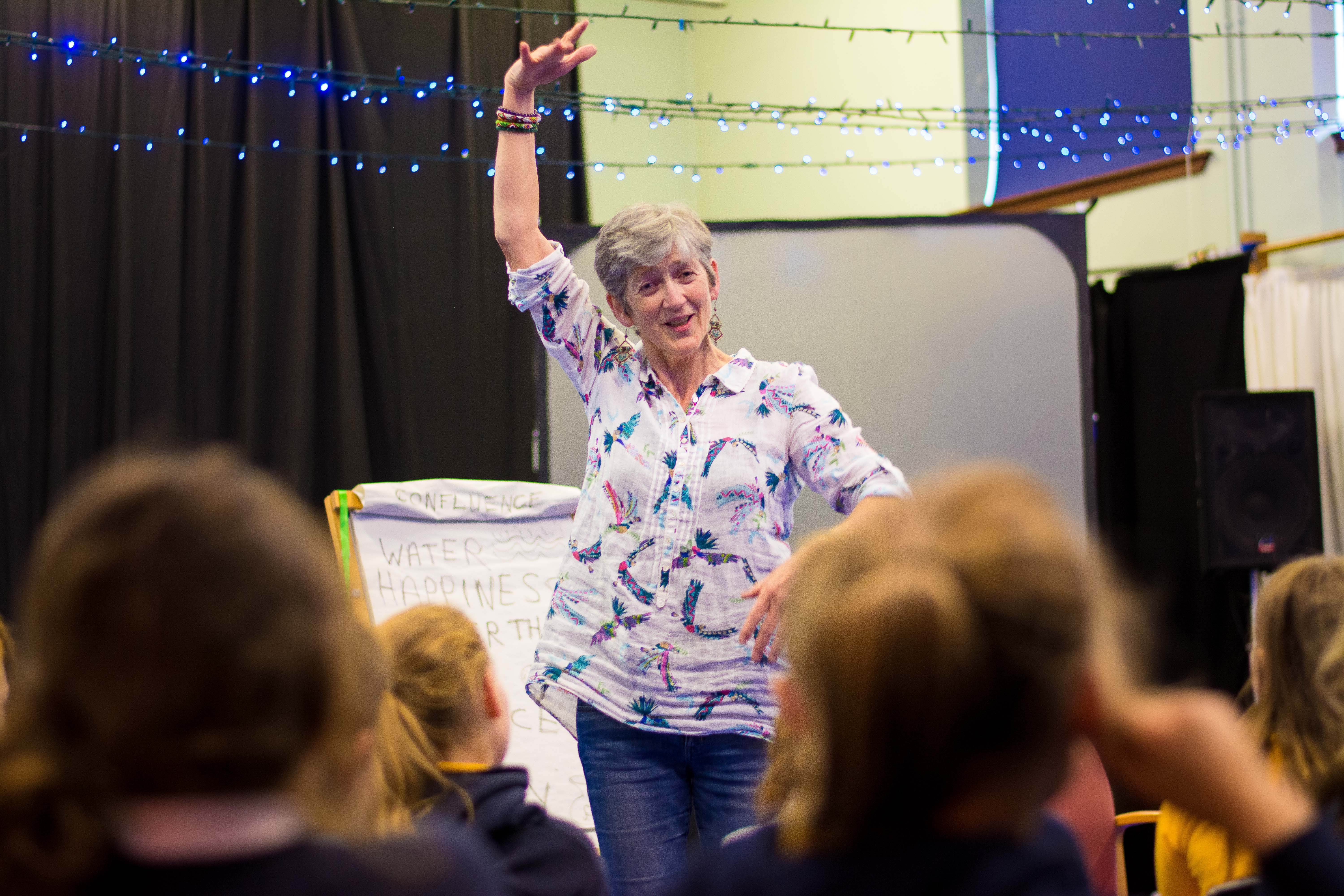 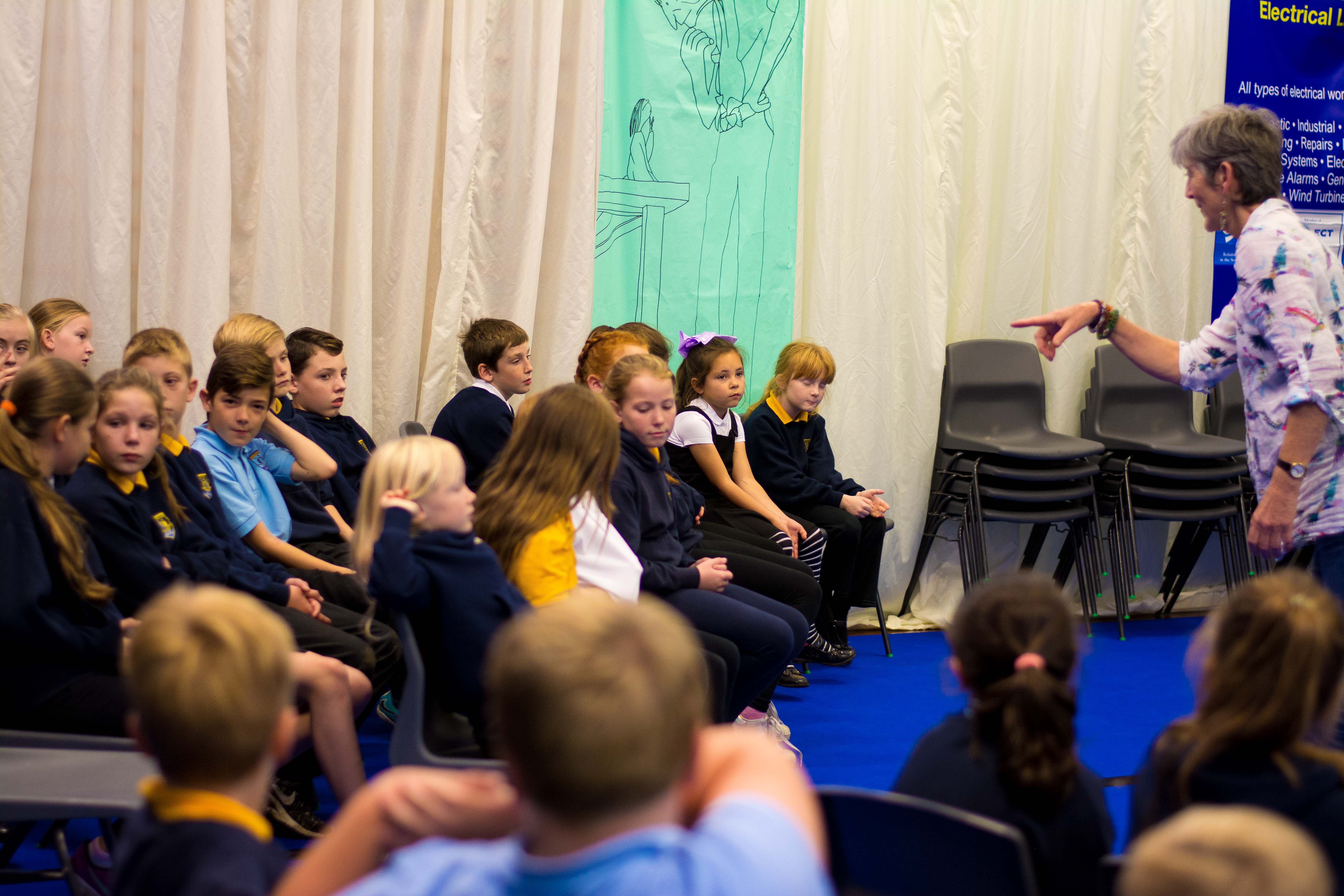 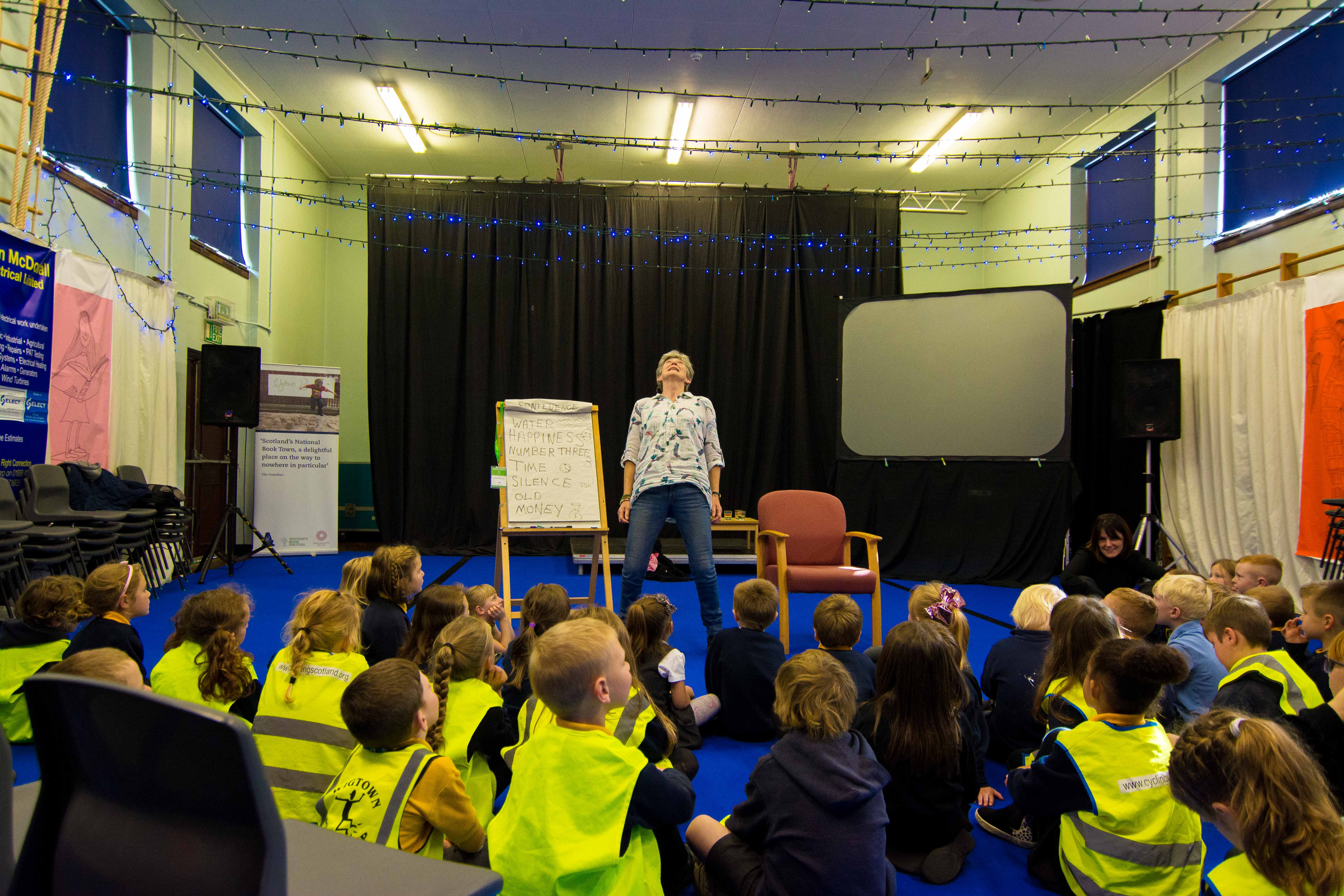 Later in the afternoon, Houssain attended a serious talk by British author, journalist, and political commentator, Douglas Murray. The talk was about his new book "The Strange Death of Europe: Immigration, Identity, Islam." The author shed light on the fact that Europe is losing its European identity due to huge mass immigration. "To pretend that there are no differences between European culture and an Immigrant's culture is very odd." - Douglas Murray. 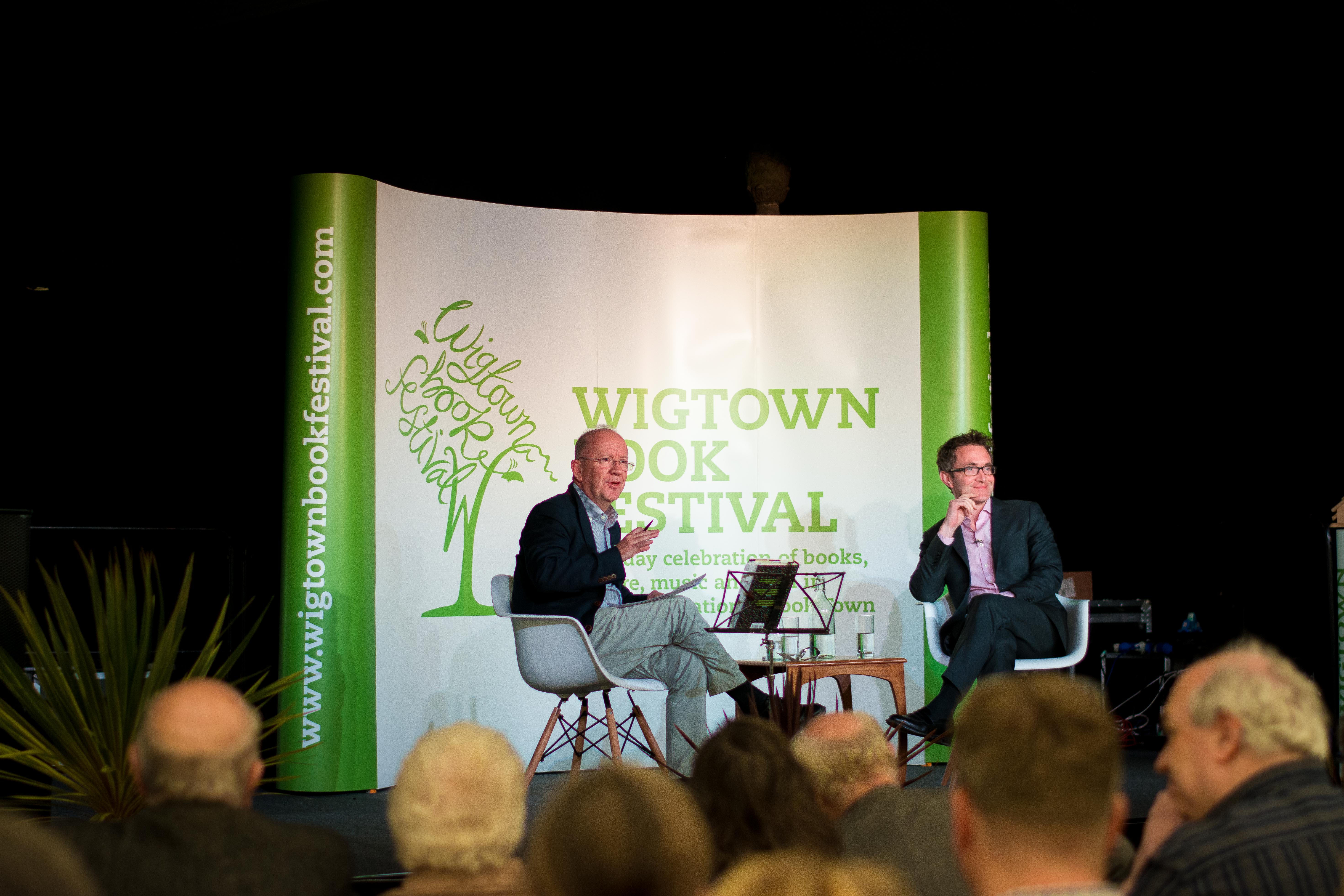 Not in the mood for such a serious talk, I enjoyed afternoon tea at an event entitled 'For the Love of Anne of Green Gables." Lee Randall hosted the panel which included Jessica Fox, Marjorie Lotfi Gill and Chitra Ranaswamy, oh and not forgetting Chitra's gorgeous seven week old daughter!

From the beginning of the discussion I was quickly whisked away to another world, one of crotchetiness and puffed sleeves. Learning from Lee about author, Lucy Maud Montgomery and her own trials in life was fascinating. Hearing from the panel about their favorite moments in the book and about each character, made me want to read the book again immediately.

In the evening, once back at the cottage we all relaxed, chatting about the day and enjoyed watching a thunderstorm over the sea.