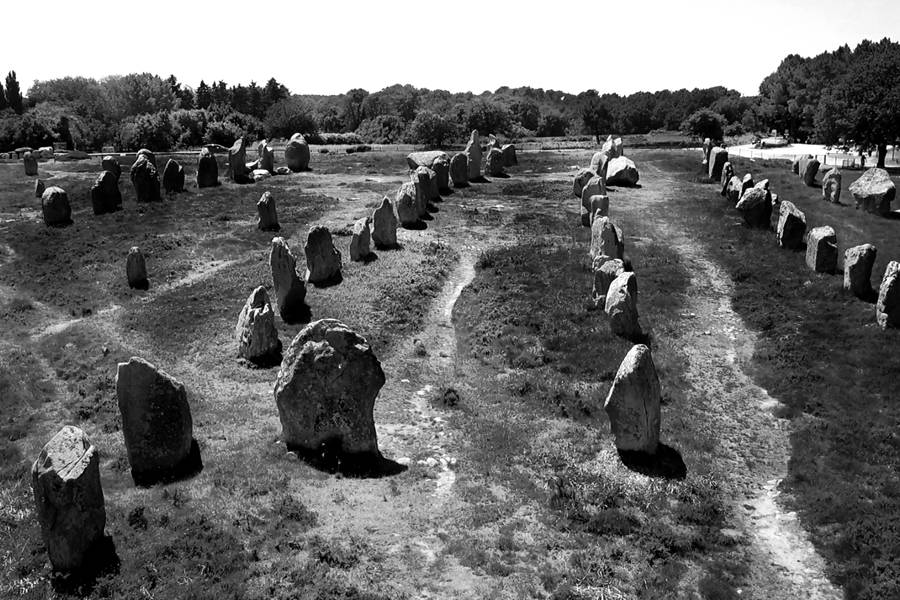 The Confluence road trip through Brittany, North West France and onto Galicia, North West Spain, then back home to Scotland is a distant memory. I had good intentions of blogging regularly along the whole, nearly four week journey, but that quickly became a challenge, partly due to my husband having to work on our shared laptop, due to the lack of decent wifi at many of the campsites we stayed at, or choosing to spend time living in the moment.  I did however, take a lot of photographs and gathered many ideas along the way.

Celtic history helps us understand who the Celts have been and gives us a glimpse into the foundations of Celtic storytelling and folktales. A strong Celtic culture emerged in Brittany and even if very little has survived from this shadowy period, the druids, the charismatic priests of the time, have left the deepest imprint on our imaginations.  The abundance of folk tales and legends from the region is an indication of the culture and its varied landscapes. Stories of time gone by, which have formed part of the soul of Brittany.  The tales talk of a mixture of faeries, kings, saints and Korrigans, (a pixie like spirit that can range from mildly mischievous to downright evil and tends to be associated with water). 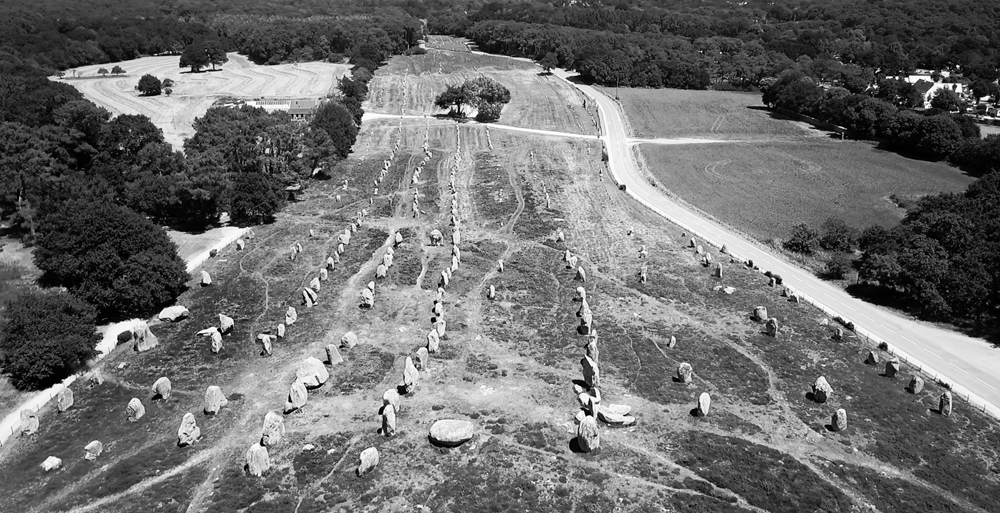 On a farm near Plouhinac, near Hennebonne in Brittany lived a sister and brother, Rozennik and Marzinne. They were considered by the locals to be rich as they always had enough to eat and had shoes for their feet. The sister was loved by a man called Bernez but he had no money, so the brother told him he had no chance in marrying his sister.

One Christmas Eve all the people that worked on their farm gathered for a meal, a big bowl of rich soup was set on the table and a spoon for each guest. There was a lot of chat and everyone was looking forward to it because the food was always good, when the door of the kitchen opened and in walked an old beggar. Silence fell because they all knew he was not really an old beggar but a wizard and if you offended him your animals may fall ill or your crops fail. The guests made room for him and he was given a spoon, but the fun had gone out of the evening. When the food was gone the beggar asked if he could sleep in the barn as it was a cold night out there.

The farmer agreed and led him to the barn, which was just about empty except for an old donkey and an old ox. The old man gathered some straw around him and lay down close to the animals for warmth.

The clock began to strike midnight and the donkey stretched and yawned,

“How are you, my friend, on this fine Christmas Eve?”

“I am well, thank you.” said the ox, “but I am not sure about our company! Can he be trusted? Won’t he tell everyone.”

The beggar gave a snore.

“Hmm, he does not seem to have improved much since he last slept here”

“If he knew about the stones of Plouhinec his fortune would be different.”

“The stones are due to go to the river for a drink?”

“Yes, it will be New Year’s Eve in a week and they will all go down to the river Intel to drink and all the treasure under them will be free for the taking.”

“Ah it is a bit more complicated than that I have heard!”

”Oh yes you need a 5 leafed trefoil and a bunch of Crowfoot, and of course a human sacrifice to the stones or their treasure will turn to dust.”

The ox opened his mouth to reply but their time for human speech was over. The beggar lay there, who had of course been pretending to be asleep.

“I think I will go and find those plants tomorrow.” He then turned over with a smile on his face and went to sleep. 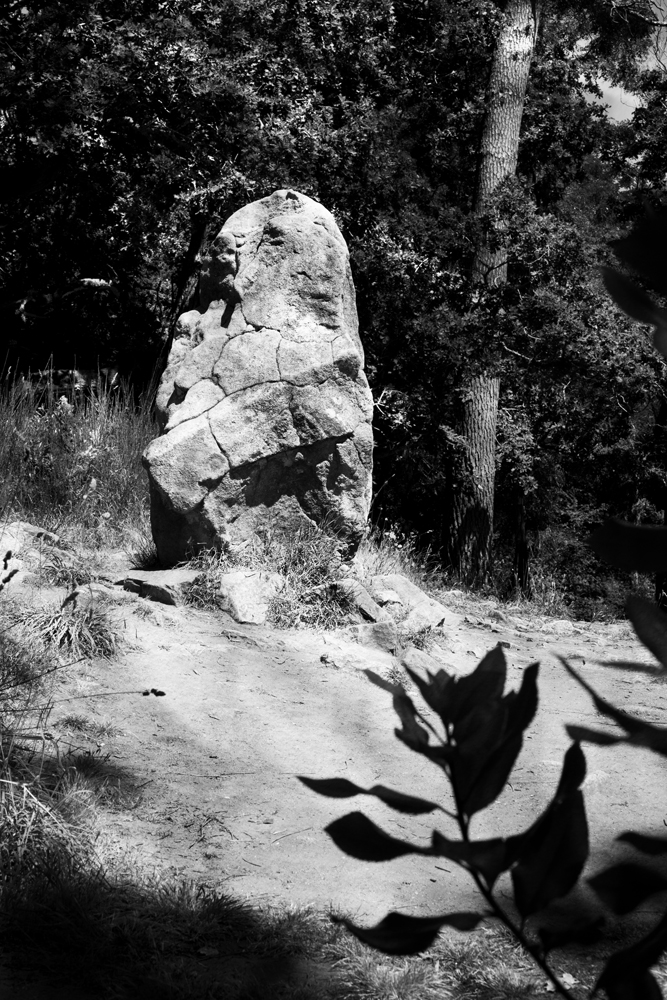 The next morning the beggar set off South, where it would be easier to find the plants at this time of year. Even so they were still difficult to find but the day before New Year’s Eve he had what he needed and he headed back to Plouhinec. The next morning the beggar went to the moor that surrounded Plouhinec, and there, two rows of huge stones could be seen standing, dark against the sky. People believed that long ago the korrigans, or fairies had built them.  The beggar was walking along the line of stones and at the tallest one he stopped for there was Bernez with a chisel carving something onto the stone.

“What are you carving?”

“You are hoping it will help win Rozenne” laughed the beggar. Bernez did not reply.

“Tell you what, I will let you into a secret. Under each stone is treasure and at midnight the stones will go down to the river for a drink. I am going to be waiting with bags to grab the gold. Why don’t you join me?”

Just before midnight the beggar and Bernez met, in one of the little groups of fir trees near the stones.

“What will you do with the money?”

“Give Rozenne everything she wants.”

“There will be more that that.”

“Give her family everything they want!!”

“There will be even more that that...” The beggar’s eyes shone in the moonlight at the thought.

At that moment the ground shook, all went silent then there was a creaking and groaning and the stones moved, swaying, rolling down to the river.

The noise became a quiet humming, a song almost. The beggar and Bernez could see the treasure glowing and they rushed forward. The beggar, filling bags, and Bernez his pockets. It seemed as though only a few moments had passed when the ground began to shake again, the stones were coming back. They marched in two long lines and it seemed that when they saw the two men they moved faster, straight for them.

“Not me Bernez!” cried the beggar, “Not me! I have the trefoil and the crowfoot and you are my human sacrifice.”

He took them out of his pocket and held them high in the air.

Bernez shut his eyes and he felt a stone stop right in front of him, the ground rumbled as all the others marched around them, back to the places they had stood in for hundreds of years. Bernez opened his eyes and in front of him was the tallest stone on which he had carved the cross. The stone moved around Bernez and headed to his own space. As for the beggar he was so busy picking up his bags confident that he was safe that when he heard the noise behind him it was too late. He was crushed by the stone as it made its way home.

Bernez went home with his gold and the beggars too, he married Rozenne and they lived happily ever after.