A creative project for young people (30 years and under) to learn filmmaking skills. 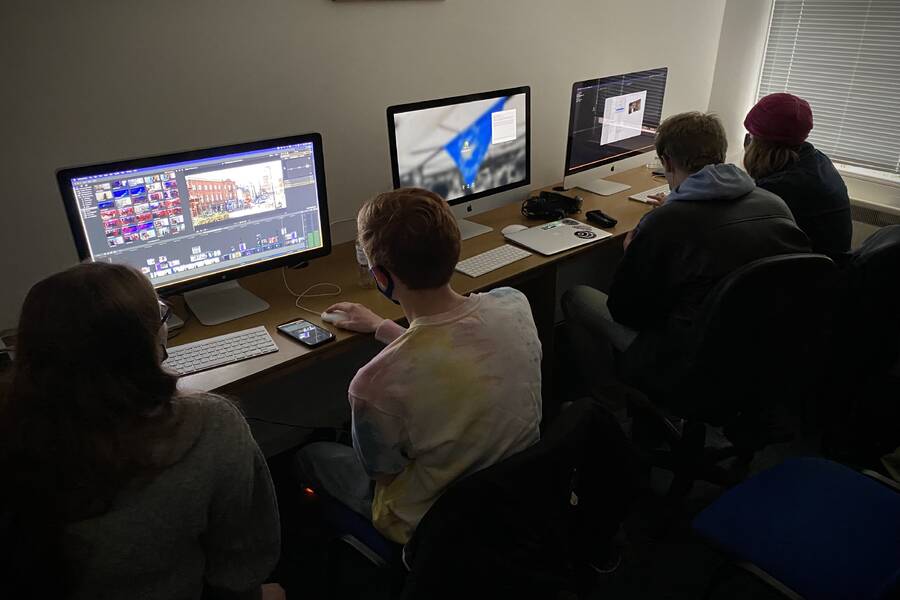 Jump Cut was a project for a small group of young people aged 18 – 30 from Dumfries & Galloway to work alongside established filmmaker, photographer and visual artist Colin Tennant, to create short films inspired by the diverse cultural programme of Upland and the DMC (Dumfries Music Collective).

Jump Cut ran between late April – August 2021 during which time, 4 young people worked with Colin over 16 days. Colin acted as a film making ‘mentor’ sharing his skills and knowledge with the group and supporting them throughout the process. The project culminated in the production of a short film entitled 'The Plaza: A Documentary' which captured behind the scenes footage as DMC prepared for their Plaza gigs. The film was screened

Jump Cut was conceived to help address the shortage of initiatives for young, emerging artists to develop film and digital moving image work. The idea for Jump Cut arose out of a desire to formalise mentoring Colin has provided with Upland previously.

For a number of years Colin has worked for Upland to document projects and initiatives often creating short films and photo essays. In recent years he has informally worked with young people on some of these film projects. Two examples of this were in 2019 when Colin worked with two Dumfries and Galloway emerging artists (Kirstin McEwan and Ruari Barber-Fleming) to create films for Upland. These were:

The aim of Jump Cut is to work towards developing an innovative and exciting incubator for young people to develop skills as filmmakers and moving image artists.

Colin Tennant is an award-winning photographer and filmmaker from Dumfries & Galloway. He uses visual storytelling to create artistic, documentary and environmental work for a wide range of clients and organisations as well as his own personal projects. Colin collaborates with many different communities and individuals and draws inspiration from historical, creative and ecological references.